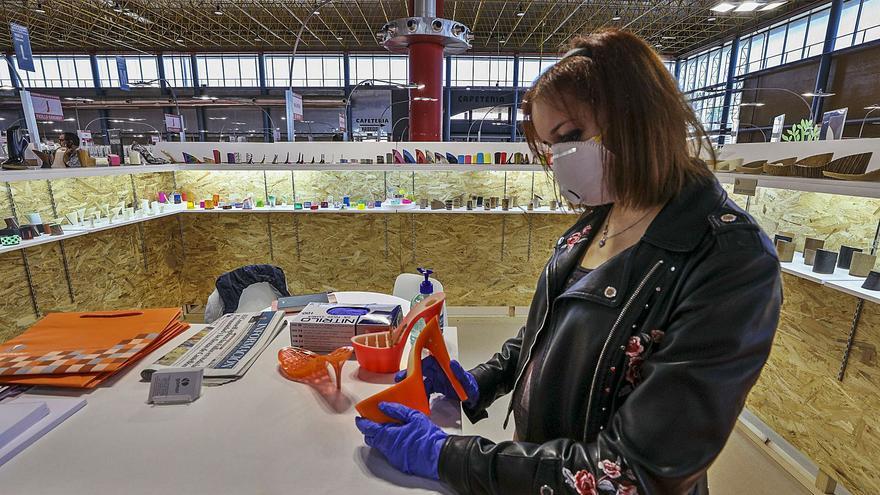 Footwear, like the fashion sector in general, it is being one of the hardest hit by the covid crisis. The drops in sales during 2020 have oscillated between 30% and 40%, generating a dynamic that is still going to be difficult to correct. As if this were not enough, both the shoe companies and the auxiliary footwear industry, equally affected, have been left out of the direct aid authorized by the central government, which has aroused the logical indignation.

Well then. In this complicated context, in which it seems almost impossible that things could get worse, it turns out that the horizon begins to fill, even more if possible, with black clouds. And all on account of the fact that the US, which is now the fourth international market for Spanish and Alicante footwear, is considering the possibility of increasing tariffs to make exports more difficult.

98 MILLION. Community exports to the USA

The footwear companies of the Valencian Community sold 98 million euros to the United States last year, a country that is the fourth destination for exports.

Within the pulse that the North American country and the European Union are maintaining on account of the called digital rate, the Office of the US Trade Representative, charged with recommending and developing a trade policy for the president, has proposed imposing a 25% tariff on footwear, handbags, headgear and glassware from Spain. This charge would be added to the 10% currently in force, which would shoot the percentage up to 35%. Within the framework of these negotiations, the different tariffs proposed for each EU country would be applied on different dates, with May 5 being the one chosen for Spain.

Although there is a month left to reach that momentO, there are companies that have already begun to suffer the consequences. This is the case of Manufacturas Newman, from Elche, whose manager, Manuel Ruiz, points out that US customers are paralyzing orders already committed due to the fear that these increases will come true and that they will have difficulties when it comes to marketing the items.

«After the work that it has cost us to restructure the product to open new markets, now we are faced with a measure that will mean that we cannot sellr “, laments the businessman, who adds that, if the tariff increase is confirmed,” the bad situation in which we find ourselves will worsen, putting us on the ropes. In the end, we are going to have to go to China to manufacture ”. Ruiz calls both politicians and sectoral representatives to “take action on the matter, because nothing less than the footwear union is at stake.”

Pulse between Europe and the North American country

The threats of tariff hikes are part of the pulse that Europe and the United States maintain on the possibility of implementing the “Google tax” for North American digital companies.

For her part, the president of the Federation of Spanish Footwear Industries (FICE) and the Valencian Association of Footwear Entrepreneurs (Avecal), Marián Cano, points out that at the moment there is no official notification. “Within the debate between the United States and Europe, different sectors have come to light, and we are pending,” he says. However, he acknowledges that these tariffs “would have a notable impact on the sector, at a time when the strategy is to diversify markets.” The US is the fourth export destination behind Germany, France and Italy, with 98 million euros sold last year by the Valencian Community after a 30% drop in relation to 2019.

Manuel Roman, President of the Spanish Association of companies for Footwear Components (AEC), points out that “we are waiting for events, although the threat is real and has us totally in suspense. We are going to contact Brussels and the central government to intervene and prevent this nonsense, “he recalls.