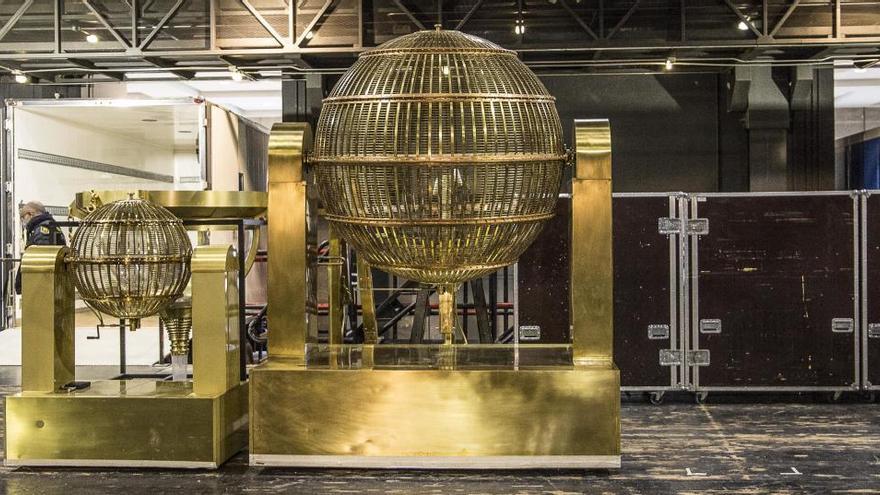 Technicians from the Ministry of Finance (Gestha) estimate that the Treasury will enter this year 156.5 million euros for the taxation of the prizes of the draw Christmas lottery, which is 18.6 million euros less than what was pocketed last year due to the increase in the exempt minimum.

In this way, Gestha explains that the “bonus” for public coffers will be 11.9% lower Because the minimum exempt from taxation was increased from January 1 of this year to 40,000 euros, from 20,000 euros exempt in 2019.

With regard to the Christmas Draw, the technicians remember that when taxing with the 20% Lottery prizes from 40,000 euros, the winners of the first three categories obtain 4,000 euros more than the tenth with respect to last year.

On the other hand, Gestha warns that the foundations, associations and non-profit entities multiplied by eight the Lottery prizes, mainly from the Christmas draw, until reaching the “incredible” figure of 427.7 million euros in 2019.

Despite the fact that the number of prizes subject to lottery tax decreased by almost half, by 42% due to the increase in the exempt minimum of each tenth winner in 2019 from 10,000 euros to 20,000 euros, last year they were distributed 294 million euros more in grand prizes, Of which, entities and companies earned 374.8 million more, a spectacular increase of more than 700%, by also grabbing another 85.1 million prizes that families did not win.

The union has been warning since 2017 that the collection of prizes by entities and companies had skyrocketed, and insisted on modifying the Corporation Tax law so that the prizes that legal persons win are taxed at least the lottery tax for prevent companies and entities in losses or partially exempt from not being taxed and get a refund of the 20% withholding.

According to their calculations, until October of this year 2020 the legal entities would have won 340 million in prizes from Lotteries of more than 40,000 euros each, a figure that will increase after the Christmas draw.

In fact, the technicians have been demanding that the AEAT allow them to open a tax investigation and money laundering program for foundations, associations and other non-profit entities that accumulate 99.5% of the prizes obtained by legal persons, as well as people who win great prizes in different raffles.

However, finally in 2021 “Suspicious awards” may be investigated, when the tax fraud prevention law that is being processed in Congress enters into force, which will allow the AEAT to “immediately know” the prizes paid with or without withholding, identify the winner, the dates of the draw or bet and the payment of the prize , among other relevant data, as demanded by Gestha.

In this framework, the Treasury technicians ask the coalition government to replace the minimum exempt from the Lottery, ONCE and Red Cross prizes to the first 2,500 euros, since they consider that this would discourage gambling, in addition to not seeing any tax justification for not paying a chance gain of 40,000 euros, and instead the minimum vital income or a subsidy of 1,000 euros forces to declare.

In fact, they emphasize that the prizes have no impact on the income tax of the winners, who only add in their Declaration the returns generated by the money obtained, such as bank interest. “They are not even affected to request scholarships, assistance benefits or other public aid that depend on income and not on assets, since the amount of the prize is not included in the income tax base, although it does have to be included in the Wealth Tax if it reaches the regional minimum to present it, “he explains.

Gestha insists that to end fraud you do not have to increase exemptions and lower taxes, but “to combat avoidance through greater competencies and responsibilities of the Treasury technicians to improve control and collection.”