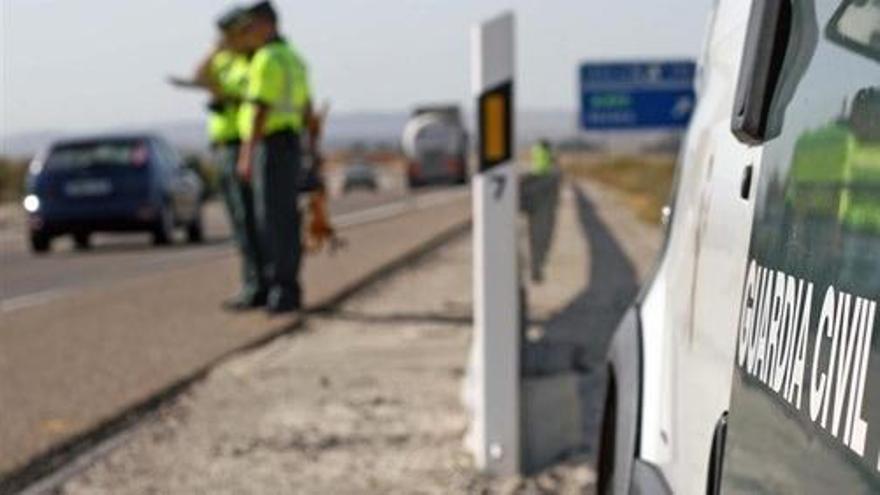 The Provincial Court of Almería welcomes this Monday the start of the oral hearing against Ana María BL, the 38-year-old woman who is facing reviewable permanent prison accused of murdering her seven-year-old son in 2019 at his home in Huércal de Almería.

The popular jury must decide, after taking evidence in the oral hearing, if the accused suffers from an acute and transitory psychotic disorder that caused “a partial alteration of her volitional faculties” or if, at the time of the crime, he did not suffer from any disorder “beyond feelings of sadness, anger and impotence due to the situation he was experiencing of rejection of the ex-partner and his son, a situation that did not diminish his ability to know and act “. Both the Prosecutor’s Office and the private prosecution request a reviewable permanent prison for Ana María BL, although the Public Ministry appreciates the analogical mitigation of psychic alteration.

The private prosecution, which does not see a psychiatric disorder, qualifies the death of the child as a murder with the aggravations of kinship and treachery, and adds, with respect to the rating of the Prosecutor’s Office, the aggravating circumstances of abuse of superiority and taking advantage of the circumstances of the place, cruelty and abuse of trust.

Among the facts to be prosecuted is, likewise, if Ana María BL, after causing the death of her son by strangulation with a noose in the family home, he prepared “with total premeditation and conscience to dress the minor, prepare a small backpack with toiletries and 1,400 euros in cash to flee the scene. “The prosecution adds that he” crossed while carrying the minor in the direction of the car “with a neighbor” who was struck by the fact that, being the 9:30 am, continue to sleep, “who” came to ask the accused about this fact, “who” did not answer anything and began to ask her for help while he held the child in his arms, already dead, so that the neighbor herself would take the keys out of her pocket and open the car, helping the witness who was not aware of the facts and without noticing symptoms of nervousness or regret at any time “.

“Cause the greatest possible harm to the father”

The private prosecution also maintains that when she was arrested in El Ejido after trying to run over the agents in the vehicle in which she was traveling next to the lifeless body in the passenger seat, “she had small scratches on her face and showed only interest in the backpack he was carrying with 1,400 euros, with a attitude of maximum coldness and tranquility“.

The popular jury must decide in court if they exist, regardless of two crimes of mental injuries to the father and paternal grandparents of the child that both accusations are accused of, two crimes against moral integrity and if, therefore, as the private accusation maintains, “it was trying to cause the greatest possible damage to the minor’s father” and if the paternal family is suffering “affectation of its state of health, with symptoms of post-traumatic stress disorder, and impairment in the development of their daily activities “.

The Public Ministry maintains that Ana María BL killed her son Sergio on the morning of October 10, 2019 “while he was confidently and innocently lying on the bed in the main bedroom of the house and was totally oblivious to the criminal intent “of his mother.

Prosecutor María Ángeles González Magán remarks that the defendant “was fully aware” of the superiority “that her age and” different body structure gave her “and that”deliberately killed him when he was totally unprepared and with absolute disregard for the life of her youngest son. “” Suddenly and suddenly, so that the victim could not in any way expect such an attack coming from her, she proceeded with evident and disproportionate physical force to place a tie of cloth on the neck of the minor and tighten until suffocating him, causing him death due to the great pressure exerted and this with full awareness of ensuring such a fatal result as the victim does not have the opportunity to defend himself given his vulnerable condition and his natural defenselessness, ” .

The indictment against Ana María BL indicates that Sergio died of “anoxic anoxia due to strangulation, due to laryngo-tracheal closure secondary to the constrictive effect of the strangulation loop.” According to the account of events, the accused moved the lifeless body of the minor in the right front seat of the vehicle to the address of an acquaintance in Las Norias de Daza, in El Ejido (Almería).

When the woman “saw the obvious signs of anoxia presented by the minor,” she requested, with the help of a neighbor, the presence of the Civil Guard “who tried to intercept the car that the accused was driving.” “This, repeatedly disregarding the high orders of the officials, with a clear contempt for the principle of authority, He tried to run over an agent with his tourism, who on several occasions avoided being run over by the defendant’s vehicle, “he says, although he adds that” finally the agents fractured the glass of the front left window, proceeding to arrest him. ” .

The prosecutor also alludes in her qualification that, at the time of the crime, the judicial attribution of guard and custody of the minor to one of his parents was pending and highlights that, given the “tragic events”, the father, the paternal grandparents, and his paternal uncles “are affected in their state of health, presenting anxiety-depressive symptoms associated with the traumatic loss of their loved ones” while suffering “post-traumatic stress disorder affecting the development of their daily activities.”

Apart from the permanent prison sentence for a crime of murder with treachery, the Public Ministry is interested in prohibiting Ana María BL from residing in the place where Sergio’s family resides or going to the place where the crime was committed for 30-year period, and a distance is set at one kilometer from the relatives by the father. As a direct civil liable, request that you compensate your ex-husband with 300,000 euros, with 160,000 euros to each of the paternal grandparents and with 120,000 euros to each of your uncles “to repair” the moral damage caused. For him crime of attack on authority, requests the penalty of 18 months in prison.

The Court of Violence against Women of Almería granted guard and custody to her father three days before the crime after he requested to modify the measures in force since 2017 arguing “neglect” of the minor by his mother.

Ana María BL was for nine days in July 2019 in a Mental Health Unit after the Court of First Instance 8 of Almería ordered her involuntary admission. Received the medical discharge with prescription of pharmacological treatment.

The woman has also been processed for an alleged crime of family abandonment by the Court of Instruction 2 of Almería and faces six months in prison accused of neglecting her son who was not taking to school and is being investigated for alleged crimes of coercion both to the father of the minor and ex-husband, as well as to the paternal grandfather of the child.