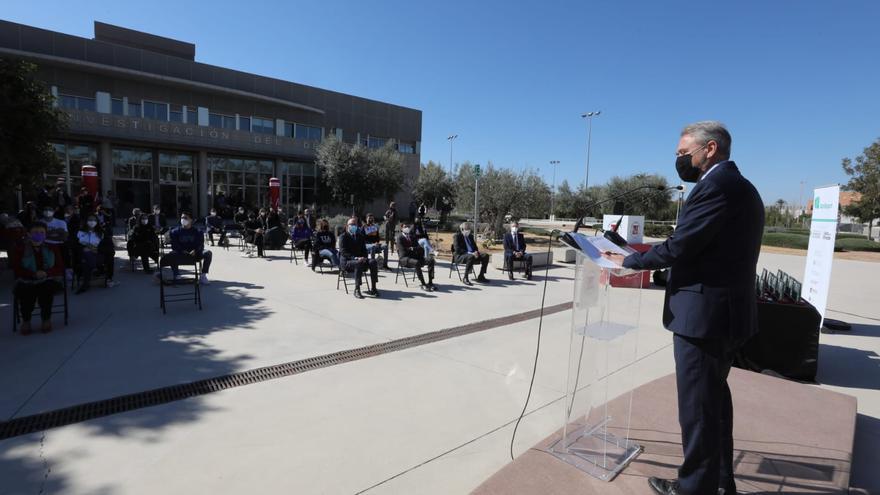 Through this agreement, the eight entities will collaborate again to promote projects related to the sport; they will contribute to the development of university sport in all its fields; They will collaborate to make society and athletes aware of the importance of reconciling sports and studies; and they will give visibility to the values ​​of the culture of effort, as well as to the different projects promoted by the Foundation.

This agreement will develop different lines of action and one of the main novelties for this edition is the drive to promote the internalization of the project in two lines. On the one hand, by promoting the participation of athletes and / or teams from Valencian universities in international championships. Specifically, the Foundation will finance with a 50% contribution the official cost of participation of university teams in the European Universities Games (EUG) or World University Championships (WUC) of the International Federation of University Sports (FISU).

Also, a line of helps for the acquisition of sports equipment for university athletes with the inclusion of the Comunitat de l’Esport brand in them. Lastly, the Foundation will financially support all FER athletes who are studying for an official degree, master’s or doctorate.

On the other hand, the “V Trinidad Alfonso Foundation Awards for university athletes” will be re-convened; specific awards for athletes with brilliant academic records. As in previous years, there will be an annual call for a prize male and female in each of the 7 universities for those athletes who combine their sports careers with their university studies. In total, 14 students will be awarded 1,000 euros and a commemorative plaque will be awarded to each of them. Likewise, in parallel, two Extraordinary Awards (best student and female athlete) will be announced annually, for the best academic records that have completed their studies at one of the seven universities. The award will consist of 2,000 euros and a commemorative plaque. The Foundation will be in charge of paying the amount of the prizes.

After the signing of the agreement, the Trinidad Alfonso Foundation Awards of the third edition that were pending delivery last year, due to the exceptional health situation caused by the covid-19. On behalf of the UMH, the students Noemí Sempere and Esteban Ortuño have been awarded.