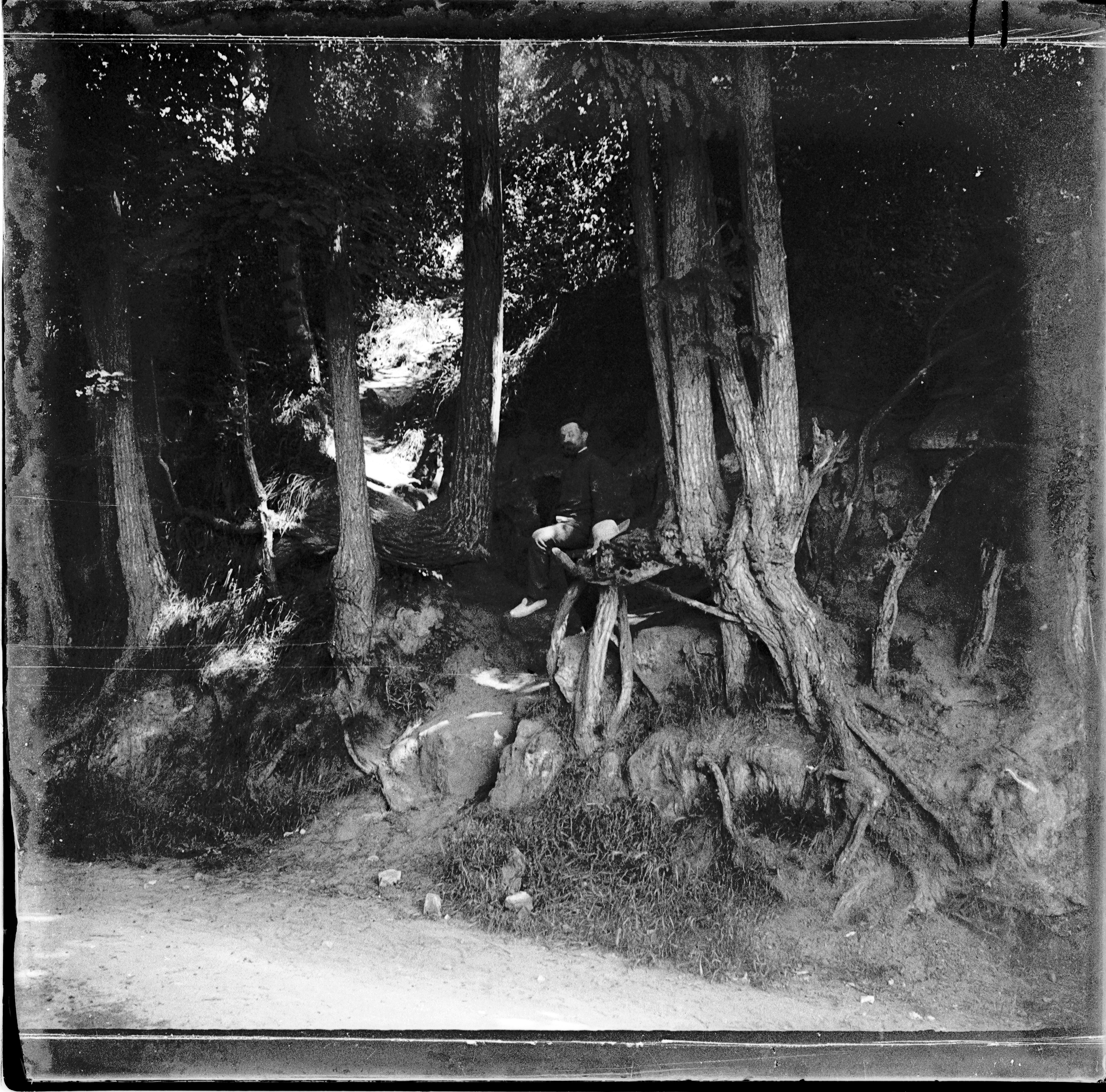 A photo found by an amateur historian and later recognized by an architect – both French – confirms the place where Vincent van Gogh painted his last painting. Taken in the town of Auvers-sur-Oise, north of Paris, around 1907, it shows the powerful acacia roots that caught the attention of the Dutch artist at the end of his life. Captured in his latest canvas, entitled Roots of trees, are on the road that leads to the Auberge Ravoux inn, where he died at the age of 37, on July 29, 1890, after shooting himself. As he Van Gogh museum, in Amsterdam, As the Van Gogh Institute, in Auvers itself, they affirm “with absolute certainty” that it is the enclave where he painted the picture. The new image is added to the postcard found in 2020 and both turn the area into a way station for fans. However, the roots are covered by a wall due to a conflict between the City Council and the owners of the land.

This Wednesday, Vincent Willem van Gogh, the painter’s great-great-nephew, and Emilie Gordenker, director of the artist’s museum in Amsterdam, received a reproduction of the photograph from the Van Gogh Institute. For its scientific director, Wouter van der Veen, it is a historical discovery “because the angle of the image is very similar to that chosen by the artist for his work, and several of the roots of this photo were later cut off and no longer appear. on the postcard presented last year ”, he explains, on the phone. He found the postcard in 2020 among the collection of a neighbor of Auvers, and this second photo has its own account.

Thomas Reveau, a French architect, follows the blog of an amateur historian, Fabrice Dassé, and saw a snapshot that caught his eye. Dassé collects data from the municipality of Pontoise, near Auvers, and last January published a text about a photographic report of the Oise river, a tributary of the Seine. It was a series of glass negatives, which he had bought in Belgium, and showed the boat trip made by the family of Edouard van Halteren (1874-1946), president of the Royal Nautical Club of Brussels. The excursion took place in the summer of 1906 or 1907 and Van Halteren is shown sitting at the roots, at the foot of Rue Daubigny, the path that led to Van Gogh’s inn. “The photo was upside down on the blog, but Thomas Reveau realized that it was the same place on the postcard, and it is moving that some fans have got it right,” adds Van der Veen.

Some 300,000 annual tourists come to Auvers in the footsteps of Van Gogh – buried in his cemetery along with his brother, Theo – to visit the wheat field where the painter shot himself or the room he occupied in the hostel. The pandemic has hampered travel, but the roots corner has yet another problem. According to Jean-François Serlinger, owner of the land where they grow up, “there is a power struggle within the City Council that prevents visits,” he says in a telephone conversation. His wife is an artist and admirer of the painter and they have resided in Auvers since 1996. The roots are in the back of their garden, “but there is a wall that has not allowed us to contemplate them since the discovery of the postcard was published last year” . The Town Hall then asserted its rights to the site, but the surveyors agreed with Serlinger on the property. He has filed an appeal for abuse of power by the mayor, Isabelle Mézieres, and has opened some holes in the wall so that you can take at least a look. He recounts his struggle on a personal web page, because it seems a lack of respect what is happening, since “this is a poetic and cultural heritage place, and it is covered,” he asserts. While awaiting events, Van der Veen considers the situation to be “a shame, with the wall rotting; municipal officials must do something ”so that Van Gogh’s latest inspiration can be admired.