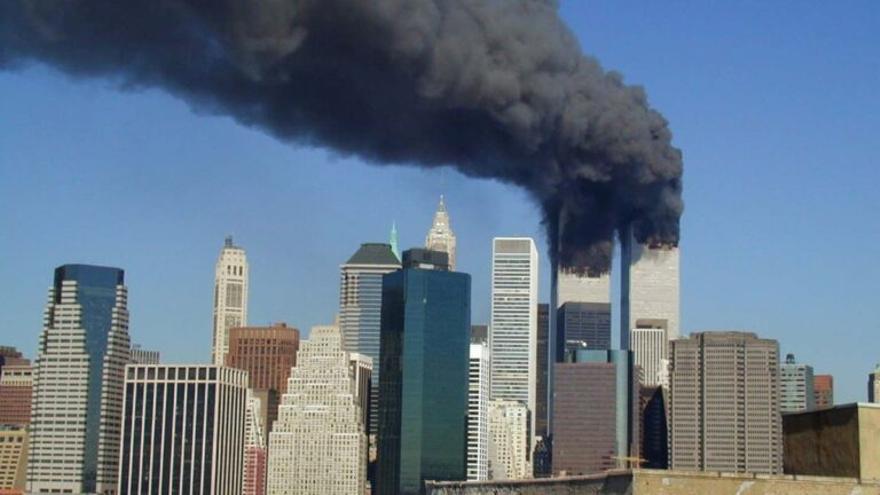 This article was originally published in 2016 and has been updated in September 2021 with new information.

The fire has never caused, before or after the 11 of September, the total collapse of a building with a steel structure, insists a group of scientists in an article published in the magazine Europhysics News, of the European Physical Society.

Reports from the US National Institute of Standards and Technology (NIST), “which attempted to support this unlikely conclusion, are not convincing a growing number of architects, engineers and scientists. Instead, the evidence overwhelmingly points to the conclusion that all three buildings were destroyed by controlled demolition. ‘

Given the implications of this conclusion, they note, “it is morally imperative that this hypothesis be the subject of a truly scientific and impartial investigation by the responsible authorities.”

The researchers are physicist Steven Jones, a former professor at Brigham Young University (Utah, USA), an energy expert, who has published articles on the presence of pyrotechnic material in the dust of the Towers; Robert Korol, emeritus professor of civil engineering at McMaster University (Canada), and expert in mechanical structures and steel structures; Anthony Szamboti, mechanical design engineer, with 25 years of experience in the design of structures for the aerospace and communications industries, and who has also published several articles critical of the official version of the fall of the Towers; and Ted Walter, director of strategy and development Architects and Engineers for the Truth of 9/11, an NGO representing 2,500 architects and engineers.

Versions NIST conducted a six-year investigation (2002-2008), which concluded that it was the fires that caused the three buildings to fall. However, according to the article published now, the fires are not capable of generating as much energy to cause the collapse; skyscrapers have water systems to put out fires, which prevent the steel from heating up to a critical level; the components of the structure have fire protection; and also the structures of the skyscrapers are very redundant, so that the fall of one part does not cause a complete fall.

The article criticizes the NIST investigation, which “had the predetermined conclusion that fire was the cause of the collapses.” Instead, they argue that controlled demolition is the only plausible explanation.

The editors of the magazine clarify in a note that this article “is somewhat different from the usual articles, purely scientific, because it contains some speculation.” However, “given the date and importance of the issue,” they consider it to be “sufficiently technical and interesting to be published. Obviously ”, they affirm,“ the content of this article is the responsibility of the authors ”.

Five years after the publication of this article, in September 2021, relatives of 9/11 victims have filed a lawsuit against NIST to get the judicial institutions to force it to carry out new analyzes and develop a new “probable collapse sequence” that be physically possible and consistent with the available evidence.

The plaintiffs argue that the only scenario for the collapse of Building 7 is a controlled demolition, informs Architects and Engineers for the Truth of 9/11.

“We present hundreds of pages of documents that show that your story about how Building 7 collapsed is totally false,” said Bob McIlvaine, whose son Bobby died at the World Trade Center. And he adds: “NIST did not give any meaningful response because their report is false and they know it.”

The main argument for the charges in the lawsuit is NIST’s admitted omission of a key structural feature of its computing model, along with the “irrational” explanation for omitting it from its report.

The plaintiffs argue that including such a structural feature would prevent the initial failure from occurring in the collapse scenario posed by NIST. They have asked NIST to rerun their analysis with the added structural feature, but NIST has refused to do so.

The plaintiffs also denounce NIST’s refusal to study a cast steel recovered from Building 7 and the agency’s refusal to interview witnesses who reported explosions.

These included Gigi Stone Woods, a NY1 reporter whose videotaped account of an “incredibly loud explosion” surfaced last year and who confirmed her story to Architects and Engineers for the Truth of 9/11 in January.