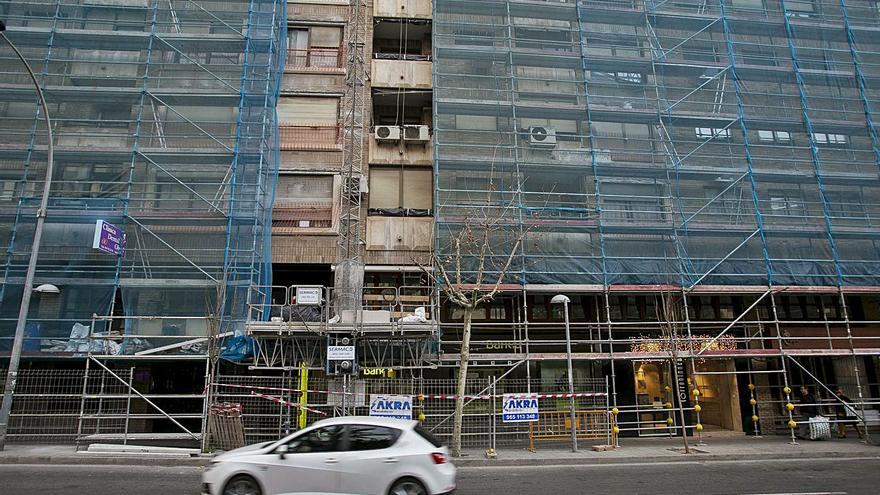 A reality that brings to mind the large operators in the sector, who must incorporate into their calculations the so-called energy risk to know the future profitability of their portfolios and also the real value of the buildings they want to buy, taking into account the investments that they will have to carry out to adapt its assets, as the legislation advances. The interest in anticipating this reality has led five European universities to join in a consortium to develop a tool capable of carrying out all these calculations, the CRREM (Carbon Risk Real Estate Monitor). A task in which a team from the University of Alicante has participated, led by Professor Paloma Taltavull and which also includes Raúl Pérez and Francisco Juárez, who yesterday presented the Spanish version of the program.

“What our tool does is calculate exactly when a building will become energy obsolete, that is, when its emissions will be higher than what the legislation indicates at that time. But, in addition, it calculates the economic impact of these emissions and how much should be invested for their renewal, “explains Taltavull. For example, one of the cases analyzed yesterday determined that a Madrid hotel would need to condition its facilities in 2033 and estimated the impact of its emissions at more than 300,000 euros, which gives an idea of ​​the budget that should be allocated to update it.

Although the initiative started from the academic sphere and is financed by the EU’s Horizon 2020 Plan, it quickly caught the attention of large funds around the world, which have already started to use this tool to incorporate the calculation of environmental risk into their investments. of operations.

«It must be taken into account that in the future if a building does not comply with the emission limits it will be penalized fiscally, which will reduce its profitability, or, even, it will happen as today with habitability certificates, that is very likely that if it does not meet the standards it cannot be rented or sold. It will be what we call a “stranding asset” ”, explains the UA professor, who points out that there are already agreements, including Japanese funds, despite the fact that the tool was designed to be used in the countries of the European Union.

Initially, the intention was to analyze industrial buildings and tertiary use but the demand for funds led them to also include residential buildings. In this regard, Taltavull points out that in the coming years we will witness a new wave of renovations of the housing stock and it will not only be large funds and investors who will have to face this expense. “Neighborhood communities, private owners, will also have to adapt or face the higher tax cost that living in an inefficient building will entail,” explains the expert in Applied Economics.

Taltavull and the rest of the team that has participated in this development point out that “90% of the existing buildings in Spain were built before there were any environmental regulations.” In fact, the Technical Building Code, which is the first that clearly incorporates this type of criteria, is from 2007. The reduction of the carbon footprint of buildings will come mainly through economic efficiency, but Taltavull recalls that already work is beginning to create self-sufficient buildings that generate their own energy.

The opportunity for recovery funds

The EU stimulus plan for economic recovery after covid-19 has a marked environmental orientation, so Paloma Taltavull believes that it may be a good opportunity to channel part of these resources towards projects that improve the energy efficiency of buildings . The expert foresees a notable investment flow in the coming years for the rehabilitation of buildings with environmental criteria.