Airsoft is a game with weapons that are less than lethal. The guns shoot plastic pellets and make loud noises. Airsoft is one of the most popular games in the world, especially in Asia, Africa and Europe. Whether you’re just starting out or have been playing for a while, you know that airsoft assault rifles They are mostly used for fun games in the airsoft community, but if you don’t have one and want to buy one, you can easily find them at any online store. Airsoft assault rifles are becoming more popular by the day, with many of the newer models offering features that would be difficult or impossible for even an experienced gunsmith to replicate. In this blog, we will guide you on buying a new airsoft gun for your new game.

What is an assault rifle?

An assault rifle is a firearm that has both semi-automatic and fully automatic firing capabilities. They are typically longer than .22 rifles and have a pistol grip with a magazine below or above the barrel. An assault rifle is a military firearm that is capable of fully automatic and semi-automatic fire. It is also heavily influenced by Light Machine Guns and Selective Fire Rifles. To be considered an assault rifle, it must have some of the following features: a detachable magazine, a pistol grip, and a folding stock. 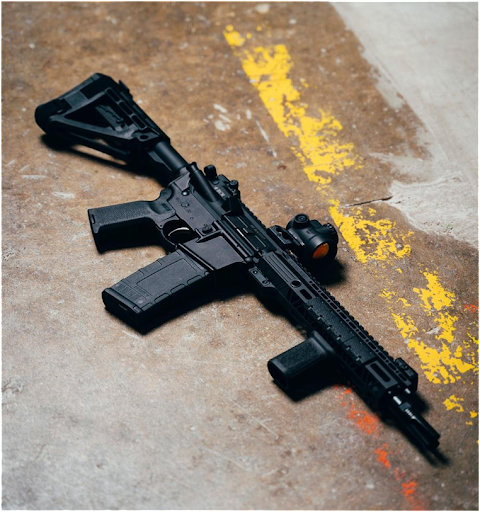 There are many different makes and models of airsoft assault rifles. Some come with a large magazine capacity, some may have a better rate of fire, and still others may fire more accurately. However, all these features can vary depending on the model and the price range you choose to buy is also important. You should be able to find something that fits your budget and needs. Airsoft Assault Rifles are special weapons that shoot BBs and pellets, which are known as 6mm plastic BBs. They are great weapons because they don’t require much maintenance or even skill.

There are a variety of types of airsoft assault rifles to suit all different types of players. This includes automatic and semi-automatic weapons, rifles, shotguns, and pistols. These guns can range in price from $120 to $300 and have a wide variety of features available at online stores and websites. There are also many different accessories that you can use with your airsoft rifle, including scopes, flashlights, tactical grips, lasers, grenade launchers, and bipods. The Assault Rifle is one of the most powerful and versatile weapons, perfect for a variety of roles such as close combat, CQB, medium to long range engagements. Depending on the skill level and the player’s mission, the assault rifle can be used for target practice or paintball games and other types of games. 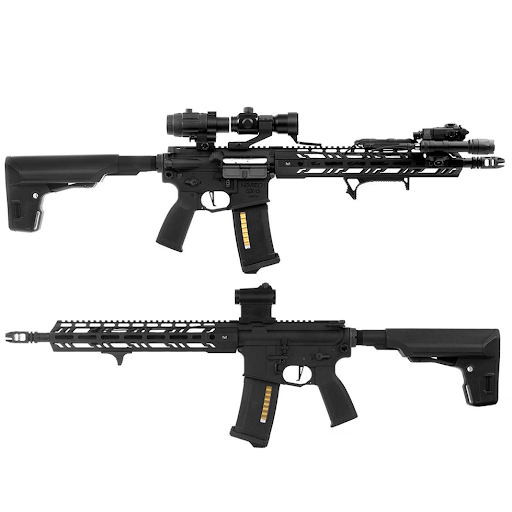 Why should you buy an Airsoft rifle?

Airsoft guns are a great way to save some money while getting out and having fun at the same time. Airsoft guns fire plastic pellets that won’t harm people or animals if handled carefully, but sound just like the real thing. Many of them have a magazine capacity of between 30 and 100 cartridges, making this an ideal purchase for people who plan to play non-stop. Of course airsoft rifles have certain limitations. They don’t come in many different colors, they mostly come in 2-3 colors, so we have fewer options to choose colors, they only fire one shot at a time, and they don’t have scopes or silencers. But you can buy scopes or other equipment to connect with your Airsoft gun in stores and online stores.

What to look for in an airsoft rifle

To get the most out of your airsoft rifle, you need to know what to look for when buying one. Airsoft guns are great training tools that allow you to learn how to handle a real gun. They are not as powerful as a firearm. Most airsoft rifles can fire paintballs, buckshot, or BBs.

How to clean and maintain an airsoft rifle

Maintenance is important. If you have an airsoft rifle, the first thing you should do is clean it. You should also store it in a well-ventilated area and keep CO2 cartridges separate from each other to prevent accidental discharge. You can use liquid or dry cleaning agents to clean your airsoft rifle; if the barrel is covered in paint, you will need a degreaser. To maintain your airsoft rifle, you should always put new BBs in the magazine when reloading and make sure both gas and electrical connections are tight after play.

Airsoft guns are similar to paintball guns, in that they shoot plastic balls at opponents. Unlike paintball guns, airsoft guns have many built-in safety features. They also start at an extremely low cost for beginners and are perfect for any situation where personal protection is needed. Airsoft rifles are lightweight, accurate weapons that fire small plastic projectiles at high speeds. These pistols can be used to defend against a real firearm, or used in combat games to make sure you’re always on your toes.