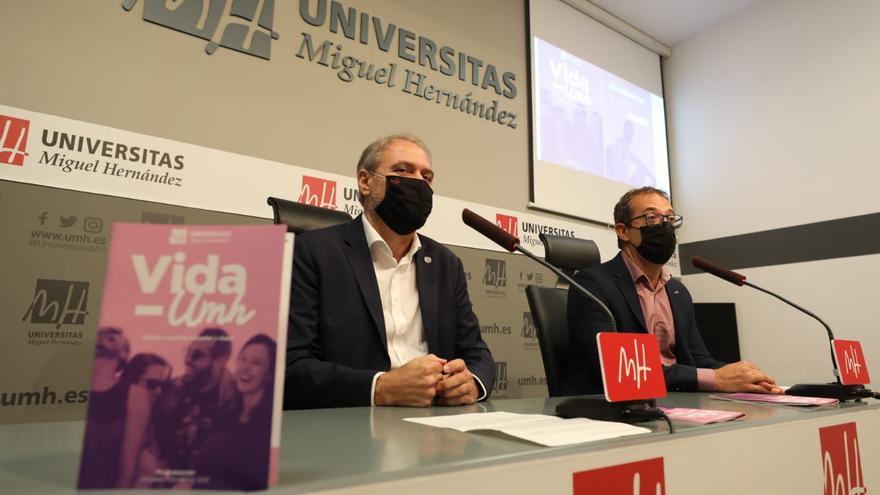 The Vice President for Students and Coordination of the UMH has programmed from the middle of this month and until December workshops, masterclasses, tastings and conferences that, on the occasion of the launch of the project, will be totally free for the student body during this period. The Vida UMH project is made up of the Cooking School, the Higher School of the Music Industry (ESIM) and the Radio and Podcast School. The Michelin star Susi Díaz will inaugurate the Cooking School on October 14, while the closing will be carried out by the Doctor Honoris Causa by the UMH Paco Torreblanca. Likewise, within the agenda of activities of this School, the UMH has programmed different workshops and monographs such as ‘Pizzas and other Italian doughs’; ‘Become a rice master’; ‘Veggie Lovers’; ‘Wine tasting’; ‘Grandma’s kitchen’; and ‘Christmas sweets’, as well as a masterclass by the pastry chef Torreblanca.

For its part, the ESIM is structured in face-to-face classes on drums, bass, guitar, keyboard and voice, as well as sessions in which students can practice with other classmates and be part of a band. In addition, the UMH has scheduled a cock battle, as well as the masterclass ‘Learn to be a professional DJ’, by Eme DJ (Marta Fierro), an artist who has shared the stage with David Guetta.

As for the third School, that of Radio and Podcast, will take place in the radio studios of the four UMH campuses. After his presentation, the monograph ‘Make yourself alive through the radio and podcast’ will be given and the presenter of the Radio Marca program ‘The Quintana blackboard’, Miguel Quintana, will give the masterclass ‘How to build your own career’.

At the same time, Vida UMH has promoted seven clubs with a variety of themes, which pursue the philosophy of gather students with like-minded tastes and become meeting places for your enjoyment. Vida UMH has promoted the Comic and Illustration Clubs; in which the graphic humorist of the magazine El Jueves Dani Gove will participate; de Magia, which will feature a card magic session by the illusionist Joan Vidal; and Astronomy, with night and day observations. Likewise, the Photography Club has been promoted, in which the participants will learn to capture images with their Smartphone; Fashion, with a T-shirt printing session and a design session on fabrics; Urban Dance with styles of hip hop, commercial and urban; and finally the Table Games Club. The UMH will set up a space for this Club to turn it into a playroom where students can meet and enjoy different games.

Likewise, the Vice-Rector’s Office for Students and Coordination of the UMH has organized three major events in the Aula Magna of the Altabix building on the Elche campus. The first of them will be held on October 22 at 8:00 p.m. and will consist of the performance of the comic duo Pantomima Full. For its part, the information and entertainment channel of the eSports ecosystem ‘Esportmaníacos’ will broadcast its program live from the UMH on November 11 and, finally, the lecturer Mario Alonso Puig will give a presentation on November 18.