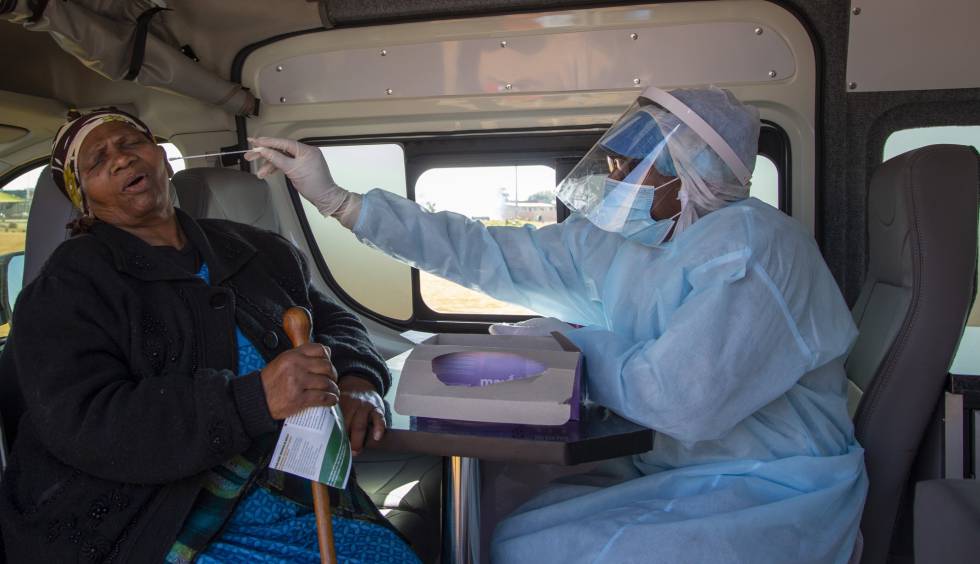 The global recovery is underway, and at a faster pace than was anticipated at the end of last year, but the economy continues to tread on more than swampy ground. The world will grow 4.7% this year, six tenths more than the United Nations Development Conference (Unctad) forecast just six months ago, largely thanks to the brand new US stimulus plan and vaccines developed in Record time. But the road is still full of obstacles: when 2021 ends, the first year of a rebound that – like the crisis – has been uneven from minute zero, the world economy will continue to be more than five percentage points below where it would be without a pandemic; multilateral cooperation remains “weak”; and the risk of repeating the “mistakes” made in 2009, when the austerity cure imposed its law, is still too present.

2020 has been a “dose horribilis”, In the words of the Unctad technicians. And yet, things could have gone much worse: “The combination of preventive measures by central banks to avoid a financial collapse, rapid and significant aid packages in advanced countries, and the recovery of capital flows and of raw material prices ”have avoided the worst scenario, acknowledges the Geneva-based body. But the recovery is still far from the V that some wanted to see and rather draws a K – two speeds that open a chasm between countries and social groups, with the most vulnerable always as major victims – and international cooperation, a vital tool in a crisis that by definition affects the whole world, “has fallen far short of what was needed.”

Also Read  The Guardian's view of Boris Johnson's liberalism: no more than a myth | Editorial

There are several warning signs. It is true that the major powers on the planet, gathered around the G20, have agreed to temporarily suspend the repayment of the debt that the poorest countries have to face between June 2020 and June 2021, about 12,000 million dollars (10,000 million of euros). Good news that, however, is less so if it is put into context: in 2019, the last year before the pandemic, that bunch of nations faced maturities of more than $ 80 billion between principal and interest.

In parallel, the deployment of vaccines in the developing bloc is being “slow, so much so that in many countries they do not even know what a vial against covid-19 is,” he points out by phone. Richard Kozul-Wright, director of the division of Globalization and Development Strategies of the Unctad, who is vehemently critical of the fact that rich nations have not even considered a temporary exemption from the intellectual property rights of the drug to try to reach the largest number of people as possible at the highest possible speed. He does not understand, he says, how having managed to develop an immunization at full speed, it has not been made available to humanity as a whole. “It is the front where the lack of international support is being appreciated the most.”

“You cannot go back to austerity”

Technicians from the United Nations Development Conference also leave a remote control message to Europe, with an explicit call to “not return to austerity after such a deep and destructive recession.” Such is their concern about the repetition of the pattern followed in the Old Continent after the Great Crisis, when Germany and the northern countries pressed the button for cuts when the worst was far from behind, that the Unctad considers that the “main risk ”to the recovery,“ especially in the context of fractured labor markets and deregulated markets ”.

Also Read  The heirs of the president of Samsung will pay almost 9,000 million euros in inheritance tax | Economy

On the other hand, the agency openly applauds the shooting power —1.9 trillion dollars, one and a half times the Spanish GDP— of the fiscal stimulus package just approved by the US Congress: although it would prefer that a larger share of the funds to be used for investment rather than current spending, the plan is, says Kozul-Wright, “cause for encouragement.” And of “disappointment” when the view is turned on the European case, where after a strong initial fiscal response, the measures to support the economy have been losing steam over the months. The situation, say the economists of the Unctad, “requires a more thorough review of the rules of the economic game to avoid repeating the mistakes of 2009.” Attentive