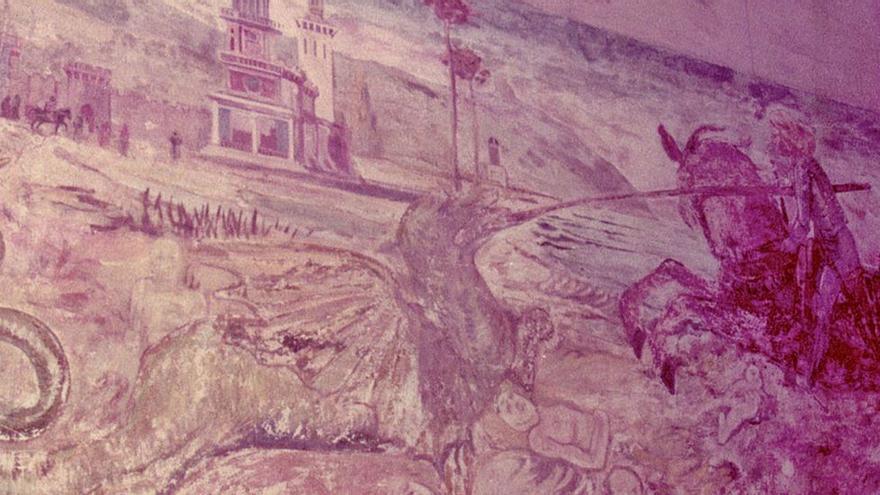 Just by looking at the photographs, the then curator and deputy director of the museum, Florencio Santa-Ana, responded by showing his “great doubts about the possible intervention of Sorolla in the fresco of said Castle.” “Sorolla has never been cool,” asserted the expert. After this opinion, the Pontevedra deputation destroyed the mural “because if it was maintained, it would condition the future layout of the castle.” Only a few photographs remain of him today.

But now we know that that decision was a huge mistake. The specialized magazine Archivo Español deArte has published in its latest issue an article by the historian of the University of Oviedo, Diego Piay Augusto, in which it is argued that, contrary to what Florencio Santa-Ana said, the author of the fresco was indeed Joaquin Sorolla. The key has been found by Piay in a letter that the also painter Peppino Benlliure Ortiz sent to his mother and that is kept in the Benlliure Museum in Valencia.

A doctor and a feminist

As stated in his article Piay, Sorolla got to know the castle of Soutomaior -an impressive perfectly preserved medieval fortress-, through its owner at the beginning of the 20th century, María Vinyals, and her husband, Dr. Enrique Lluria, a great friend of the painter.

Sorolla even gave Lluria three portraits that are currently missing: one from 1910 that depicted Vinyals -writer, polyglot and tireless defender of women-, full-length; another from 1912 from the doctor and a third from his daughter, Emilia.

Piay has verified in the newspaper archives that Sorolla visited the castle of his friends in 1910. By then the painter was already a celebrity and that is why the local newspapers of the time reported that he was spending a few days at the residence of his friend the doctor. Lluria in Pontevedra. The newspapers added that the painter had traveled accompanied by José Benlliure Ortiz, “Peppino”, Mariano Benlliure’s nephew, son of José Benlliure and Gil and Sorolla’s disciple. However, in this news there is no mention of Sorolla working in the castle.

In 1917 the Lluria couple left Soutomaior forced by the economic problems they suffered and the medieval building passed into the hands of other owners until its acquisition in 1981 by the Pontevedra Provincial Council.

Sorolla never mentioned that “Saint George and the dragon” that decorated one of the fortress walls with his signature, nor, as Piay indicates, did Vinyals ever mention it in his extensive correspondence. Nor does the Sorolla Museum keep any documentation in this regard.

But on the advice of Blanca Pons Sorolla, current director of the House Museum of the painter, Piay transferred his research to the Benlliure Museum, where he found Peppino’s letter. In it, Sorolla’s disciple told his mother that he had accompanied the teacher on his trip to Galicia and that he had come to Dr. Lluria’s castle to have him examined “before embarking on the trip to America.”

Along with the list of places visited, Benlliure included a comment that has been key in identifying the missing fresco: «I helped to paint a fresco of Sorolla on the castle wall and the Messrs. De Lluria and my friends were very happy ».