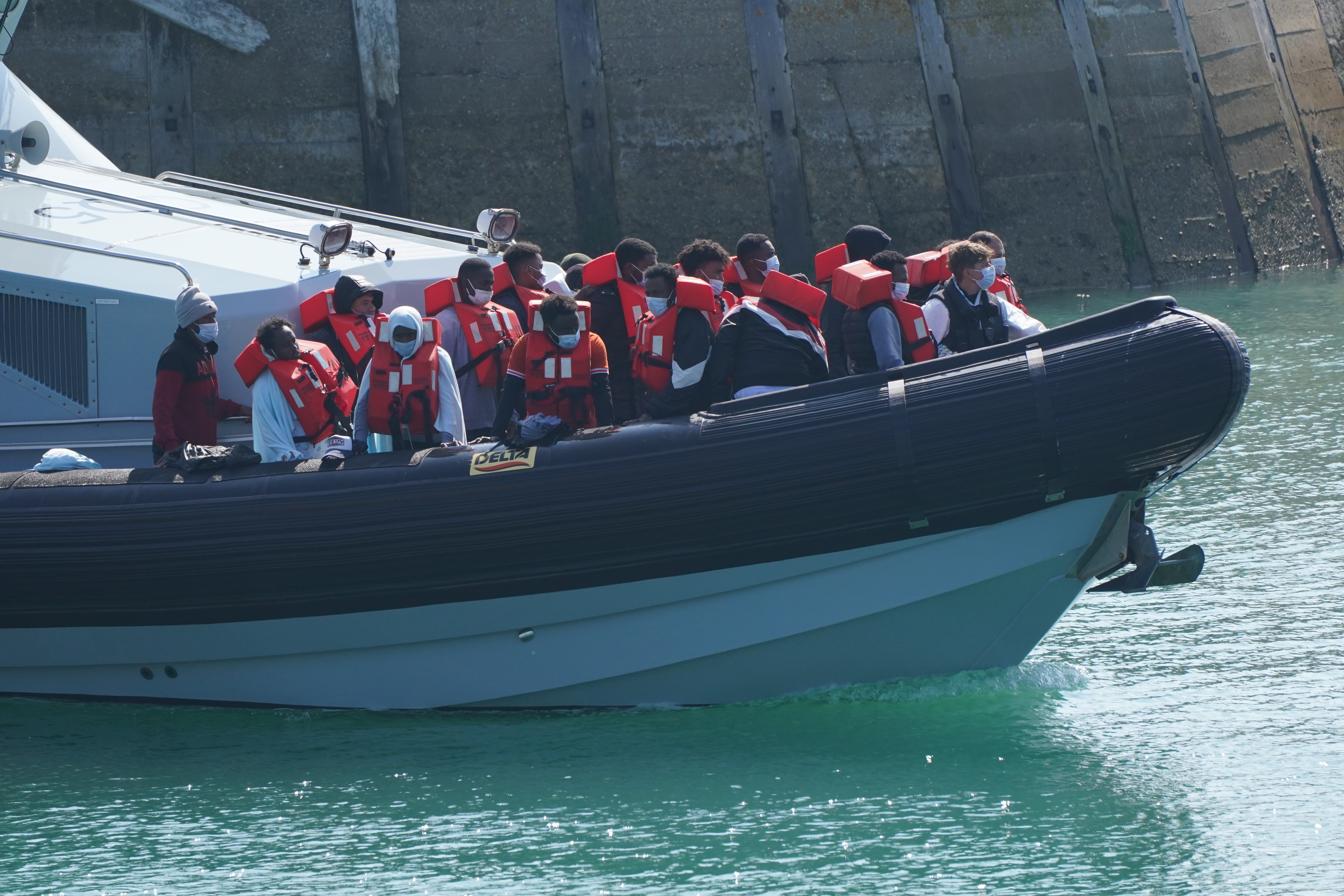 The Boris Johnson government is a specialist in finding outside culprits for their own ills. And the favorite is always France. Either because of the blockade of trucks on the Dover border, the constant tensions around Brexit, or as now, due to the arrival of irregular immigrants through the waters of the English Channel. More than a thousand people, according to estimates by the British Home Office, tried to cross the pass on Monday. The previous record was 828. So far this year, more than 13,500 human beings have been intercepted in their attempt to enter English territory: practically 5,000 more than in 2020. These are minimal figures that pale in comparison to the huge number they have had. to face EU countries such as Germany, Greece or Spain. But they irritate and disconcert a government that aspires to rule the solitude of an island, convinced that it can manage without the help of its neighbors on the mainland.

Interior Minister Priti Pattel has been feeling pressure from her boss, Boris Johnson, for weeks to fix a “problem” that calls into question the post-Brexit promise to “regain control of the borders.” After agreeing with the French authorities an extraordinary contribution of more than 60 million euros so that police controls could be redoubled in Calais, Pattel on Monday charged hard against Paris before the deputies of his Conservative Party and threatened not to deliver a euro if the The Macron government was not beginning to show some “nerve” in the fight against clandestine immigration. “France is going to have to start acting if it wants to see the money. It was about paying for an outcome, and we are not seeing that outcome. The money was conditional ”, said the minister, to calm the anger of her parliamentary group.

Humanitarian organizations working on the ground every day to alleviate the situation accuse the Johnson government of not understanding reality. One need only look at what has happened in Afghanistan, they note, to grasp the reasons why so many people leave their countries in search of a better or safer life. The same is happening in Eritrea, Iran, Sudan or Yemen. “The Government has to recognize once and for all that, as long as there are wars, persecutions and violence, people will be forced to make these dangerous journeys in search of safety,” said Enver Solomon, executive director of the humanitarian organization Refugee Council.

Downing Street pushed through a bill in the early summer, the Nationality and Borders Bill (Nationalities and Borders Act) with which it sought to increase the criminal penalty for irregular entry into the country, toughen the conditions of stay for asylum seekers and even refer newcomers to detention centers outside the United Kingdom, while they processed their requests. The first parliamentary debates made it clear that the Johnson administration did not have such unanimous support among its own in the face of draconian legislation and with a populist stink, which seemed to respond more to the xenophobic promises that promoted Brexit. Former Prime Minister and Johnson’s predecessor, Theresa May, reminded the Government that the UN Refugee Convention, to which the United Kingdom is attached, does not impose at any time that the application for asylum can only be made in the first country where you put a foot.

There is a laudable and logical part in the efforts of the conservative Executive, and it is the one that has to do with the attempt to end the mafias that are getting rich at the cost of trafficking in the lives and hopes of human beings. “Criminal gangs are responsible for this unacceptable increase in dangerous journeys. [a través del canal], and the rise of illegal immigration throughout Europe ”, denounced Dan O’Mahoney, the police officer in charge of the operations to intercept vessels in the English Channel. Humanitarian organizations, however, reproach the government for a wrong method by which, they say, the weakest end up paying. “Instead of punishing or expelling those who seek safety and undertake a trip to the UK, what they should do is promote and maintain safe routes,” demanded Lisa Doyle, the head of Refugee Council to offer legal protection to newcomers.

Ministry sources assure that Pattel will transfer the pressure to his French counterpart at the meeting of G-7 Interior officials that takes place in London throughout this week. Politics, applauded by the hard wing of his party, does not want to arrive next month at the annual congress of the conservatives with the issue of the English Channel unresolved.