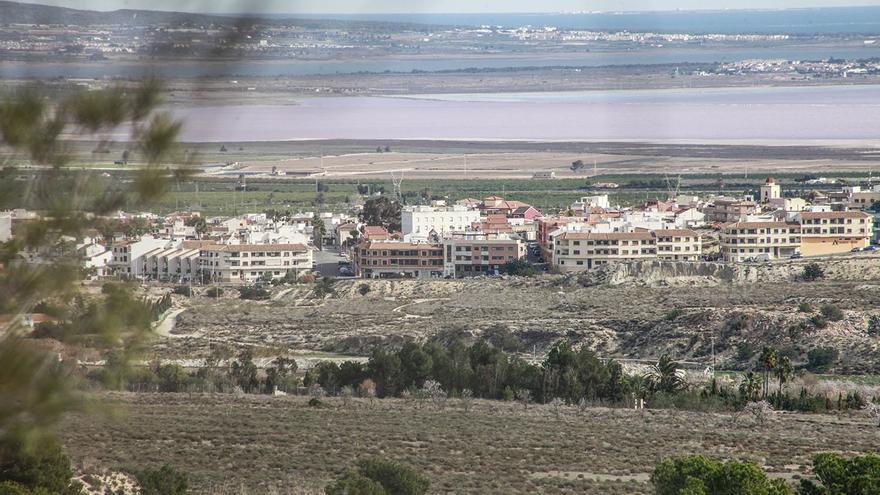 The neighbors of San Miguel de Salinas They will have to pay with the municipal budget of 2021, definitively approved on March 12, 600,000 euros for the expropriation of a property from an individual in the Eagle’s Nest urbanization. A land that the municipality had to consider as necessary for the public endowments of that urbanization in the 90s but that was in private hands and that it will pay now.

The extraordinary plenary session of San Miguel de Salinas City Council of last March 12 and summoned for the resolution of the allegations to the provisional approval of the municipal budgets, included by surprise, without being on the order of the day, nor having public exposure, the payment to a private individual of 436.839 euros plus default interest generated since September 23, 2015, in compliance with a judgment of the Supreme Court dated February 5, 2020. A total of around 600,000 euros, according to the San Miguel Arcángle Neighborhood Association. The municipal budget was definitively approved with the votes of the PSOE, IU and Adelante San Miguel despite the irregular inclusion of this essential modification in the budget with respect to the one that had been initially approved, without giving the political parties and residents the option of knowing The file.

The obligation to expropriate this land has its origin in the municipal passivity when developing, following the legal criteria of urbanization, the Eagle’s Nest residential complex, in the Philippines. A planning of tourist housing contemplated in the Subsidiary Standards in 1988, years awards to the first real estate boom on the Costa Blanca -with its corresponding subsequent brick crisis-.

The plots and houses were built without an approved reparcelling plan. The developers sold the houses and even obtained building licenses from the City Council – endorsed by the municipal technicians – despite the fact that the land lacked the basic urban development instruments, such as the reparclación plan in which the loads are distributed. Or what is the same: without planning the cession for roads and public endowments that the promoters had to contribute, and where appropriate, the private owners of the land. When the City Council wanted to regularize this situation, with the reparcelling plan, there was no longer land available for the entire sector to have the endowment plots that the Subsidiary Regulations determined should be dedicated to public use and endorsed it to a private individual, in a farm that he already had a home, the corresponding land in the urbanization to a school endowment space.

The San Miguel Arcángel Neighborhood Association indicates that the owner of the plot E-7 of the ADU partial plan 17 de Eagle’s Nest urbanization. The 4,652 m² farm is classified as endowment in the partial plan. The property initiated a procedure of expropriation requested of the lot of its property. The dispute is raised against the resolution of the Provincial Expropriation jury of Alicante of May 2017, which dismissed the appeal for replacement of the property, which considered the value of the appraisal given to the plot in September 2015 insufficient.

According to the same local source, this Partial Plan ADU-17 within the Philippines was one of the first urbanizations that began to be built in the municipality in accordance with the Subsidiary Planning Regulations of 1988. Plot E-7 is classified as a plot endowment for school use. The land for which the municipality will pay around 600,000 euros is currently a site with a house.

Neighbors remember that in an operation “Inexplicable, a few meters, the City Council bought years later a plot for school use with reserve of use, which it resold to a company for the construction of a private school.” In other words, it was available to pay for this expropriation without default interest, but preferred to squander municipal land in another sector.

The neighborhood association “San Miguel Arcángel” criticizes the lack of transparency and explanations to citizens for what appears to be poor urban management, the consequences of which will be felt in the pocket of taxpayers. It regrets, on the other hand, that this matter was approved “under the covers” due to the urgency of including the payment of the Judgment in the budgets since it was not even on the agenda of the plenary session despite dating from February 2020.

The City Council has been delaying the payment for six years – although the obligation to pay had generated it fifteen before. The City Council tried to get rid of the payment of the expropriation by requesting authorization from the Generalitat to renounce the endowment land that it was going to obtain. The regional administration responded that the municipality had already renounced land for that use in various ruinous agreements for the municipality and denied the operation, which would have been closed compensating the individual with another land.

For her part, the mayor of Citizens of San Miguel, Maria José Costa Medrano, has also questioned this approval. Cs criticizes the lack of publicity of the new budget that the government team took to an extraordinary plenary session on March 12. The provisionally approved budget being on public display since February 12 and “in the process of allegations, six days later the mayor decides by order to include the payment of a sentence pending payment from October 7, 2020”.

For the mayor, “forgetting is not anything”, since from October to mid-March the amount of 436,839 euros is pending payment plus the interest generated by said amount until payment, around 125,000 euros.

Citizens of San Miguel de Salinas regret that in the initial approval from February 11 neither the mayor nor the government team will mention the obligation to pay and that six days later it will be included “without going through public exposure or the payment of said amount or the condition of the loan that they state that must be taken out for payment.”

Furthermore, Ciudadanos recalls that the Neighborhood Association and two unions that have presented allegations to a budget that they did not know, because in the period of public exposure an expense has been included that compromises 10% of the municipal budget -which amounts to 6 million euros- “because it was never made public”. In addition, the staff has changed, andBecause in the first budget there are four positions in the administrative subscale and two vacancies, and in the new staff only two and two vacancies appear.

For Medrano Coast “It is a joke for the citizens, and I swore my position as councilor to enforce the legality,” said the orange spokeswoman in San Miguel de Salinas, Maria Jose Costa, adding that even “they are allowed to dismiss the allegations presented by the association of neighbors and unions for not adhering to the assumptions contemplated in the law when they themselves, the government team do not comply with the law, depriving citizens of being able to see the file and make allegations to it, since it lacks the exposure process public ”. The mayor suggests that this substantial change in the budget has not been reported by municipal technicians, something that is mandatory.

The approval without respecting the right of the councilors to access public information also generated the division of the vote of the PP in the opposition. The spokesman and a councilor abstained and two councilors of the PP rejected the final budget.

For Costa, “not only do they fail to comply with what they promised in the campaign of a participatory budget, but they also mock the citizenship and the fundamental rights of the councilors, since they have hidden that the payment of the sentence had not been carried out since October, with their interests running against the town of San Miguel ”.

The vote of citizens in the plenary session of the budgets on the 12th was against. The budgets were approved with the vote in favor of the government team. Even the PP, the majority opposition party, had its doubts. Two councilors, including the former mayor of Urbanism and spokesman for Urbanism, Sergio Correas abstained. And two councilors of the PP who voted against -and against the position of their spokesperson-.