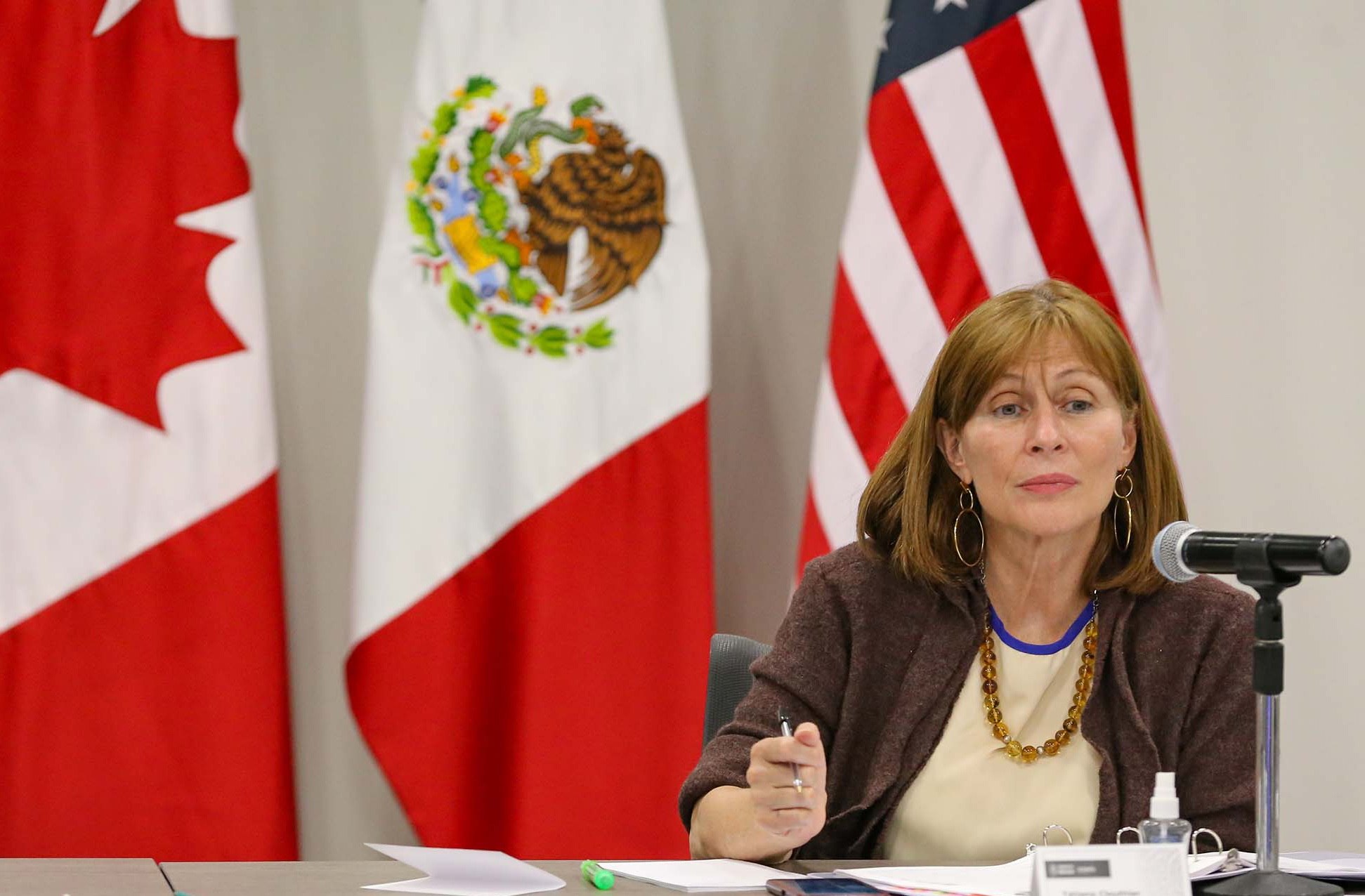 The contradictions of the Mexican Government, which seeks to concentrate the monopoly in energy in the State companies while it must comply with the Free Trade Agreement with its North American partners, are only a “impasse legal ”, according to the Secretary of Economy, Tatiana Clouthier. At a press conference on Tuesday, at the end of the first meeting of the T-MEC Free Trade Commission with its counterparts in the United States and Canada, the official reported that the United States brought to the table the case of a company concerned about the investment climate in this sector.

“They did not make a point per se of the investment climate as such, but when we were presented with the issue of electricity and energy reform, it was treated in a general way, “said Clouthier in the virtual conference. This, despite the fact that on Monday the Canadian delegation issued a statement in which they claimed to have “reiterated their concerns about the investment climate in Mexico, especially in the mining and energy sectors.”

“The United States did specifically mention a company to us and what we did comment on is that we required more information so that our comments could be taken to the Ministry of Energy and we sat down with them and with all the concerns they had so that they could be resolved one by one. one and find the approach so that they were solving their doubts, “said Clouthier. “That was, with regard to the energy part, part that we present and comment on what is published in the media and that is known to all and all of us in terms that right now there is a legal impasse, to call it somehow , and that’s what was left on the table ”.

Regarding the company that filed the complaint, Clouthier stated that he did not remember the name and added: “It is not a concern per se of the US State versus the Mexican State. They simply shared the concern of the company and we commented that with great pleasure we can now approach with very specific questions to know if it would be with the Ministry of Energy directly or with Pemex [la empresa estatal Petróleos Mexicanos] or with both ”.

After the first day of a meeting held on Monday with the representative of US Trade, Katherine Tai, and the Minister of Small Business, Export Promotion and International Trade of Canada, Mary Ng, the US indicated in a statement how Mexico fails to comply the treaty and directly called for “an energy policy that respects US investment and is consistent with efforts to resolve climate change.”

In addition to the Mexican president’s attempts to change the law so that state energy companies do not have to compete with private ones, which contravenes the T-MEC, the backdrop for the meeting includes two labor disputes in Mexico denounced from the United States. The US as well as the counterattack of Mexico: the Mexican ambassador in Washington accused the US of failing to comply with labor matters and against Mexican agricultural workers in its territory.

Tai spoke with precision of seven issues that Mexico has failed to comply with, says Ignacio Martínez, coordinator of the Laboratory of Commerce, Economy and Business (LACEN) of the UNAM. Environmental obligations, trade in goods made with forced labor, regulatory approaches based on science and risk in agriculture, access of fresh American potatoes to all of Mexico, immediate resumption of authorizations of agricultural biotech products in Mexico, an energy policy that respects US investment and be consistent with efforts to address climate change and better trade facilitation efforts. “For the Ministry of Economy, it was a historic gender meeting where dialogue was privileged and issues related to the rules of origin of the automotive sector were addressed,” concluded Martínez.

This disparity occurs because Mexico is at a disadvantage, says Lila Abed, a political analyst specialized in Mexico’s relationship with the United States. “And when you are at a disadvantage and when they are violating certain provisions and certain chapters of the T-MEC, obviously not they want to highlight it in a statement ”, explains the analyst. “This is where we see the pressure from the Biden government and how Mexico is going to have to respond by complying with the new obligations it has.”

For Abed, the letter sent by Mexico to the United States denouncing non-compliance with the T-MEC labor agreements in the agricultural sector, in which Mexican migrants work, should be read as a reaction, rather than an action in favor of labor rights. “In the Free Trade Agreement, the three parties and particularly in the Mexico-US issue, Mexico can also file a complaint for violation of labor rights, but that is very unbalanced,” says Abed on the phone from Washington. “What is happening in Mexico are violations of labor rights according to what the treaty establishes and I believe that Mexico’s response is more of a counterattack than a real complaint. I do not know if they would have sent that letter if the United States had not presented these two complaints, “adds the analyst.

As the ministers met on Monday’s first day of work, Mexican President Andrés Manuel López Obrador led a ceremony in which he apologized to the Chinese community in the north of the country for a massacre that occurred in 1911. “I don’t know whether they did it on purpose or not, “adds Abed,” but I think there is certainly a concern, not only in Mexico, but in the region and particularly on the part of the United States, about the rapprochement that not only China has had, but also countries like Russia and Iran ”.

At a time when tensions between Biden and Russian President Vladimir Putin escalated in April, López Obrador invited the Russian president to Mexico as part of the 200-year celebrations of Mexico’s independence. For its part, China invested more in Mexico than in any other Latin American country last year, according to data from UNAM.