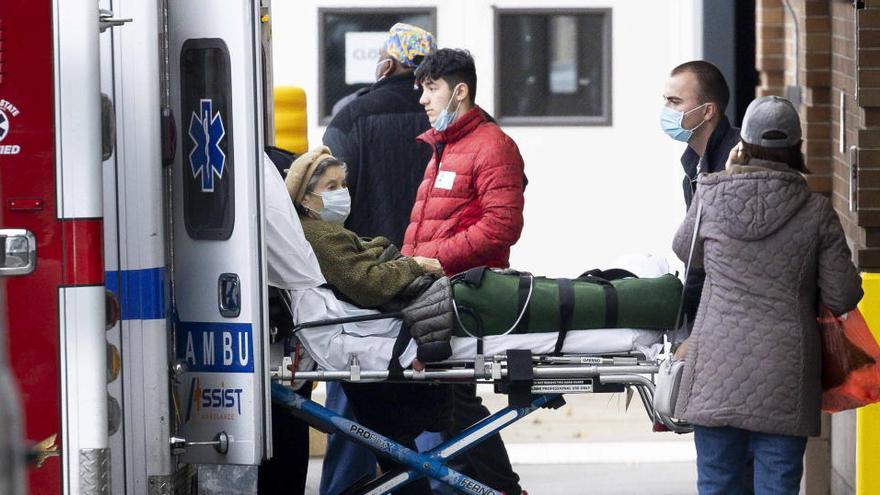 USA clings to the use of the mask, after the Centers for Disease Control and Prevention (CDC) recommended taking it both outdoors and indoors, except at home in certain cases, in an attempt to stop the contagions of the covid-19, which have reached daily records in the last week.

A day after the country broke the registry of new patients for the second time in less than a week, the president-elect, Joe Biden, and several local authorities joined the call of the CDC, which has already predicted “difficult times” in public health matters in the coming months.

“Our country is in the midst of a dramatic increase in covid-19 cases. Please wear a mask, maintain social distancing, and limit group sizes. It is our patriotic duty as Americans, “Biden wrote on his Twitter account this Saturday.

The pronouncement came a day after the United States register 225,594 new infections of coronavirus and beat the record of infections reached on Thursday, when 210,962 new patients were counted, according to the independent count of Johns Hopkins University.

On Friday, there were also 2,506 new deaths compared to Thursday.

In Florida, which together with California and Texas are the states that lead the contagion statistics, the mayors of Broward and Miami Dade warned about the situation in their localities as a result of the pandemic.

“Do your patriotic duty to the United States. We are under attack by a virus that killed more people yesterday than on September 11“said Steve Geller, the mayor of Broward County, the second most affected by the pandemic in Florida.

For her part, the new mayor of Miami Dade, Daniella Levine Cava, indicated that her county, the epicenter of the disease in Florida, “is against the wall” and demanded a new aid package from the federal government and Congress “as soon as possible” .

The president pointed out that Miami Dade, with almost 3 million inhabitants, is the most food insecure area in the country. Many people are unable to pay rent or basic goods or utility bills.

New York Governor Andrew Cuomo, who in an article published this Saturday by the Newsday newspaper, joined the calls to follow the recommendations to wear a face cover, maintain physical distance and wash hands. asked to take the example of the schools, while his state begins to see the resurgence of cases.

“During the year, we have conducted hundreds of thousands of covid-19 tests in our schools. Without exception, the infection rate in schools in every part of the state is lower than that of the surrounding community,” Cuomo said in his column. , for whom the explanation is very simple: “it is because schools follow basic rules.”

“The students and teachers – he added – wear masks. They practice social distancing. They wash their hands frequently. Many of the students are serious about doing their part to keep their friends and family safe. ”

Cuomo’s pronouncement takes place when in his state, which at the beginning of the epidemic in the US became the epicenter of the virus, alerts have begun to be activated for the appearance of new infected.

According to The New York Times, Health officials added 11,271 new cases across the state on Friday, while the daily rate of positive tests rose above 5%.

One of the places that attracts special attention is the municipality of New Rochelle (Westchester County), where the outbreak of covid-19 began in the state of New York, which at the time managed to become a “model of how to overcome the disease, “recalled the New York newspaper.

For its part, California, where almost 40 million people live, counted 1.3 million patients this Saturday and Texas, with an estimated population of 28.9 million, had 1.2 million positive cases. Florida accumulates more than 1.03 million cases.