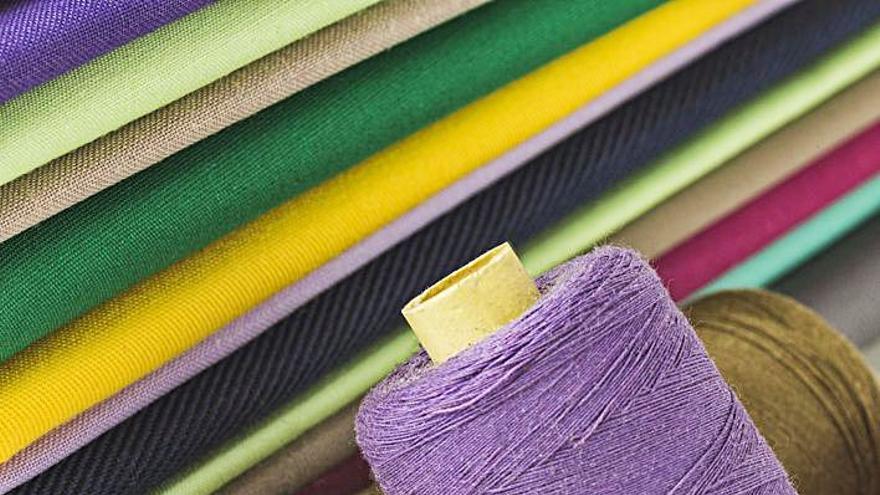 The Valencian textile sector has already known other crises and from all of them it has emerged strengthened to a greater or lesser degree. Each crisis offers at least one opportunity and in that knowing how to detect the opportunities offered by the moment we are experiencing has been the power of resilience of an important part of the Valencian textile. Many of the textile companies in our area have adapted their facilities and invested in new machinery, generating a new division of sanitary textile products and EPIS, helping to satisfy what our society demands.

In fact, in recent years the Valencian textile sector, in addition to being reactive, has become a proactive sector, being today one of the productive sectors with the highest number of applications for subsidies and aid for investment in machinery, digitization processes and innovation.

The drive for digitization and the opportunity offered by online sales have allowed our companies to be more immersed in the new omnichannel of commercial distribution. New marketplaces have also been promoted by ATEVAL, such as the launch and consolidation of the www.productosemergencias.com platform, in order to channel the new supply and high demand for sanitary articles and personal protective equipment. A powerful shuttle in which 220 Spanish companies participate today and where a wide assortment of more than 1,000 items is offered, among which stand out, masks, gowns, hospital lingerie, hats, gloves, protective glasses, disinfectants, etc., covering both textiles like other articles of sanitary protection so necessary to supply first and in a priority way to the national market and later to make the leap to neighboring European countries and international markets.

Despite the rapid response of the Valencian textile sector and the proven ability to supply the national market with sanitary products, we have encountered many problems in being able to access public tenders, since many times the cheapest price has prevailed in their proposals which has derived in most cases by imported rather than national product, without valuing recyclability, quality, own production and the internal value chain.

Another of the obstacles that we are facing is the one that is currently affecting many companies in the sector due to the significant increase in prices of raw materials and international freight, which, in the latter case, has multiplied by four, as a result of of the international stoppage that has led to the confinements and closures of borders during the pandemic and the consequent high demand for the economic reactivation, which does not allow the international maritime traffic to be adequately addressed and which has hardly led to a multiplying effect on costs. assumable by our SMEs.

As a result of the health crisis, it has not been possible to hold the international fairs that companies in the sector usually attend and together with the closure of trade in many countries, the volume of exports also slowed down, which decreased by 8 in 2020. 7% compared to 2019 in Valencian textile-clothing, although in the first quarter we are already perceiving an improvement as the health emergency in neighboring countries begins to stabilize.

At the social level, there has been a change in the trend in the consumption by families of home textile products (curtains, bedspreads, upholstery, tablecloths, etc.) derived from the pandemic. What families have not been able to spend on trips or restaurants due to existing restrictions has been invested in the home itself, managing to reposition the sector with a very varied, cutting-edge and quality offer. Although, on the other hand, and due to the limitations of social mobility, we find that the fashion and clothing sector has been the great victim.

Home textiles has also been strengthened with the recent re-founding of the Spanish Habitat Federation, which is now chaired by our president of the ATEVAL commercial promotion area, José Ramón Revert, with the joint adhesion of sector associations and federations that make up the habitat in Spain such as the Kitchen Furniture Association (AMC), the Association of Associated Manufacturers of Furniture and General Equipment for Offices and Communities (FAMO), the Spanish Association of Furniture and Related Industries (AEIMA), the National Association of Manufacturers of Furniture, Accessories and Bath Screens (AGRUBAÑO), the Spanish Federation of Associations of Industrialists and Exporters of Decorative Lighting (FEDAI), the National Association of Manufacturers of Faucets and Valves (AGRIVAL) and ATEVAL itself, and to which surely they will incorporate a greater number of such representative business organizations. At the moment, work is being done on the project of a very exciting strategic plan that favors the improvement of the competitive position of all the sectors of the Spanish habitat.

ATEVAL’s effort in this time has focused on defending and representing the common interests of companies in the Valencian textile industry, favoring the flexibility and adaptability of its production model, allowing companies to be more operational and competitive. In this sense, companies are making a significant effort to adapt their processes and structures to the era of digitization and sustainability, two elements that will be key to the competitiveness of the sector.

The good relations of the sector through ATEVAL with the different public administrations have allowed the signing of different collaboration agreements. Through a unique agreement with the Ministry of Sustainable Economy, Productive Sectors, Commerce and Labor, five projects have been carried out to support relevant actions aimed at economic reactivation and the productive reorientation of industrial activity in the Valencian Community. On the other hand, the Ontinyent City Council, through the Agreement with ATEVAL 2020-2021, has allowed to promote and reinforce its support for the Sanitary Textile Cluster initiative, with a determined financial backing to the companies and professionals who have bet on this new sanitary textiles production division.

Finally, I would like to highlight that last Tuesday, June 1, the national textile associations represented through the Spanish Intertextil Council and other textile business organizations at a state level, together with the National Federation of Industry of the unions CC OO and UGT, reached a preliminary agreement regarding to the State Agreement of the Textile and Clothing Sector for the next three years that affects around 9,000 companies and 130,000 workers. The agreement includes, among other things, a salary increase of 0.5% for 2021 applicable as of July 1, 2021, and 2% for each of the years 2022 and 2023, and also includes a guarantee clause of salary revision due to possible deviations from excess inflation, up to a maximum limit of 0.5%, in addition to other improvements in labor content that will be framed in the agreement itself. Due to the significant weighted weight of Valencian textile today at the state level, the signing of this Spanish Textile Confection Labor Agreement 2021-2023 will take place on this occasion, and for the first time, in the Valencian Community, specifically in the city of Valencia next July 1.