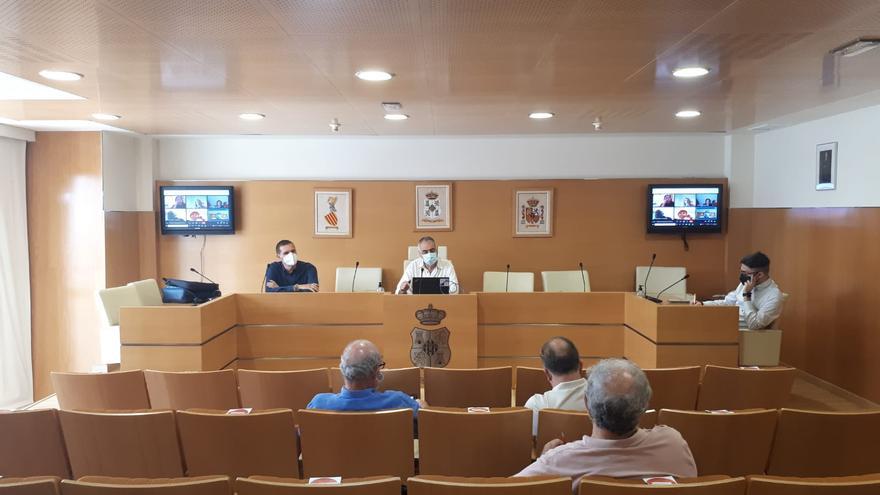 Its about third meeting of the advisory council of the Vega Renhace Plan of the Consell and it is the first time that it is carried out outside Orihuela, thus following one of the maxims of the plan, transversality, that is, having a presence in the 27 municipalities of the Vega Baja. In this case, Daya Vieja has been chosen, the town with the lowest number of inhabitants in the region and heavily punished by DANA; the town was totally flooded by water for a month. The other two work meetings were held in Orihuela, on March 2 and April 19. The meeting was attended by the director of the Vega Renhace Plan Office and also a commissioner, Antonio Alonso; the professor of Regional Geographic Analysis at the University of Alicante (UA) and commissioner of the plan, Antonio Alonso; the coordinator of the Vega Renhace Plan emergency plans, Antonio Oliva, as well as the mayor of Daya Vieja, José Vicente Fernández, and the nine members of the advisory council. Remember that they are part of the Advisory Board: the agricultural engineer from the Miguel Hernández University (UMH), Ricardo Abadía; the representative of the Vega Baja del Segura irrigation community, José Manuel Carrillo; the provincial coordinator of the Red Cross-Alicante, Carolina Espadas; the vice president of TM real estate group, Abel García; the director of Radio Orihuela, Concha Giménez; the spokesperson for the Segura Transparente platform, José Manuel López; the general director of the concessions division of the Suez Group, Asunción Martínez; the president of the Hypatia association, Rosa Martínez; and the president of Grupo Sol, Enrique Riquelme.

The director of the Vega Renhace Plan Office, Antonio Alonso, explained that “during the six months of operation of the office, the historical demands of the region are being attended to, which, in turn, are transferred to the Consell. Today we have reviewed the 28 performances of the Vega Renhace, explaining what their degree of execution is to see where we started from and where we are in each one of them. Our role is agree with each of the competent administrations that carry out the actions and for this we work hand in hand with the advisory council. “The main objective of the advisory council is to monitor and evaluate the actions included in the Vega Renhace Plan. It should be noted which is an organ of citizen participation that has people of recognized prestige and professional trajectory, whose function is to align the decisions adopted by the Generalitat with those autonomously made by the Vega Baja society. The objective of this joint work is to ensure that the DANA of September 2019 is an opportunity to revitalize this region, achieving its social and economic regeneration.

During the meeting, the Flood Risk Management Plan (PGRI) in the Segura basin with the 2027 horizon of the Segura Hydrographic Confederation (CHS) was also analyzed, a fundamental tool to minimize flood risks and reduce or avoid the damage that heavy rainfall usually produces in this demarcation. A plan that defines the measures to be specified until the year 2027 to face the extreme meteorological phenomena that the Vega Baja region suffers.