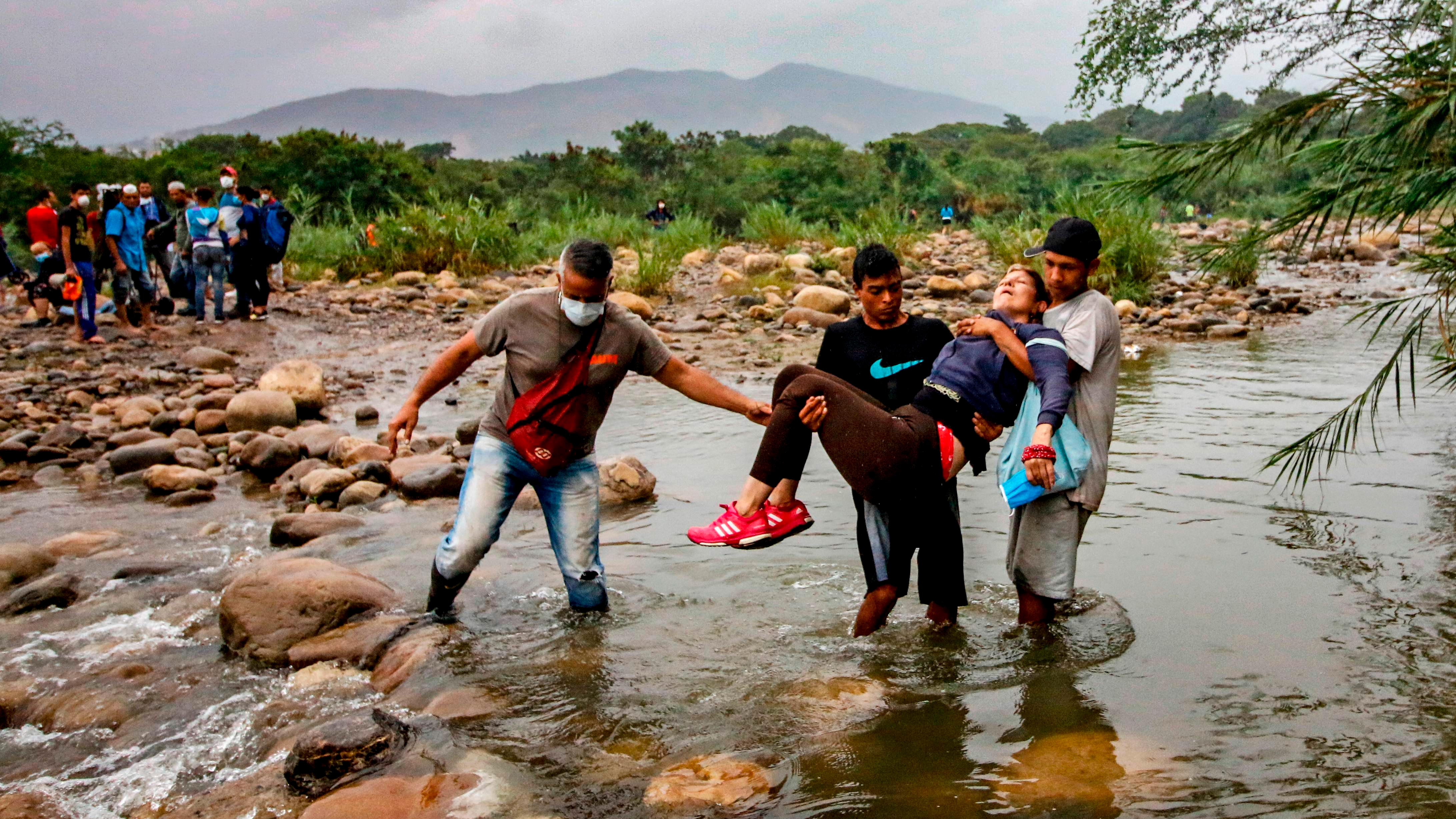 The crisis of Venezuela enters the list of emergencies for children to pay attention to for the first time in 2019. UNICEF includes it in its annual fundraising appeal to respond to the needs of 41 million children around the world, set at 3.9 billion euros. dollars (around 3,430 million euros). This is how the report collects it Humanitarian Action for Children 2019, presented this Tuesday in Madrid, which summarizes the results of the work carried out by the organization in 2018 and makes an estimate of the funds necessary to attend to the smallest in contexts of emergency, conflicts or natural disasters throughout this year .

The outlook for 2019 is not rosy, with more countries embroiled in internal or international strife than at any other time in the past 30 years and increasing difficulties in reaching children in crisis. Unicef ​​aims to reach 73 million people in 59 countries, with special attention to the most neglected crises, such as Yemen, the Democratic Republic of the Congo or the Central African Republic, says Javier Martos, executive director of the Spanish Fund Committee.

Getting funding for less media emergencies is one of the main challenges the organization has to face. “The richest countries and some donors do offer us funds to label [no vinculados a un contexto determinado]But we must continue working to attract the attention of public opinion to these most forgotten situations, ”explains Martos.

For the social and economic crisis that affects Venezuela and the following The exodus, which has affected several neighboring countries, will require 69 million dollars (about 60.8 million euros), as estimated in the report. “Some three million people have left the country in recent years and the majority remain in nearby countries,” says Martos. “Resources are needed to support their integration, offer them basic social services, and also assist them along the way.”

A total of 27.5 million dollars (24.2 million euros) is committed to serving migrants and refugees in Europe, despite the fact that the number of people crossing the Mediterranean, in particular children and adolescents, has been significantly reduced in recent years.

The allocation for the Democratic Republic of the Congo is 326 million dollars (286 million euros). Almost 13 million people need humanitarian aid in a country marked by a significant escalation of violence in 2018. Among them are 5.6 million children. A new Ebola epidemic in the east has so far caused some 400 deaths.

“Food insecurity has increased,” says Inés Lezama, UNICEF’s head of nutrition in the country, in a telephone conversation from Kinsasa. “It is estimated that this year 1.4 million children are at risk of severe acute malnutrition. Last year we managed to treat 280,000 cases. The answer is there, but funding is never enough. ” In 2018, only 44% of the requested funds were achieved.

Something similar happens in Yemen. “After four years of conflict, the situation has not improved and today 80% of the children need humanitarian aid,” explains Meritxell Relaño in the presentation of the report in direct connection from the country. “Infrastructure and services are at the limit. The officials have been unpaid for more than two years. We are close to the collapse of the health, water and sanitation systems ”.

In terms of sectors, education is the one that concentrates the greatest needs (29%) worldwide. This is followed by water, sanitation and hygiene (20%) —to guarantee, among other goals, potable water to 42.8 million people— and nutrition (18%) —to offer treatment against severe acute malnutrition to 4.2 million people. children-. Another of the pillars of the intervention will consist of strengthening the mechanisms for the prevention of natural disasters and early warning, as well as improving the response of the affected populations and reinforcing their ability to overcome disasters.

1.4 million children are at risk of severe acute malnutrition in 2019 in the Democratic Republic of the Congo

In the face of limited funds, innovation can be a crucial ally. “Although this word has become fashionable, it is nothing new, nor does it refer only to the latest technologies. Rather, it is about doing things more efficiently, scaling them faster and with fewer resources, ”says Clara Palau, Product Manager at Unicef’s Innovation Unit.

Less than half of the collection in 2018

Instability in Libya; the conflict in eastern Ukraine; displacement in the Lake Chad basin and in Ethiopia; the protracted wars in Syria and Yemen; the exodus of the Rohingya in Bangladesh; children in transit from Venezuela; the increase in violence in Afghanistan and South Sudan; The Ebola outbreak in the Democratic Republic of the Congo are some of the dramatic situations that hundreds of millions of children around the world had to face in 2018. The past year did not make it easy for children. However, UNICEF was only able to raise less than half of the funds needed to run its emergency programs.

The United Nations Fund requested at the beginning of the year 3,600 million dollars, (3,172 million euros) although in December the total had risen to 3,800 million (3,348 million euros), due to the appearance of new natural disasters, the crisis of regional migration in Latin America and the Caribbean, and the deterioration of situations in fragile contexts such as Afghanistan, Mali, Syria, Sudan and Yemen. By December 10, only $ 1.85 billion (1.63 billion euros, 49% of the total requested) had been reached, which was added to approximately $ 919 million (809 million euros) available from the previous year.

The executive director of the Spanish Committee, Javier Martos, attributes the responsibility of not reaching the goal to the fall in official development aid and to humanitarian action “highly conditioned, the execution of which is increasingly complex and limited.”

Emergencies in the Democratic Republic of the Congo, South Sudan, Syria and its neighboring countries, and Yemen accounted for 60% of all funding received in 2018, while the five most underfunded crisis situations, proportionally to the needs were Angola, Cameroon, Kenya, Madagascar and Uganda. Together, the funds received for these emergencies represented 2% of the total collection.

Most of the funds received (63%) came from the United States, the United Kingdom, the United Nations Office for the Coordination of Humanitarian Affairs, the Central Fund for Emergency Action, the European Commission and Germany.