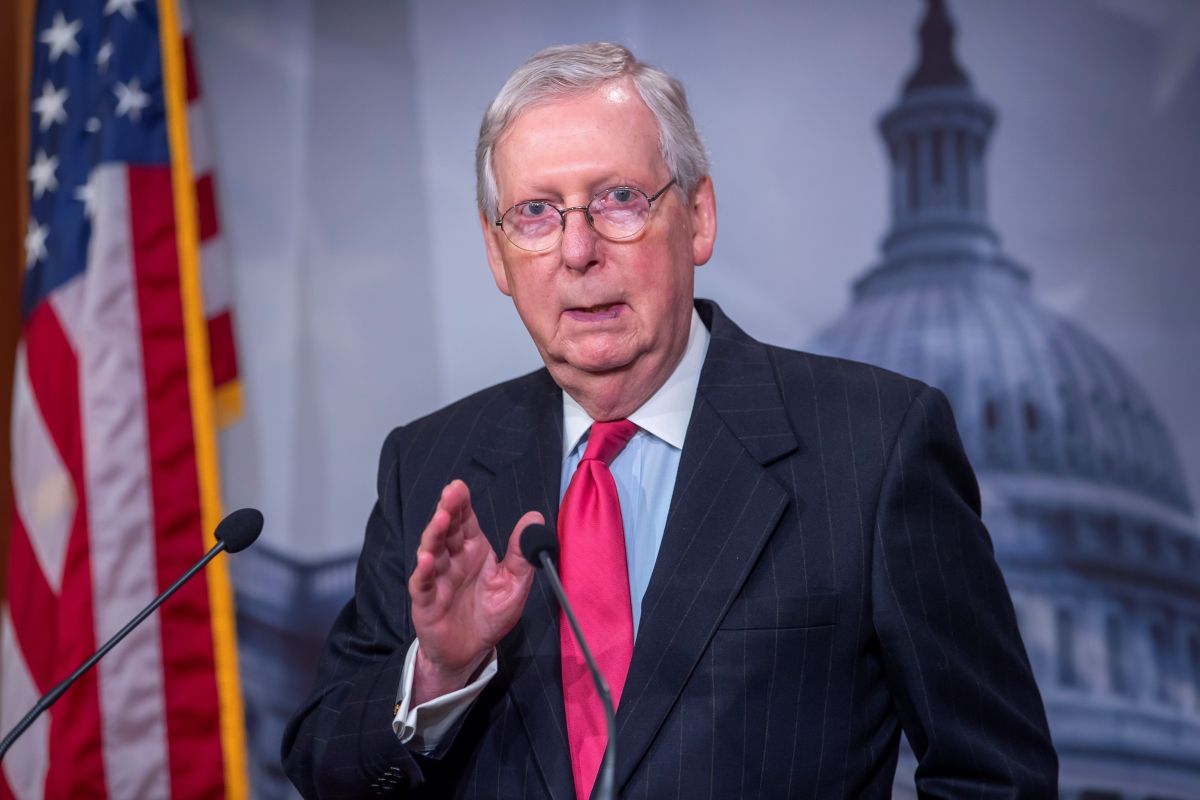 Mitch McConnell, Republican leader in the Senate, has not yet presented the results of the negotiations for new financial aid. / Archive

The hope of the vaccine for COVID is a light at the end of a tunnel that is increasingly difficult for the United States from the point of view of health and the economy. The continuous increase in cases of infections, hospitalizations and deaths is affecting the job market and in the week ending December 12, 855,000 workers were forced to apply for regular unemployment insurance or collection.

It is about 23,000 more unemployed than the previous week to which 455,000 are added who have applied for the so-called unemployment assistance in the pandemic or PUA, created to cover independent workers who normally do not have access to this social network.

In total there are 1.34 million more workers, 63,000 more than the previous week, those affected by unemployment in just seven days. It is the highest point since September and reveals how badly the economy is and with it the labor market.

There are now 39 consecutive weeks of job destruction at a rate higher than at any time during the Great Recession of 2008.

The benefits known as PUA and PUAC, which are an extension for those who have already exhausted their insurance, end on December 26 and is waiting for Congress to approve an extension of these. Otherwise, before the end of the year, around 14 million families will lose the income provided by this insurance.

The duration of the extension of these insurances in the package that legislators have been negotiating for weeks is not known. Democrats view this aid package – valued at about $ 900 billion – now being negotiated as transitional. Progressives hope that with the new government of Joe Biden as of January 20 they can go further in supporting an economy affected by an ongoing pandemic.

What does contain the fiscal stimulus now under negotiation is direct help with checks that is half of what was given with the CARES Act and a reinforcement of unemployment with $ 300 per week, half of what this same aid law prescribed in spring.

Conservatives, who have been pushing to end the legal liability of employers in the event of COVID contagion for employment reasons, are not in favor of raising unemployment assistance or transferring money to the coffers of states and municipalities that now they are in deficit.

The level of deterioration of the situation, due to the pandemic and the lack of aid, led Mark Hamrick, an economist at Bankrate in the early hours of the morning, to wonder if there really is “help on the way.”

At press time, no closed agreement has been presented that suggests that aid is already on the way.

In an early morning statement, Hamrick said he hoped lawmakers would see the “worrying reality of the situation” although he also explained that at this point when “a good part of the year has been spent failing in an obvious task, no one is going to applaud to the members of Congress ”.

At the end of November, more than 20.6 million workers rely on unemployment insurance or collection. Last year at this time less than 1.8 million people collected this insurance.

The effect of this is an increase in poverty of historic proportions. “As far as we know, no member of the House of Representatives and the Senate have had to rely on a food bank to feed themselves,” said this economist.

Heidi Shierholz, an economist at the Economic Policy Institute explained on Twitter that without further stimulus the economic recovery will be delayed and racial economic inequality will deepen. “Given the impact of systemic racism and history, Black Latino workers have lost more jobs during the pandemic and have less wealth to cope with.”