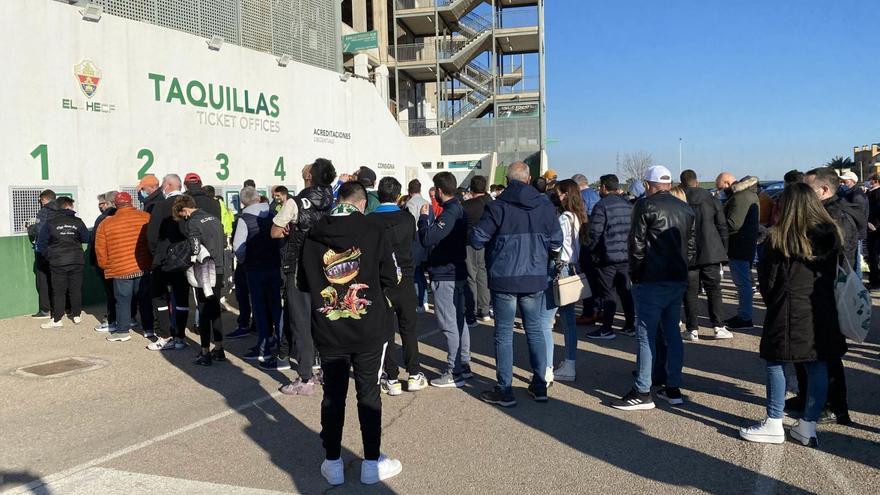 Illusion, motivation and hope. Those three words can summarize the feelings of the Elche fans and players ahead of the Copa del Rey round of 16 tie, which will face them this Thursday (8:00 p.m.), at the Martínez Valero stadium, against Real Madrid.

The franjiverdes fans and footballers are aware that it is going to be a difficult match against the new champion of the Spanish Super Cup and the current leader of LaLiga. But the good moment that Francisco’s team is going through invites optimism and even more playing at home. The team from Elche dreams of qualifying for the quarterfinals of the cup tournament, which would be something historic and would leave Elche very close to being able to repeat the milestone of 1969 when the franjiverde team reached the Cup final for the first and only time.

In case of surprising and eliminating Real Madrid, Elche could have rivals such as Rayo Vallecano, Cádiz, Mallorca, Betis or Valencia, who have already qualified for the quarterfinals. The rest will come from the Real Sociedad-Atlético de Madrid and Athletic Club de Bilbao-Barcelona qualifiers.

The fans want to be by the side of the team, mainly the season ticket holders. For this reason, last Sunday, before and after the league match against Villarreal, there were long queues of fans eager to acquire a seat.

The Elche club is also aware that this is a great opportunity and under the slogan “We dream together” has sent a message to all the fans: “Get your ticket and don’t miss the great match of Martínez Valero”.

The franjiverde entity has wanted to reward the loyalty of its subscribers and has made available cheap tickets that range from 15 euros in the Upper Ring to 30 euros in the Grandstand. Fans with a card have until this Tuesday at seven in the afternoon to have their seat reserved. As of this Wednesday, the seats of subscribers who have not obtained entry will be released to the general public.

Of the nearly 13,000 subscribers that it has in Elche, most have already come to buy their ticket. Many of them took advantage of the day of the Villarreal match to do so.

In addition, as is usual in this type of match, many Real Madrid fans from the province of Alicante and neighboring areas will take advantage of the occasion to see their team live.

Online sales are also going at a good pace and the club hopes to exceed 20,000 spectators next Thursday.

In the last Elche-Real Madrid La Liga match (1-2), played on October 30, the Martínez Valero stadium brought together 23,010 fans from both teams.

Francisco is also excited about the cup tie and the possibility of reaching the quarterfinals. The last two victories against Espanyol and Villarreal allow to be less burdened in the league table, so the Almeria coach does not plan to make as many rotations as in previous Cup games, as he acknowledged last Sunday. “We are going to face the match with the intention of enjoying ourselves” and making it difficult for Real Madrid. I am not going to rotate so much, because the players we have are the right ones, “he commented.

The franjiverde trainer has the casualties of Pedro Bigas and, very possibly, of the Chilean Roco. Pablo Piatti tested positive on Sunday and it will be difficult to arrive on time. Francisco hopes to recover Helibelton Palacios and Fidel, as long as they test negative for tomorrow’s anticovid tests.

For his part, Antonio Barragán makes it clear that Elche is able to stand up to any team. “It’s an exciting tie, to enjoy and we’re going for it,” said the right-back, who will repeat on the right-back if the Colombian Helibelton Palacios cannot return.