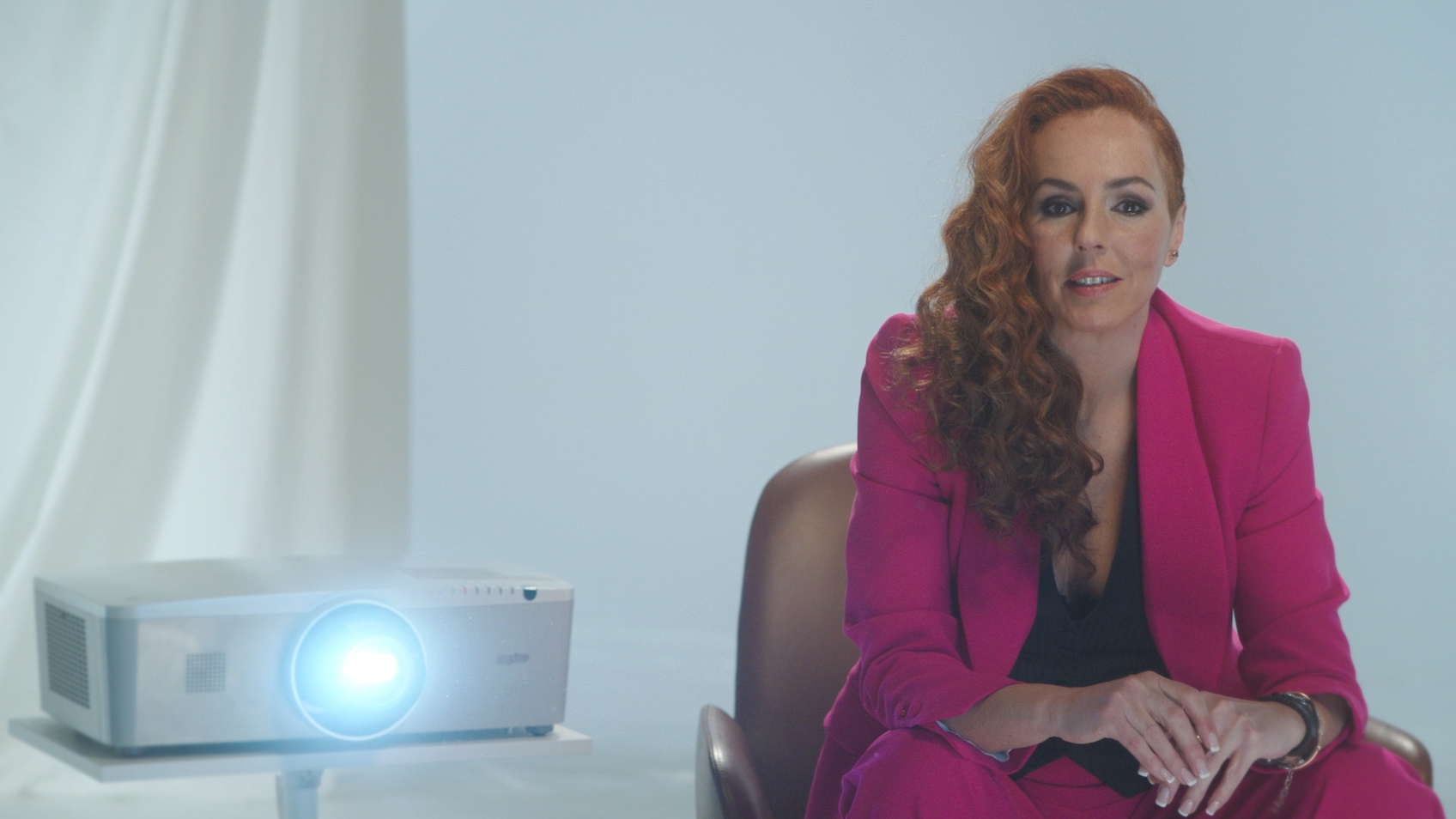 “Why has a whole country sentenced a woman without knowing her story?” The question is thrown by a voice in off at the beginning of the first program about the documentary Rocío, tell the truth to stay alive. The protagonist, Rocío Carrasco, 43, daughter of the singer Rocío Jurado and famous since she was born, has recorded more than 60 hours of conversation that Telecinco has turned into a series of eight chapters, of which two were broadcast on Sunday. Her testimony in the foreground on a white background and alone, will be accompanied on successive days by many hours of television sets. The network has wrapped his words in piano music to dramatize his testimony. They present him in the forms of a great television show: the same channel that fed in his case the myth of the bad mother giving voice to his ex-partner, now shows his story, his voice. There is still time ahead to know how this story will end, in which different Spanish politicians have already entered. The Minister of Equality, Irene Montero, made statements on the program Save me this Monday: “Hearing that testimony from many women can make them think about their own lives.” Socialist deputy Adriana Lastra pointed out that the testimony “has great value in making gender violence visible.” Rocío Carrasco’s complaint for gender violence has been provisionally dismissed in court. She is currently unrelated to her two children. Her ex-husband, Antonio David Flores, has never been convicted of this matter. This Monday Telecinco has announced that he is fired as a talk show after years of regular collaborator of the chain and participants of various realities. He has responded announced that he will sue.

But the 3.7 million people who watched the first two episodes on Sunday heard during prime time talk about one of the most difficult to demonstrate facets of sexist violence, the psychological one. They also contemplated how abuse does not have to always conform to the same profile of a woman. Carrasco’s testimony has put on the table that they are judged more harshly and are not always believed. Or the damage that can be inflicted on them through their children. Different specialists dissect the testimony of this woman and what she tells of the different faces of a structural problem, which in Spain has led to 1,083 fatalities since the official count of murders began in 2003. They identify the echo of gender violence in the words scored by Rocío Carrasco.

“The testimony left me torn and it seemed very real, it is like that of many women I have defended and accompanied,” explains Altamira Gonzalo, a lawyer specializing in gender violence with more than 40 years of career. “Having made it public and undressing like that in front of the whole world has to serve for two things: so that women lose their fear of reporting and so that justice is convulsed at once,” he adds.

Carrasco recounts an episode of physical violence: “He yanked my hair and hit me with his head on the table.” And it alludes to others of what is known as psychological violence, much more invisible in court. They were in the form of insults: “You are fat”, “You are stupid. You are not finding out ”,“ you are a son of a bitch ”. Or threats, which he claims came after his separation: “I’m going to take them away from you. [a los niños]I’m going to make them hate you ”. Rocío Carrasco initiated the complaints in 2016. The case was referred to a gender violence court in Alcobendas, Madrid, in 2018, where it did not prosper. She has appealed to the Supreme Court.

One before and one after

At one point in the documentary, Carrasco reveals that when he learned that his daughter was going to appear on television defending her father, she tried to commit suicide. He has also explained that he has suffered from an anxious depressive syndrome for a decade. “Justice is not clear about the psychological abuse, but I hope there is a before and after this testimony”, considers Mariti Pereira, from the Federation of Associations for Assistance to Victims of Sexual and Gender Violence, Famuvi. “This case shows that it is very important to strengthen the judicial system to identify psychological violence when women report it. There are very few cases of conviction for this type of aggression ”, adds Inmaculada Montalbán, magistrate and former president of the Observatory against gender and domestic violence of the General Council of the Judiciary.

“He has achieved what he told me when he left to separate: you’re going to shit, Rociíto,” says Carrasco during his interview. “It has taken away the most important thing in my life, which is my children.” Montalbán and Altamira warn that this type of abuse can also continue after the divorce. “In general, what experience tells us is that when complaints of psychological violence do not prosper, it can create a dangerous sensation of impunity in the accused, it can lead them to carry out new strategies to harm the woman who reported him” Montalbán adds, who clarifies that he does not enter into concrete in this case, of which there is no judicial conviction.

Carrasco, famous from the cradle, does not live up to the standard victim image that even today, 17 years after Spain passed its law against gender violence in 2004, many people hope to see. The key is that victims can be what women in general are: different. “With this case we see how violence against women does not respond to a specific profile, but can occur in any social class and regardless of education,” adds Montalbán. Miguel Lorente, forensic examiner and former delegate against gender violence, emphasizes that Carrasco’s story “can be very positive” to explain what a toxic relationship is like, “if it is not used as an element of the audience and of the parties. If we are going to talk about this matter, let’s do it well. “

There is an issue that has been and continues to be highly analyzed by specialists: re-victimization. How victims of sexist violence face not only abuse, beatings or insults extended over time, but are questioned by the environment, by the courts, they are forced to repeat their testimony over and over again, to relive it again. Carrasco also delves into that matter, increased by fame. “I want to stop judging me,” she asks at the end of the first episode, which has passed almost entirely bathed in tears. “You don’t want to see it again reflected in the media, on television, while you’re having dinner at home.”

His interview is framed, before and after, by the comments of a group of talk shows. Some are the same ones who for years have spoken of her as a bad mother. When he finishes his first speech, the camera focuses on them one by one. Close-ups of everyone in silence. One of them, Belén Esteban, admits that she was one of the people who questioned her: “I have contributed to that.”

The myth of the bad mother

Rocío Carrasco has not had a relationship with her children for several years. “How many times have they called you a bad mother on the street, Rocío?” Asks an interviewer who is not seen. “Too many, too many times,” she replies. Women are judged much more harshly if they do not meet a certain pattern of motherhood. “So much so that the myth of the bad father does not exist: that a father is absent is not seen as a problem, there is no awareness of the negative emotional impact, on them yes”, underlines Miguel Lorente. Carrasco accuses her ex-partner of having separated her children from her. Both Inmaculada Montalbán and Altamira Gonzalo emphasize that this type of action – in general, without going into this specific case – coincides with a form of what is known as vicarious violence: hurting the mother with what hurts her most, her children. . The aggressor, in these cases, “knows that he is giving him the most cruel form of mistreatment,” Gonzalo points out. The experts agree that, in no case, one can speak of Parental Alienation Syndrome (PAS), a controversial term that was initially called the malicious mother syndrome, which has not been recognized by any professional or scientific association and which has been rejected by the American Psychiatric Association and by the World Health Organization. In this case, it was the president in Madrid of the far-right Vox party, Rocío Monasterio, who alluded to this syndrome in a tweet during the program: “Today half of Spain has understood what the parental alienation syndrome is.” Montalbán points out: “The SAP is a construction that calls women a liar and tells them that they manipulate their children against their father. In this case, the context is that, after the filing of the crime of psychological violence, the defendant has spent years and years with a strategy of continuing to revictimize the complainant, and has used the children to continue hurting her ”.