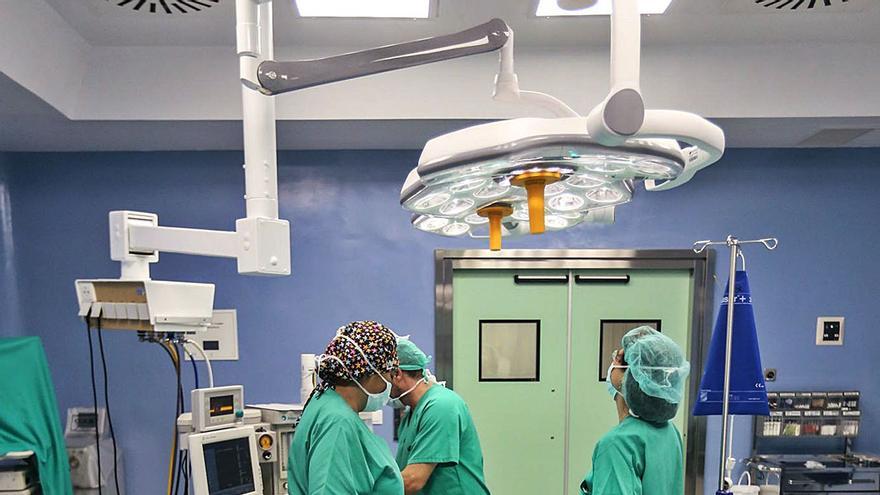 However, the data offered by the Ministry of Health are average times obtained from all the specialties in all hospitals, so no specific cases of patients who have been waiting up to a year, for example in specialties such as Traumatology, where the delay is usually higher. The unions also warn that these data only partially reflect the reality of the waiting list problem, since in recent months patients have not been able to access either diagnostic tests or specialists, so the figures published by the Ministry of Health are just the tip of the iceberg of the problem. The third wave of the pandemic began after the Christmas holidays and reached its peak at the end of January, when 1,851 people were hospitalized in the ward and 221 in the Intensive Care Units. This avalanche of hospitalizations forced the cancellation of all operations that did not imply a vital emergency, such as caesarean sections, accidents, intestinal perforations or the most serious cases of tumors. Just a few weeks ago, with the fall in revenues from coronavirus, operations in hospitals were resumed.

The General Hospital of Alicante is the health center that accumulates more patients waiting one operation, specifically 5,593, of which 2,396 have been doing so for more than 180 days. The average wait in this health center is 168 days, the highest figure in the province of Alicante, next to the Sant Joan Hospital, where 3,406 people wait for a surgical intervention, 1,462 of them more than six months.

The Ministry of Health insists that the bulk of patients currently on the surgical waiting list “is due to minor pathologies.” Specifically, more than 50% of the patients waiting to be operated on are from Ophthalmology or Orthopedic Surgery or Traumatology.

At the moment, the number of patients on the surgical waiting list in all the Health Departments of the Valencian Community stands at 70,369 patients, and of them almost 37,000 belong to Ophthalmology and Traumatology. In the specific case of cataracts, there are more than 11,000 patients, inguinal hernias, more than 3,000, or bunions, which represent more than 2,000 waiting patients. Regarding the pathologies that require more time for an operation in the public health system, knee prostheses stand out, an intervention for which you have to wait 174 days and arthroscopies, with an average delay of 170 days.

Shock plan and operations outside of working hours

With the fall in coronavirus cases, the Ministry of Health has recovered the two programs it has in order to alleviate the waiting lists for an intervention.

The first to resume was that of the self-concert operations, that is, those that they are paid in public hospitals outside the normal working hours of doctors and nurses. These were the first to be suspended at the beginning of January, when the increase in critically ill patients forced them to use hospital operating rooms to be able to attend to them.

More recently, the Choque plan, that is, the referrals for operations to private clinics. Every week, Health is referring an average of 250 patients from the specialties that accumulate the most delays, such as Traumatology or Surgery to be operated on in these clinics. These two formulas are the ones used for years to try to reduce the waiting list, without so far having managed to put an end to this scourge of public health. In a recent interview, the Minister of Health, Ana Barceló, promised to implement other formulas that help reduce the greater number of patients awaiting intervention due to the coronavirus pandemic, although at the moment it is unknown what these new formulas are that can help alleviate this problem.