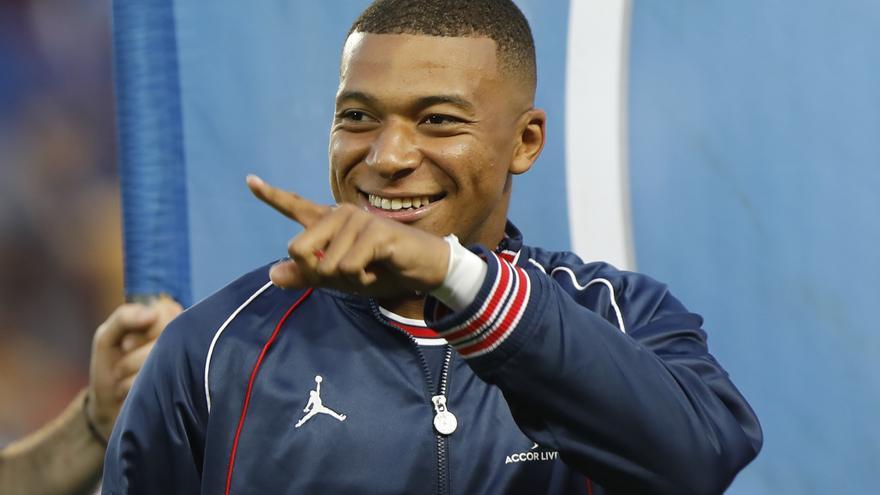 The signing of Kylian Mbappé for him Real Madrid remains unconfirmed. The euphoria in the Madrid sports press and the resignation in the French – “Mbappé, at the gates of Real”, L’Équipe titled – reflected this Friday that the arrival of the French forward to the Bernabeu it is trading higher. The meringues and Parisian leaders negotiated the second offer presented by the white team on Thursday afternoon. But the operation is not closed and the information fell into a dropper on a day in which the protagonist of the ‘mercato’ was Cristiano Ronaldo, with his return to United.

“Nothing has changed in the last two days, we are in the same situation. Nothing has changed,” he said this Friday. Leonardo, PSG sports director, in a brief statement to La Sexta from his car in the sports city of the French team.

After a first offer on Tuesday of 160 million euros, Madrid raised it to 170 million and 10 more in easy-to-achieve variables. He has also promised Mbappé a salary of about 35 million net per season (about 70 million gross), which would make him one of the highest paid footballers in the world. The meringue offer is not only astronomical for a player who ends his contract on June 30, 2022, but is approaching the 180 million (145 + 35 variables) that the capital team paid Monaco in 2017.

After having harshly loaded Against Madrid, Leonardo himself acknowledged on Wednesday that they would start negotiating from this amount. The Parisians wanted to be inflexible, but the forward’s constant refusals to renew have forced them to negotiate.

“Prepared for any hypothesis”

While in the Madrid press the signing was considered imminent and there was speculation with a presentation on Sunday, in the French it was greater prudence. “Mbappé-Real on stand by”, titled the gala magazine So Foot. The Bondy forward trained with the rest of his team to prepare for Sunday’s duel against him Reims, in which the debut of Messi.

According to Deportes Cuatro, Mbappé has already communicated to his teammates that he will leave and that he will sign for the white team, information that has not been confirmed by any other means. On the other hand, according to Le Parisien, a newspaper very close to PSG, the French star “is prepared before any hypothesis “.

Looking for a substitute

There are four days left until the transfer period is over and it cannot be ruled out that the Mbappé case will turn towards either side of the scale. Even less so in this crazy end of the market. Mbappé’s contractual situation places Madrid in a position of strength.

Numerous rumors suggest that PSG is already looking for a luxury replacement, such as the Brazilian from Everton Richarlison, the Polish Robert Lewandowski or even Norwegian Erling Haaland, whose hypothetical arrival at the Park of the Princes would turn this market into one of the most epic in remembrance.

One of the victims of the possible signing of Mbappé would be Eden Hazard. There are speculations that suggest that Juventus wants to cover the loss of Cristiano with the incorporation of the Belgian, who landed two years ago at the Bernabéu for 160 million euros and has offered a very poor performance.