In the village of Nouilhan, a handful of houses of wheat and corn farmers in the Hautes-Pyrénées region of France, there was no longer any talk of Jeremy Rimbaud. That his name was no longer spoken was all he could hope for. Forgetting it was asking too much. “How were we going to forget about him?” asked a neighbor who was spending the afternoon sitting in her garden and who was having a hard time with the return of journalists to her municipality. “We all knew Léopold Pedèbidau. Rimbaud entered his house but he could have entered someone else’s, he passed by where my family lives. It is something very traumatic ”, adds to EL PERIÓDICO, a newspaper that belongs to this group, Prensa Ibérica, another woman, employed in the town hall of the population. So not bumping into Rimbaud when turning the pages of the local newspapers was a small achievement. Last week, however, Rimbaud was in the news again. And their nicknames,’The cannibal of the Pyrenees‘ or ‘The Cannibal of Nouilhan’, returned to the front pages.

Rimbaud escaped from the hospital Marchant from Toulouse on Wednesday January 19 and walked several streets, mingling with the rest of the citizens. Until in the Libra Street, a step of townhouses located right in the center of the city, attacked a 73-year-old woman He had just left his home to walk his dog. Again, he used a bar to hit his victim, who, like the previous ones, believed that he was going to kill her, according to what he told the newspaper ‘The Midi Dispatch. It was prevented by the archangelic intervention of some neighbors, who contained Rimbaud. The elderly woman suffered serious injuries to her head and arms, but will recover. 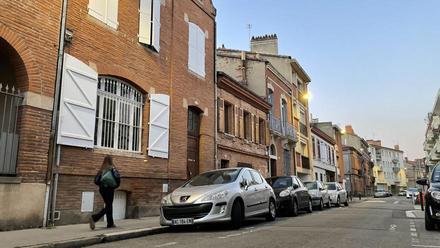 Five days later, on the asphalt of the Rue de la Balance, the blood stain caused by Rimbaud’s attack is still clearly visible. Those who walk along that trail do not observe it, but they do not ignore the event. On the contrary: “there has been a lot of talk about the attack”, admits one of them, who travels on a scooter. Following the outbreak of violence, Rimbaud was handed over to the health authorities. The same ones who had mistakenly considered that ‘the cannibal of the Pyrenees’ was no longer a threat to anyone and should not be under surveillance. “Now it will be investigated whether the medication has failed but, as it is protected information, we do not know what treatment he was following,” explains Fred Abela, one of the journalists who covered the event. His newspaper was one of those that returned Rimbaud to the front page by confirming that the individual who had attacked the old woman was the same one who in 2013 spread horror in Nouilhan.

The story of the cannibal

Rimbaud was born in 1987 in the city of Tarbes, one of the main cities in this area of ​​southern France, and grew up in a normal family. He enrolled in the french army when I was only in my twenties. In 2011 he participated as a corporal in a mission in Afghanistan which lasted six months. He was the driver of an armored car. Apparently, from that experience on Taliban soil, Rimbaud returned traumatized and abusing the consumption of ketamine Y marijuana. At the end of 2013, when he had already left the armed forces, his mental health problems worsened. His girlfriend, in a statement collected by the media South West, explained that two days before the Nouilhan events, he noticed that Rimbaud’s personality had changed abruptly: “He was very ill, he was another person. I wanted to convince myself that December 1 was the end of the world. I was possessed.”

The Afghanistan veteran wandered around Tarbes for several days, without eating or resting. On November 14, he arrived at the town of Nouilhan. In his delirium, he sneaked into the house of a 90-year-old farmer, Léopold Pédèbidau, whom he had seen from the street and would have mistaken for a Taliban soldier. He attacked him with an iron bar. When Leopold was still alive, ripped out his tongue and part of the heart. After, cooked the pieces of meat and he ate them accompanied by green beans. Late in the afternoon, he left Léopold’s house and crossed the main road that borders the village to hide near a grain silo. There he surprised his second victim, John Cami, another peasant like Léopold, who was riding his tractor after emptying his trailer of corn. Cami tells EL PERIÓDICO how it happened. 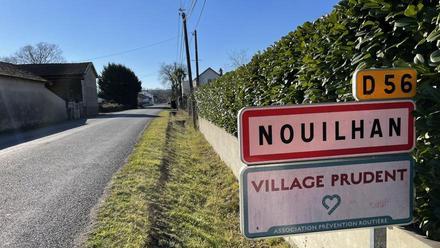 “I am going to kill you”

As soon as he grabbed the wheel, Rimbaud climbed into the cockpit and placed the metal bar – the same one he had used to kill Léopold – inches from his face. A struggle ensued and they both fell to the ground. Cami assures that Rimbaud did not stop shouting during the fight: “I’m going to kill you.” “In the end it hit me in the back. The doctors said it could have left me paralyzed, or killed me,” he says. Rimbaud, who was then 26 years old, saw that with that bar he could not break Cami and left to find a more forceful weapon. In a house he found a shotgun and five hunting cartridges, took them and killed him again. Fortunately, Cami’s screams had summoned the help of several neighbors at that time. When Rimbaud reappeared, he was arrested by firefighters.

Cami denounces that after the assault suffered by the old woman from Toulouse, he feels unprotected by justice. “In 2016 they said that Rimbaud was not criminally responsible for those events but they promised that he would be watched because he was very dangerous and that they would inform me if they transferred him. They haven’t complied with it.” Camí has ​​a 40% disability and had to leave his job as a mechanic, which he combined with the field, as a result of the brutal blow that Rimbaud dealt him in the back. He still has the iron bar and displays it during the interview. He understands that the residents of Nouilhan want to turn the page and that they long for the days when no one talked about Jérémy Rimbaud. But it helps him to tell the press what happened. It allows him to throw into the air the question of whether the French army was right to treat their soldier “like a dog” that they got rid of despite knowing he needed medical help. 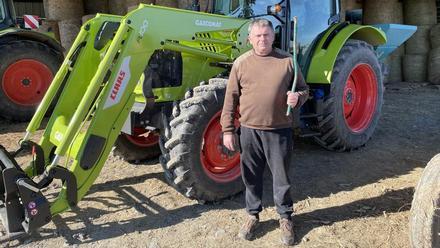