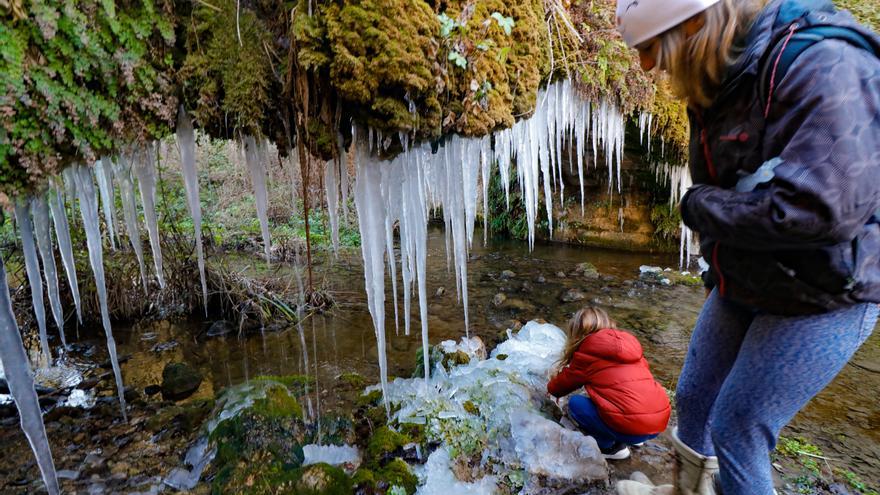 The sky of the Valencian Community will be cloudy or covered today, with scattered rainfall on the coast of Alicante and Valencia and occasionally in the south of Castellón, with weak frosts in the interior and snow level from 1,200 meters, the The wind will blow light or moderate with a predominance of the east component and the minimum temperatures will be somewhat higher in the province of Valencia and south of that of Castellón. The week in Alicante starts with more clouds than sun, and risk of rain tonight and tomorrow. The minimum last morning in Alicante was 4 degrees.

According to the State Meteorological Agency (Aemet), the Tuesday the sky will remain cloudy or covered, with scattered rainfall on the Alicante and Valencia coast that will tend to subside in the afternoon, with fog banks and weak frosts in the interior and snow levels from 1,200 meters. The wind will blow weak from the east component, with moderate intervals from the northeast on the coast, and temperatures without changes, except for increases in the maximum in the southern third and the maximum on the coast of Valencia.

A total of 19 provinces in the interior of the peninsula will be on a yellow warning (risk) due to frost this Monday, January 24, with temperatures of up to -8 degrees Celsius, according to the prediction of the State Meteorological Agency (AEMET).

In addition, Cádiz will be on yellow alert for coastal phenomena, with force 7 winds, occasionally 8, in the west of the Strait and south of the Trafalgar area, and intervals of east or southeast force 7 in the south of the area. Guadalquivir-Cape Roche out to sea

In the rest of the peninsular southeast quadrant, some low-type cloudy intervals are expected during the first half of the day; and slightly cloudy or clear in the rest of the Peninsula. In the Canary Islands, the skies will be cloudy in the western islands, without ruling out precipitation, and with intervals of clouds in the eastern ones.

Morning mists are also not ruled out in the south of Castilla-La Mancha and inland Galicia, according to the AEMET prediction, which also warns of some haze in the southwest of the peninsula.

As for the maximum temperatures, these will rise in the north of the North plateau, Cantabrian mountain range, upper Ebro, Basque Countryor, Navarra and the Pyrenees, while they will experience few changes in the rest and also in the minimum.

Frosts remain in much of the interior north, center and east of the Peninsula, more intense in the Pyrenees, valleys of the North Plateau and around the south of the Iberian system, and weaker and more scattered in the interior of the southeast quadrant.

Also Read  SMI: The Government finalizes a rise in the minimum wage of around 15 euros per month since September | Economy