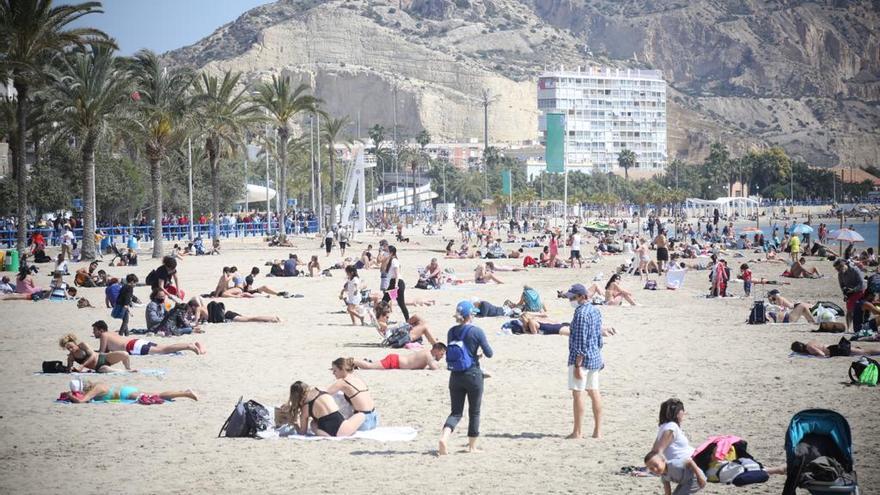 Climatic roller coaster. The typical spring weather that the beginning of April has given us and that today can reach the 25 degrees maximum at noon In a good part of the coastline, it will change suddenly tomorrow Wednesday, the day an Atlantic storm enters the north of Spain, which will cause a thermal collapse of up to ten degrees returning us to the cold of winter. In addition, the State Meteorological Agency announces a weekend that, in principle, will be unpleasant and marked by storms on Saturday and Sunday. The State Meteorological Agency (Aemet) foresees for today, Tuesday, a notable decrease in daytime temperatures in the extreme north of the peninsula and a significant rise in the extreme southeast with higher values ​​for the time of year. In the Cantabrian area, cloudy skies with weak and scattered rains that will remit from noon; the snow level will be about 1,000 meters. In the northeast of Catalonia, increasing cloudiness and showers during the second half of the day, with cloudy intervals in other areas of the extreme north of the peninsula, the Canary Islands and the east of the Balearic Islands.

There is a great difference in precipitation between provinces:

There were two notable episodes of rain, both of which affected the southern coast of Alicante. The first was centered on day 7, when rainfall was generalized throughout the Region, persistent on the coast of La Vega Baja and Baix Vinalopó, where there were two moments of strong or very strong intensity. The second episode was centered on days 18 and 19, and it was also accompanied by cold and the rainfall was snow at a level that came down to 300 meters during the afternoon of the 18 in the north of Alicante and south of Valencia . It also snowed on the 19th in the interior of Castellón and southern interior of Valencia.