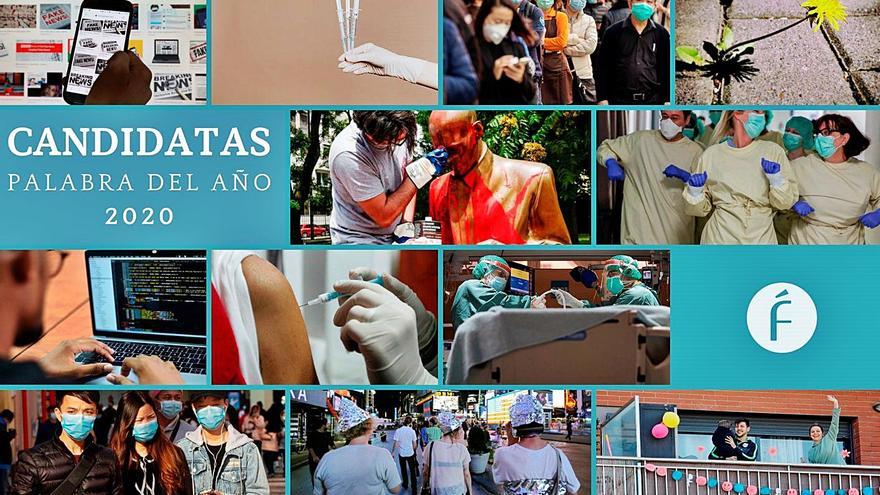 Language. “Coronavirus”, “infodemic”, “resilience” or “confinement” are some of the candidates for the word of the year 2020 of the Foundation for Urgent Spanish (FundéuRAE).

This will be the eighth time that the Foundation, promoted by the Efe Agency and the RAE, has chosen its word of the year from the more than 250 terms to which it has dedicated some of its daily recommendations on the use of the language.

Before the final election, which will take place on Tuesday, December 29, the Foundation for Urgent Spanish announces a list of twelve candidates who must meet various requirements.

On the one hand, that they are terms that have been, to a greater or lesser extent, present in the social debate and in the media. On the other hand, that, due to their training, meaning or doubts of use, they offer interest from a linguistic point of view and have therefore been the subject of some of the recommendations published daily by the FundéuRAE during the year.

With these criteria, the Foundation has chosen the twelve candidates for this year:

From the noun “coronavirus”, a common term to refer to any virus of the family “Coronaviridae” or of the genus “Coronavirus”, and which since February has been used to refer to “SARS-CoV-2”, to the name of the disease that it causes, «COVID-19», an acronym that has quickly traveled around the world, is being lexicalized at an unusual speed and has also caused many doubts regarding its grammatical gender.

The similarities and differences between the terms «epidemic» and «pandemic» have placed the latter among the twelve chosen, as well as the noun «telework», which the Dictionary of the Spanish language defines as «work carried out from a place outside of the company using the telecommunication networks to fulfill the assigned workloads.

The “confinement”, translation of the Anglicism lockdown, which has forced the forced confinement of the inhabitants in their homes for so many months this year, is another of the voices selected. Also the word “infodemic”, which gives name to the overabundance of information (some rigorous and some false) on a topic.

In addition, this year the TikTok application has been very present in our lives, so much so that the noun «tiktok», written in lowercase and with round letters, is considered valid to refer to the short videos that are shared with it.

Another neologism found among the words chosen is “statuephobia”, a term used in the information on protests against racial discrimination and which means “aversion or rejection of statues”, as well as the appropriate word “conspiranoia” to refer to the tendency to interpret certain events as the result of a conspiracy, and much cited in the news about the elections in the United States.

The list of 12 candidates is completed by the voices “resilience”, the ability to adapt and recover from an adverse situation; “Health”, valid and frequent shortening of “health personnel”, and “vaccine”, protagonist of the covers of recent months.

Information on all the candidates this year, as well as on the winners in previous editions, is available in the special Word of the Year, on the Foundation’s website.

The FundéuRAE (www.fundeu.es), promoted by the EFE Agency and the Royal Spanish Academy (RAE), has as its main objective the proper use of Spanish in the media.