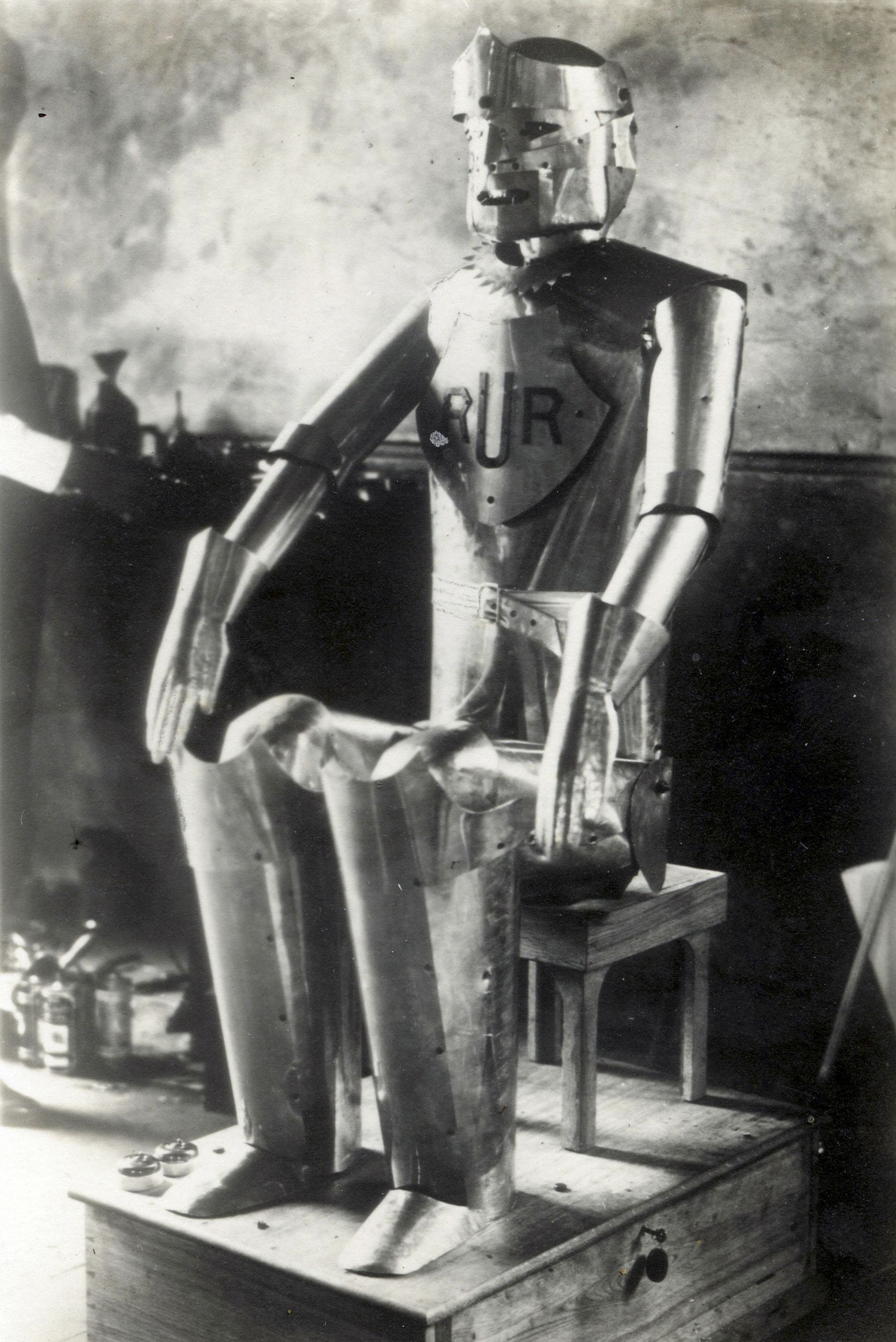 “Robot!”, Replied the painter Josef Čapek, with a mouth full of brushes, to the question of his brother Karel, writer, what name to give the artificial assistant of the man in the play that was ending. Karel didn’t have to think much about it. Robot: the word perfectly suited his artificial character. Also, it was familiar: jobIn Czech and other Slavic languages, it means “hard work.”

This scene took place exactly one hundred years ago. The play was titled RUR O Rossum’s Universal Robots. The name Rossum means “intelligence” in the Slavic languages, so that the title already implied that it was about artificial intelligence that had to be at the service of man. Yet Čapek was always mindful of the horror that gripped him when, a few years earlier, war technology had turned against man in World War I. He observed with fear the scientific evolution of artificial intelligence and in his work he portrayed a rebellion of robots that end up dominating man. It was released in 1921, was very successful on the European and American stages, and was translated into 30 languages.

But most of all, it brought the word “robot” to the world. And with it he marked a whole line of novels and films that, also after World War II, followed the development of robotics with fear. Perhaps the best known of all is 2001: A Space OdysseyKubrick’s film version of some Arthur Clarke stories. Here, too, the computer Hal is acquiring human properties and, feeling threatened, rebels and ends up becoming a murderer of men.

A few years ago, at the Grec Festival in Barcelona, ​​I saw the play The three sisters, by Antón Chekhov, staged by the Seinendan Theater Company and the great theatrical innovator Oriza Hirata, who worked with actors as well as androids and robots. As I entered the theater, I imagined that I would see another dystopia about men being dominated by those who must have been their assistants. But no: both androids and robots coexisted in the play quietly with humans. The robot, a funny cartoon, played the role of one of the sisters, like the android; both — or rather, both — were immersed, even if they didn’t want to, in the world of feelings.

I just read Klara and the Sun by Kazuo Ishiguro. Its protagonists also forgot the fears of the twentieth century. Set in the United States in the indefinite but not too distant future, the novel tells of Klara, a robot who serves as a friend to a teenage girl with health problems. Neither the adolescent nor her friends ponder philosophical questions about the nature of these fruits of technology or contemplate the possibility of their rebellion: like any machine, Klara is there to serve them and, when she is outmatched by more advanced models, He throws it to the junk, period.

Closing the book, I think that, a century after the appearance of the first menacing robot on the scene of the National Theater in Prague, our vision of artificial intelligence has been enriched. It has been a long road, with wars and dictatorships and atomic bombs involved. Many tasks have been robotized and not only in industry, but even in our daily lives. The robot is no longer scary. Or if?