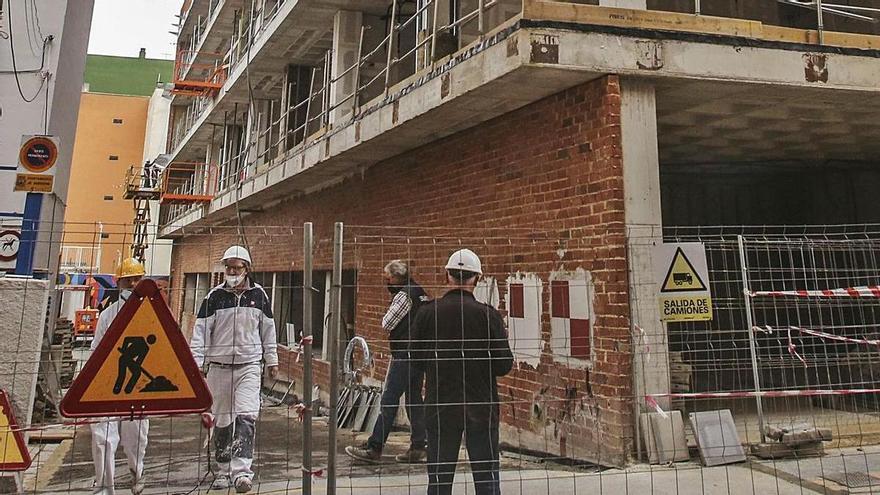 This was confirmed to this newspaper by the mayor of Benidorm, Toni Perez, who indicated that the works have suffered several stoppages in the last year, above all, due to the restrictive measures that were applied due to the pandemic. For example, after starting the works in February 2020, the state of alarm and the confinement forced any work in progress to be “stopped” because it was not an essential activity. It was not possible to take advantage of the period of Holy Week, not teaching, to advance the performance. But to this, according to sources consulted by this newspaper, the quarantines of the workers were added when some contagion by coronavirus was detected.

“We have gone through difficulties that have modified the execution schedule,” said the mayor who pointed out that, even so, “the works are progressing” and the main building will be finished in June, according to the established calendar.

It should be remembered that the project is included in the Building Plan of the Consell, the program of construction and improvement of school infrastructures that is carried out through delegations to the city councils. The new Leonor Canalejas pavilion has a 3.5 million budget euros that is part of the Consell Building Plan. The building will have a ground floor and three heights: the first will be for the use of the school and there will be services such as the dining room; the superiors will be used for Adult Training, a school that has been in the Torrejó Building for a decade, located on the first line of Levante. But the performance includes more improvements within the current school building, such as accessibility and restrooms. And in addition, the game areas and sports courts will be remodeled, that is, the outside of the patio.

However, Benidorm put out to tender the works in 2019 and it was expected that they would begin in December of that year, although there was no movement until February 2020. Before that, the City Council had already carried out the demolition of the old pavilion where the Old houses of the public school teachers and that had to be vacated in 2016 following a report from the Polytechnic University of Valencia, commissioned by the City Council, which indicated that one of the blocks had damage and a low level of structural safety.

Improvements to the current building included the installation of an elevator. But also fix the bathrooms or stairs. The mayor explained to this newspaper that “some of them have already begun to be executed” such as the hole where this elevator will go or the access areas. But what Accessibility and exterior issues will have to be “finished” after the pavilion is finished. Because, right now, a security fence separates the works from the patio, therefore, “until the big work is finished, no action can be taken.” And also, you want to take advantage of the non-school period of the summer months for this. “We have to act in the courtyard to finish off the accessibility works and the improvement of these spaces,” said the mayor, something that cannot be done with the students using them, especially when for health safety, the courtyard is used in its entirety to divide the students. The City Council, since the work began, has “agreed” with the educational community all the movements that have been made in this time since the work began.

However, sources from the center indicated that “we are happy with everything that is going to be done and the improvements” and they hope that everything will be on the indicated date. But they pointed out that “a comprehensive renovation of the current building”, which is more than 60 years old, would also have been necessary, with actions in other areas inside it.