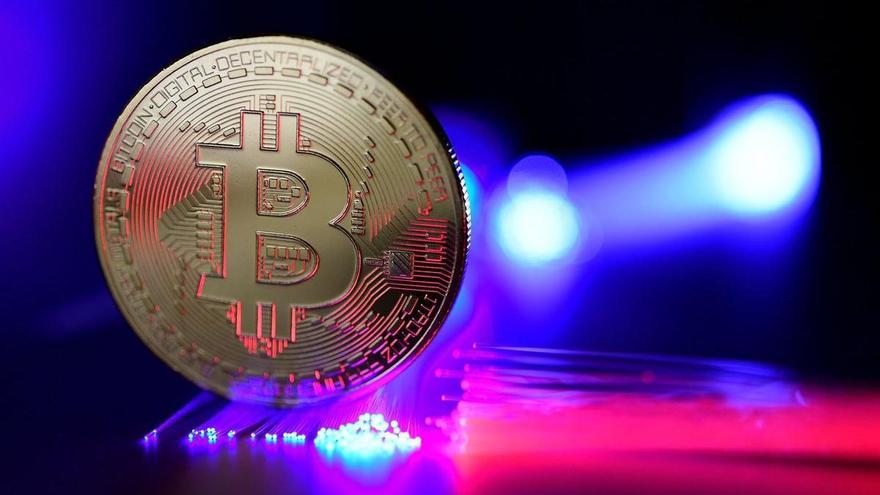 Coinmotion, the cryptocurrency broker belonging to the Coinmotion Oy group, has made the “I Meeting of Women in the Crypto Industry”, initiative that is part of the events organized from the “Coinmotion Observatory of Criptoactivos”, created by the Finnish firm to reflect and research about the cryptoeconomy: in aspects such as regulation, innovation, services and development at an international level as well as talent in crypto .

In the first edition, moderated by Cristina Murgas, director of the Financial and Institutional Communication Area of ​​QUUM, participated Heidi Hurskainen, CEO and member of the board of directors of Coinmotion Oy; Gabriela Chang, co-founder of EthicHub; Covadonga Fernández, director of the Blockchain Observatory and Montse Guardia, general director of Alastria Blockchain Ecosystem.

Precisely, it is Guardia who makes a call at the level of development and programming: “I would like to see more women, more at the level of construction, model creation and technological programming”. And he assures that it is a terrain that “is not balanced and there is no gender diversity.” Therefore, it is necessary to call programmers and code developers to Blockchain platforms and the creation of digital projects.

Hurskainen, as the leader of the Finnish firm, has explained that, although in the cryptoeconomy sector the number of women has been increasing in recent years, the challenge is still that there is fear when facing technical issues. “Many women believe that they should understand it better in order to invest. The work that should be done to have more women operating in the sector is education. Setting an example and removing myths from the matter In addition, from Coinmotion’s main headquarters, he has assured that, “although in the Nordic countries there are high positions in technology companies, in the cryptocurrency and Blockchain industry there is little female presence. Not for lack of opportunities but because still women do not dare to make the leap to the sector ”.

For his part, Covadonga Fernández has stressed that Blockchain has the same complexity that the internet would have had at the time. “This is like an academy. You are learning and it is an investment that you are making in yourself. As a journalist and director of the Blockchain Observatory I try to show women to illustrate the different events within the sector. Since the arrival of the Blockchain we have only dedicated ourselves and made a great effort to tell how complicated it is ”.

At the meeting, the participants highlighted that Blockchain and the DeFi ecosystem (Decentralized Finance) is developing rapidly, this implies an increase in investment and greater institutional interest, in bitcoin and Ethereum, for example. Geographically, The US continues to lead the consolidation of the market compared to Europe, supported by entities such as Goldman Sach, JP Morgan, Square and PayPal with cryptocurrency services. The entry of Spanish banks such as BBVA are examples that can encourage European banks to operate in the future, perhaps mergers and acquisitions, since even the collaboration of Fintech operators with traditional banks continues to be a difficult path.

From Coinmotion they have highlighted a greater demand from family offices towards cryptocurrencies and DeFi products, as well as from private banking. So they foresee a 2021 of strong growth. On the other hand, Heidi Hurskainen has highlighted the evolution of regulation, although there are still EU countries that have not implemented the Fifth Directive. Specifically, in Spain the creation of the Sandbox represents a positive inflection in regulatory development.

Covadonga Fernández has stressed that beyond the transactionality of cryptocurrencies, the most relevant thing is that they are based on a technology that is helping to build the finances of the 21st century. “We are seeing it reflected in decentralized finance with the emergence of multidisciplinary companies that bring the sector closer to normality, to everyday life. 2020 was the year of the consolidation of the crypto industry in Spain ”. Likewise, he has highlighted that tokenization is becoming a great catalyst for multiple industries, for example, in the real estate and mortgage sector and for financial inclusion in underdeveloped countries especially. At a geographical level, the Blockchain Observatory closely follows the role of China due to the great development potential of Blockchain.

For her part, Gabriela Chang, co-founder of EthicHub, has been a firm defender of the use of Blockchain technology in financial inclusion with impact, sustainability and SDGs. A believer in the generation of shared value, decentralization and the aligned incentives of multisectoral governance, he recalled that “one in four people in the world is excluded from banking systems. In Latin America it is 47% of the population. Given this, Blockchain has the enormous potential to include this part of the world’s population. “

Decentralized Finance expands the use of Blockchain with the real needs. “From a simple transfer of value that we have so far to what are decentralized exchange houses, cryptocurrency loan platforms or liquidity mining; new terms that are emerging with a potential that we are just beginning to glimpse ”. Applying it to boost the real productive economy of the quarter of the population excluded from finance is the great potential. The unbanked are more than two billion people in the world, “says Chang.

Finally, he recalled that Mexico has the most advanced Fintech regulation compared to Spain, but it must not be forgotten that Spain leads the participation of women in the Fintech industry at the European level, more than 50%. On the other hand, Spain has the opportunity to position itself as a Fintech capital after Brexit. In the geographical environment, the great forgotten are the unbanked who are in Latin America, Africa and Southeast Asia.

Montse Guardia, General Manager at Alastria Blockchain Ecosystem has highlighted that “right now there is a better understanding of what the crypto world is and the economic-financial part, but we still have a way to go to establish that economic framework, which is behind of that exchange rate and understanding of the financial model ”.