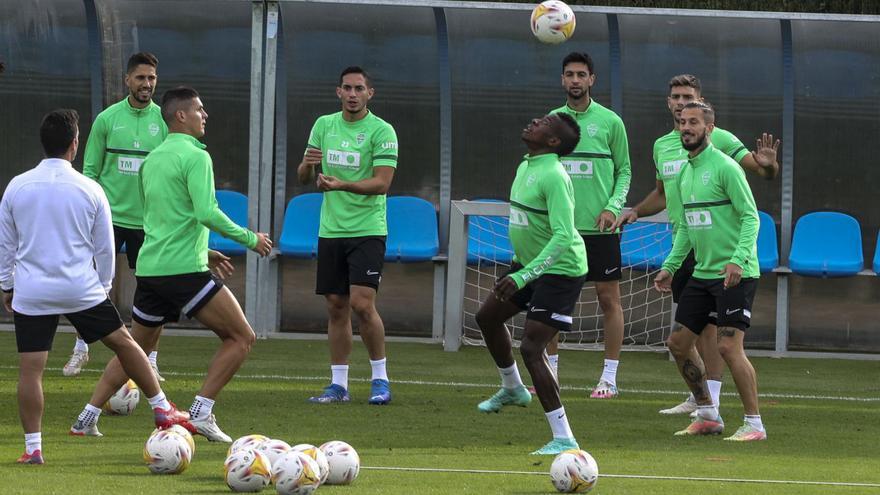 The game is at lunchtime in Spain, a bad time for football and, above all, for the fans who go to the field, but the best time to promote the image of Elche, and of Elche in Asia, one of the objectives of the club from Elche. In Beijing (China), it will be eight in the afternoon. In Tokyo (Japan), nine at night.

Despite the time, the best entry of the season is expected at the stadium so far. The club hopes to exceed 23,000 spectators. Yesterday the sale to the general public of the 1,500 tickets of the Afición Visitor sector was opened, after Real Madrid notified that there would be no organized trip for its followers. These passes cost 55 euros and can be purchased until the start of the meeting.

At the game, Elche and Real Madrid arrive in need of a victory. A draw could help the people of Elche to add and gain confidence after the last mistakes that have cost games and that have led them to add only one point in the last three days, that of the tie at two at home against Espanyol. Real Madrid has just equalized zero at the Bernabeu against Osasuna, a team that played defensively and came out well off. But Elche does not want to entrust its luck to a draw. The team knows that starting the fight thinking about the tables can be very dangerous, especially against Real Madrid, who almost always score.

Real Madrid -in the image Vinicius Jr- trained yesterday in Valdebebas and then traveled to Elche. | REAL MADRID

The situation is delicate for both teams, but it is even more so for Elche, which is 15th in the table, very close to the relegation places. Only two points away and with a game more than pursuers like Alavés and Granada.

The historical statistics of Elche-Real Madrid are favorable to the meringues. Specifically, this duel has been repeated 22 times in the city of palms and the Madridistas accumulate nine wins and seven draws. But there have also been six home victories and the last precedent is a 1-1 achieved on December 30 of last year. And it was played without an audience.

The club wants the football party to be lived in the Elche stadium and reach the whole world. Escribá is one of those who thinks that going out to lock up before an almighty like Real Madrid is always expensive. The technician has almost all his troops. Piatti is out due to some discomfort in the sun, “nothing important and will be back soon,” the coach himself detailed yesterday.

Elche have played with up to three different systems this season. Today he could use the three centrals with a 1-5-3-2, although lately the preferred scheme for Escribá is 1-4-4-2. Except for a major surprise, Kiko Casilla will be in the goal, who faces the team from which he came out as a footballer. As Omar Mascarell did in his day, probably starting as the goalkeeper along with Raúl Guti (right) and Fidel (left). Perhaps the position of the latter can be occupied by the Argentine star Pastore. In defense, from left to right, Mojica, Bigas, Roco, Verdú and Palacios. Or Josan instead of the Colombian right back, to seek more centers. Lucas Boyé will not be missing in front and, as a dance partner, Benedetto has all the ballots.

For his part, Carlo Ancelotti already has the return of Modric to the Madrid discipline, but yesterday it was confirmed that Benzema does not travel to Elche due to discomfort in an instep. Neither are Fede Valverde, Gareth Bale, and Dani Ceballos due to injury. Real Madrid faces a new situation without its forward reference and could train with its starting goalkeeper, Courtois; defense of four with Mendy, Alaba, Militao and Carvajal; midfield with Casemiro, Modric and Kroos; and forward with Vinicius Jr, Hazard as a false nine and Rodrygo.