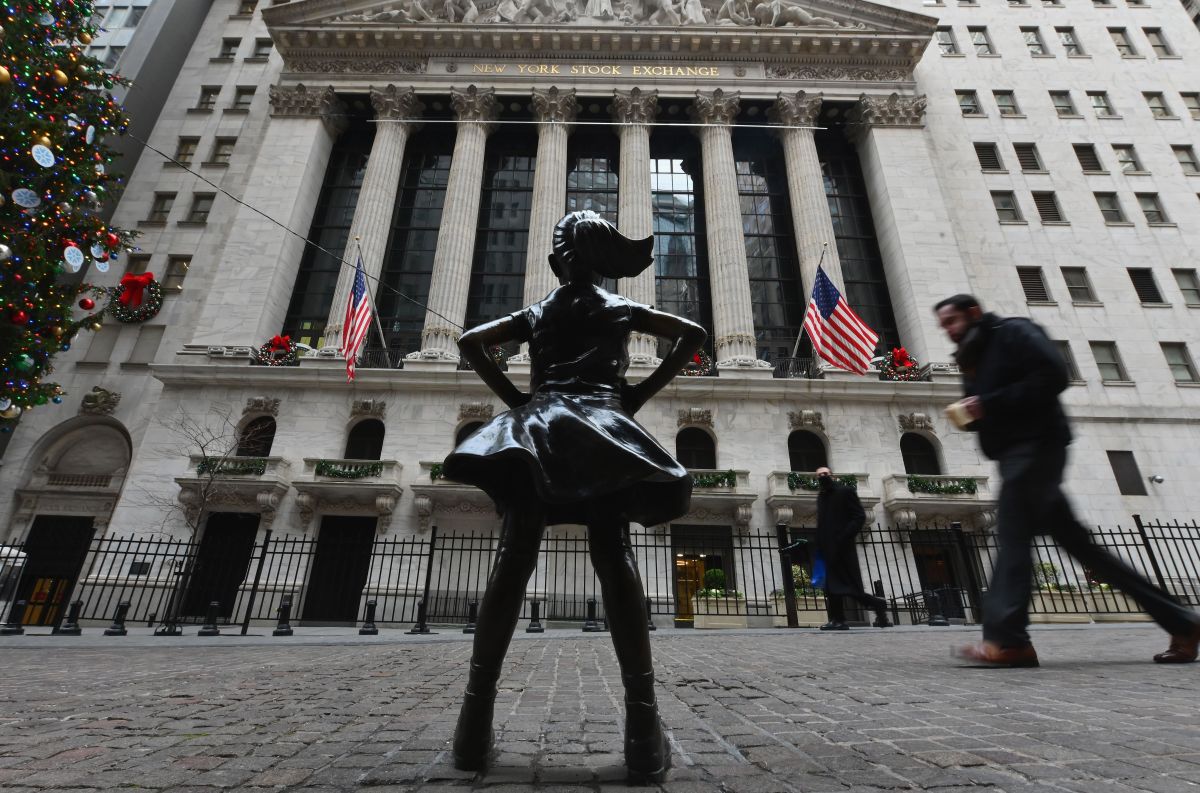 The year will change on December 31 but the course will not improve until well into spring and although a notable advance is expected, it is possible that it will also know little after a year as devastating as the one we left behind

We will have a pandemic in 2021 due to the lack of control of infections, hospitalizations and deaths at the end of the year from COVID, in addition to the closures of geographical areas. Although it is expected that at some point the vaccine will reach all corners, the disease will continue to be the first economic variable for months.

President-elect Joe Biden said on December 22 that the “darkest” days in the battle against COVID are “ahead of us, not behind.”

How COVID is managed will be decisive in how it is rebuilt or built. Getting out of the economic hole will be a matter of many more months, perhaps years in which the next challenge will be climate change.

Economists are not confident of immediate improvements in the US given how 2020 closes and, in fact, they expect a very poor entry into the new year, in line with Biden’s advisory regarding the health issue. And that is counting on the highly anticipated (for months) fiscal stimulus.

The one approved by Congress on December 21 lacks the ambition to deal with a crisis that is the most serious since the Great Depression and that has revealed the grotesqueness of social inequalities. But it can be a bridge of transition to new aid that will depend a lot on the elections in Georgia on January 5, since the CARES Act was passed unanimously on March 27, the Republican majority has been very reluctant to join the task of revitalizing a semi-paralyzed economy.

On January 5, Republicans will play the majority in the Senate. If they lose it, the Joe Biden government will have a better chance of taking measures to alleviate the crisis.

The composition of the Biden government suggests that strong fiscal support is favored. Indeed, when he welcomed the newly approved $900 billion fiscal support package, the president-elect clarified that more needs to be done than that.

Avoiding further deterioration is also essential so that the economy can be relaunched with more force in the middle of the year, which is something that is expected to be achieved when the vaccine is more universal.

But It should be noted that this does not mean that all the lost jobs, all the revenue that evaporated, the business plans that collapsed and the bills that have been left unpaid will be immediately recovered.

Wall Street banking economists are counting on the effects of the vaccine and more stimulus when it comes to forecasting an improvement in the economy between 5% and 6% by the end of the year, a change of depth given the contraction they expect the IMF of 4.4% for 2020.

IHS Markets economists believe that a stimulus or recovery injection of more than $900 billion could raise GDP by 5%, but without it and if there are more closures to contain the latest spike in contagions, real GDP will hardly be able to take off any further. 3% and with risks.

But this growth will not bring a shower of jobs. A report by economists published by Banknote indicates that the expectation is that unemployment will be high in 2021 with a rate around 6%. If the active population that has been lowered during the crisis (those who work and those who actively seek employment) does not rise, even that 6% is worse than it seems.

That is why there is more investment and public support, including that provided by the Federal Reserve with low interest rates and money flowing. It is something that has given wings to investors who enjoy rises in the stock markets that seem to reflect the economy of another planet.

The Federal Reserve itself is more moderate in its forecasts, growth of no more than 4% and an unemployment rate of around 5.5% are expected. In November, it was 6.7%.

The president of the monetary authority, Jerome Powell, who has been advocating all he can for a major economic stimulus, does not believe that rates and interest will rise again above 0% where they are before 2023.

Analysts at Oxford Economics expect private activity to see an advance in 2021 but do not believe that all areas will benefit equally.

Beyond COVID, 2021 is the year in which Donald Trump leaves the government and not only is greater intervention expected as was done after the Great Depression and the Great Recession, but also that the obstacles such as tariffs are removed imports (a tax for intermediate and final consumers) have put development.

In his year-end report Gregory Waco of Oxford Economics thinks that Biden “will bring more certainty but free trade is not coming back.” For this economist the risks are in an excess of fiscal austerity and the debt of the private sector, but he points out as opportunities the digital transformation, the improvement of tourism, and an open position in the face of immigration and the threat of climate change.