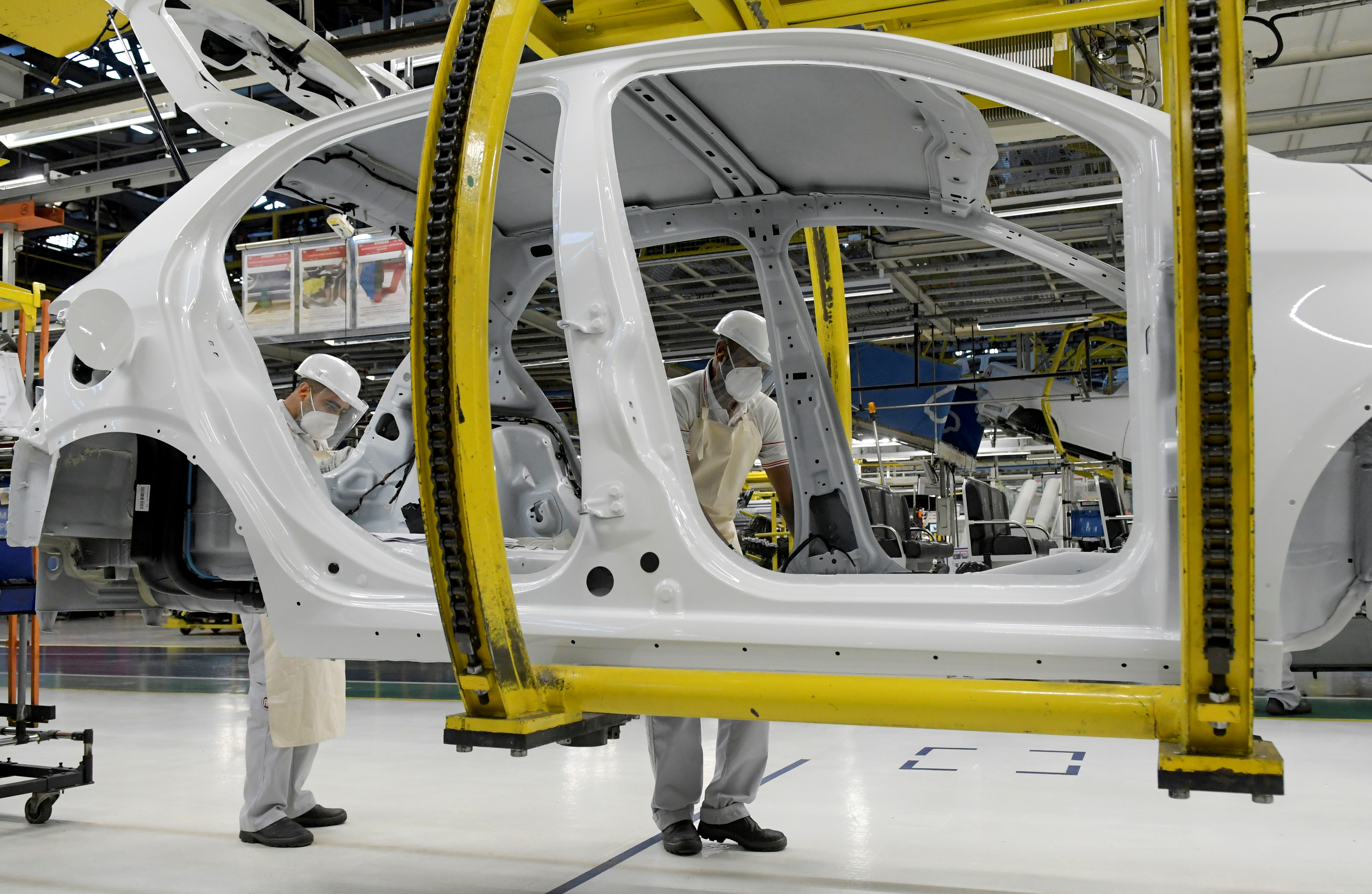 Practically at the same time, the shareholders of two European motor giants have given their final union this Monday. Both the PSA and Fiat Chrysler (FCA) boards have almost unanimously approved their merger. Once this step has been taken, nothing should prevent the birth of Stellantis, the new conglomerate that emerged from the merger of equals that will become the fourth largest automobile group in the world by vehicles sold and the third by its turnover after the Japanese Toyota and the German Volkswagen.

The operation, announced in October 2019, obtained 99.15% of the votes of the shareholders present at the FCA meeting and 99.95% of those of PSA, both without an audience and broadcast by videoconference.

As both groups have announced, the merger will be completed on Saturday, January 16. Trading in Stellantis common shares will begin on Monday, January 18, on the Milan stock market and on the Euronext in Paris and, one day later, on the New York Stock Exchange. The new entity will be based in the Netherlands, but will continue to be listed on these stock markets.

“It is a historic merger,” said John Elkann, the president of the Fiat Chrysler group, in his opening speech to the assembly, which has increased fivefold in value in the last 10 years. “Stellantis is a union of two like-minded partners, coming together to build something unique and great,” continued the Italian businessman, who will also chair Stellantis. “The next decade will redefine mobility. We intend to play a decisive role in building this new future, and it was this ambition that brought us together, ”he added.

“We are ready for this merger, for this creation of value, to move on to the next stage in this fabulous story,” said PSA Chairman of the Board and future Stellantis CEO Carlos Tavares shortly before the outcome of the voting, reports Efe.

Also Read  Serpentwithfeet: 'No one can take away my joy. Not the government, not a random white person '| Pop and rock

The European Commission had already given its go-ahead for the merger last month, after opening an investigation in June, concerned that the operation could lead to a drastic reduction in competition in the van market in 14 member states, including Spain. . The union also has the approval of Paris and Rome. In a joint statement, the Economy Ministers of both countries, Bruno Le Maire and Stefano Patuanelli, celebrated the merger of “two iconic French and Italian companies” and were convinced that “the new group will strengthen European industrial leadership”. Stellantis, “the new European champion”, will have a “key role in the key ecological transition in the European economic recovery strategy”, celebrated the ministers, who at the same time stressed that they will remain vigilant to the “contribution to industrial employment of Stellantis in France and Italy ”.

The new European motor giant will have more than 400,000 employees working around a total of 14 brands, some as emblematic as Citroën, Fiat, Maserati, Peugeot, Alfa Romeo, Opel, Jeep or Chrysler. The new conglomerate seeks, thanks to the improvement in synergies that it claims the merger will entail, save up to 5,000 million euros without closing plants or eliminating jobs. This improvement in synergies “will be the first priority for Stellantis,” said Tavares.

The two motor giants began to test their rapprochement in 2019, following the failure of Fiat Chrysler’s negotiations with another French competitor, the Renault group. The agreement with PSA was closed in December 2019 and, despite the dose horribilis that 2020 has also meant for an automobile industry very affected by the blow to the economy by the pandemic, the negotiations continued until their consummation through the shareholders’ vote this first Monday of 2021.

According to the 2019 figures, the last year of “normality” in the markets, Stellantis will be the third world car manufacturer in terms of its turnover, with 167,000 million euros, and the fourth in terms of vehicle volume, with more than eight million. only behind Volkswagen, Toyota and the Renault-Nissan-Mitsubisthi alliance.

Tavares said he was convinced that the merger would give a boost to the 14 brands of the new conglomerate. “We will be stronger together than separated, firstly because Stellantis brings us great complementarity” in geographical and technological terms and because investments in research and development will be added, the future leader of the new group confided.

According to the CEO of FCA, Mike Manley, if the data from Fiat Chrysler and PSA for 2019 are added (not counting the French car parts manufacturer Faurecia), the new merged group will have a turnover of more than 165,000 million euros ; an estimated adjusted operating profit of about 12 billion; an adjusted operating margin of around 7% and a free operating cash flow related to the automotive segment of more than 5 billion euros.

Manley also highlighted the global presence that Stellantis will ensure “by combining the excellent position of PSA in Europe with the strength of FCA in North America and Latin America”, which will also allow the group, which will bring together in its portfolio mythical brands such as Jeep , Peugeot, Fiat, Opel, Ram, Citroën and Maserati, “minimize the impact of cyclical recessions that can occur in a specific region.”

FCA has received this year in Italy a loan of 6,300 million euros within the plan of state lines of credit that Rome has made available to companies affected by the covid-19 pandemic. The Italian government, which defended the delivery of the loan to the company, which is based in the Netherlands and Great Britain, claiming that it employs many Italian workers, is likely to demand guarantees from the group that it will maintain employment levels in the transalpine country. FCA confirmed last July that it will respect the investment it had secured in Italy worth 5,000 million euros, despite the crisis situation derived from the pandemic.

Three plants and 36% of sales in Spain

The new Stellantis appears in Spain with the industrial representation of PSA, which with its three production plants has become the largest manufacturer in Spain: in 2019 (latest data available) it produced 930,000 vehicles, a figure that this year will have fallen due to of the effects of the pandemic. Added to the historic Citroën plant in Vigo is the one in Villaverde (Madrid) and the one in Figueruelas (Zaragoza), which it integrated when the French group acquired the German Opel / Vauxhall. In these three plants new models have been assigned and both combustion and electric vehicles are manufactured, and some models are even produced for the Japanese Toyota. None of those plants appear threatened by fusion.

When it comes to the market, Stellantis will occupy a large market share. Taking into account the 2020 data published this Monday by the sector’s employers’ associations, the different brands of the group present in Spain sold some 310,000 cars and SUVs, which represents a market share of 36%. They are figures that even exceed the different Volkswagen Group brands. / D. LAMB