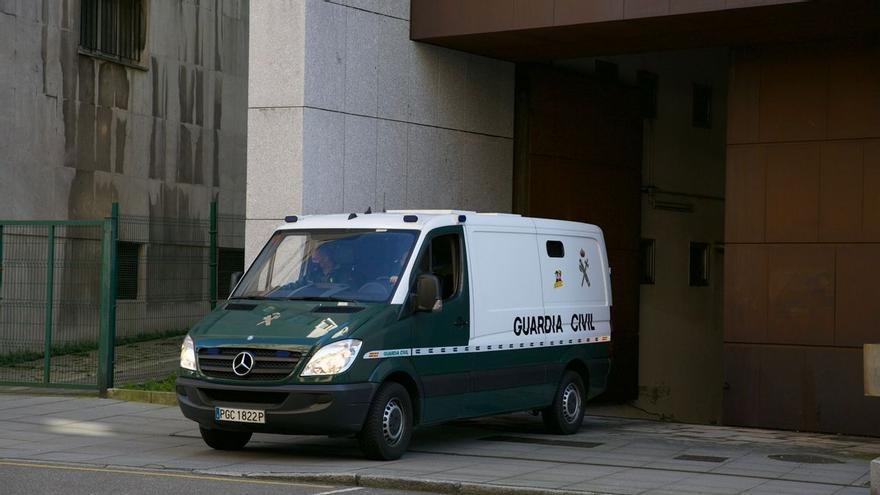 The court has decreed, after the Prosecutor’s Office requested it, provisional prison for Richard G. de la F., the young man accused of beating a lawyer in Oviedo on Sunday afternoon. Likewise, the investigated, who was to be taken this afternoon to the Asturias penitentiary, has accepted a minor conviction for a crime of mistreatment of your partner, who he was “shaking” when the lawyer later attacked wanted to intervene. The concrete must provide fifty days of work for the benefit of the community and will not be able to approach the victim, the Ecuadorian Lil M., for two years. The Public Prosecutor’s Office made its request to the consider the seriousness of the events, the brutality of the attack itself and the existence of risk of criminal repetition. The decision of Judge María Luisa Llaneza, head of Examining Court number 4 of Oviedo, has also been influenced by the fact that Richard G. de la F. has a police and judicial record, since he was sentenced to 42 days of work. for the benefit of the community for mistreating another partner of hers. The man has accepted this sentence despite the fact that his partner assured the media this morning that he had not suffered any aggression, although he had spoken in a perhaps very loud voice with his partner, which perhaps, he says, could mislead the literate then beaten.

Richard G. de la F. had refused this Sunday to surrender to the Police. The Monday he apologized to the lawyer through a television interview, although he also accused him of having beaten him, something that the victim strictly rejects. In the video that a neighbor recorded, however, the brutal kicks and punches that the detainee gave to the lawyer Carlos Hernández Fierro, who has the support of the dean of the Bar Association, Luis Albo, are appreciated. Police sources indicated that, in principle, he is being investigated for the crime of injuries that was denounced by the lawyer on Monday night. He refused to testify at the police station despite the fact that he had given statements to the television cameras the day before, but at three this afternoon He has made a statement before Judge Llaneza, assisted by the lawyer José Miguel Méndez. Previously The victim himself, Carlos Hernández Fierro, had done it, assisted by his co-worker Emilio Matanza.

The attacked lawyer assures that there was cruelty because the kicks were going directly to the head. “The images speak for themselves,” he indicated this morning. before your intervention in court. Lawyer He denounced that the attack occurred when he was ugly that he was attacking the woman. This morning, the lawyer said that he is still very affected by the blows.

Carlos Hernández Fierro literally believed that the now detainee “killed” him. When he was walking his poodle “Bruno” down General Elorza street in Oviedo, he saw a young man “shake” what seemed to be his partner. The lawyer did what should always be done in these cases and shouted: “Enough already.” “His response was to punch me in the temple and when he had me on the ground he kicked me against the head,” he said. The lawyer even believes that he could have used some instrument, such as the brass knuckles, to hit him when he was lying helplessly on the ground. “He vented all the anger he had towards her against me,” said the victim. The attacked man reported the beating on Monday evening to the Oviedo Police Headquarters, where he photographed the assailant, who also has a very characteristic tattoo on his neck, which facilitated his identification.