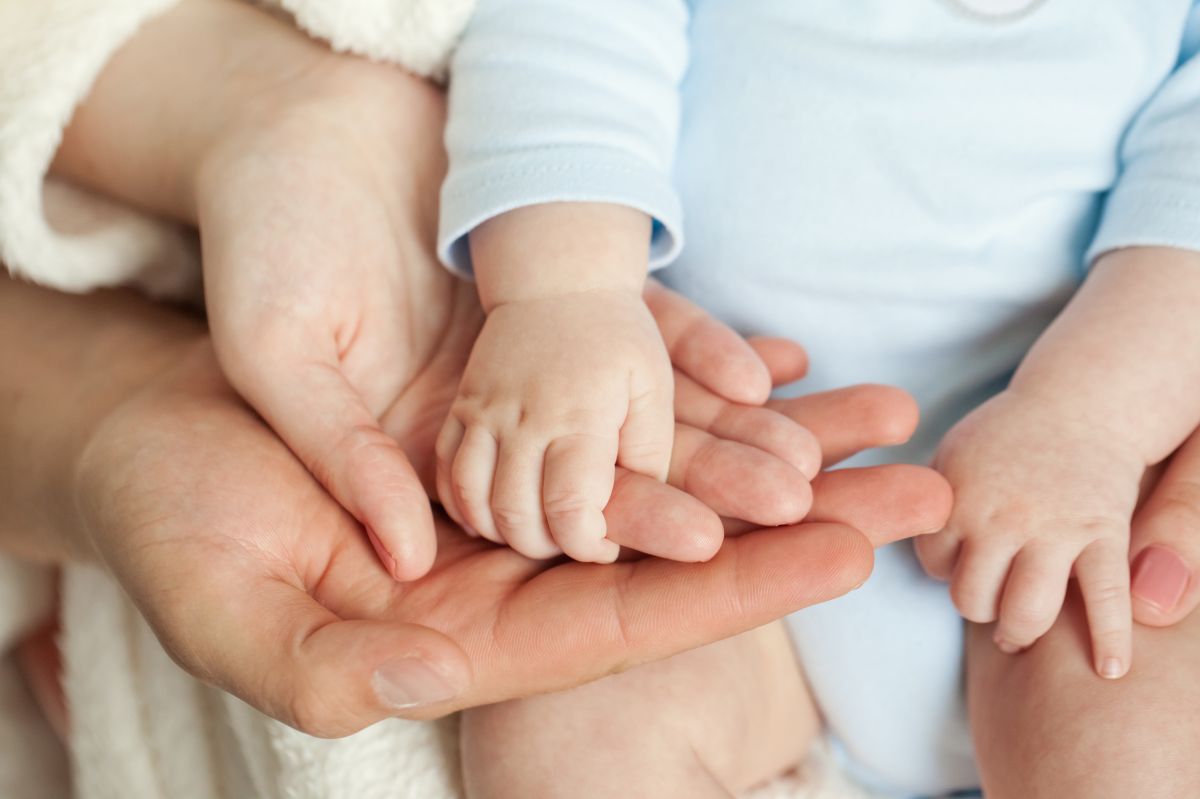 When we think or we talk about grandparents, We generally imagine people over 60, whose heads are full of gray hair and who have all the time in the world to live together and give a lot of love to their grandchildren.

However, a British couple has become news because we could consider them, literally, as the youngest grandparents in the world, since with only 33 and 35 years of age they have welcomed their first granddaughter.

Jenni and Richard Medlam are the parents of a 17-year-old girl named Charmaine, who last June gave birth to a baby girl whom she named Isla-May.

Let’s say that history repeated itself since Jenni became a mother also at 17 years old, as if daughter.

Although Charmaine’s pregnancy came as a surprise to everyone, the parents decided to support her in everything because they experienced a similar situation. Both Jenni and Richard enjoy spending a lot of time with their granddaughter, who, when they go for a walk with her in the street, people are surprised to learn that she is not their daughter but their daughter’s daughter.

“When we went out with Isla, everyone assumes that she is my daughter and Richard’s. And when we explain that we are actually their grandparents, they get the surprise of their lives … Most people don’t believe us when we tell them. But, obviously, I can understand that they think we are their parents, since we are still in our 30s, “said the proud grandmother in an interview for The Mirror newspaper.

“Being young grandparents means that you have more time to love your grandchild and more time to appreciate him. And we may even have great-grandchildren, “he added.

Jenni and Richard also have 2 other daughters, Chelsey, 13, and Scarlett, only 10, and she assured that at all times she supported Charmaine, because she, in her own flesh, knew what it was to tell her parents that she was pregnant while being so pregnant. just a teenager, and the great commitment that this means.

“Since she got pregnant, Charmaine has really grown up. Isla has been his best ally. She is an amazing mother and I think she has made the bond between Charmaine and me even stronger. Now he respects me even more as his mother ”, he commented.

Notably they all live under the same roof, even the father of the baby, assuring that the arrival of the little one united them more as a family.

In the same way, she hopes that her life story and that of her daughter will be an example for other people who are going through the same situation, especially for those young women who have decided to be mothers even in their teens, with the idea that having a baby does not mean that their goals or dreams are over.

“Charmaine has seen me work and thrive while raising her. So you know it is possible. She wants to go to college and study beauty. There is a stereotype about teenage mothers that does not seem fair to me because you can continue to enjoy your life and get what you want even if you have a baby when you are young. I am glad to be able to show my daughter that everything can continue to work in the same way ”, he concluded.

“He left it hidden”: The gift that a young woman received on her birthday from her grandfather who died a year ago that went viral