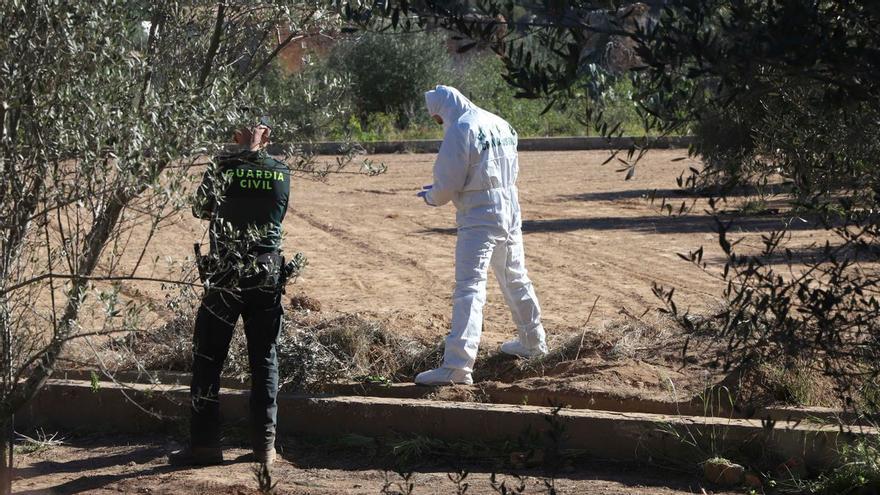 There is no more serious, horrendous and disturbing crime that a father ends the life of a son. In the case of Amiel, three and a half years old, and his sister Ixchel, six months old, are his two parents who sit on the bench this Monday as accused of the double murder of Godella (Valencia), for beating the little ones to death “acting hand in hand, doing and letting each other do “, according to the Prosecutor’s Office.

Everything is ready for you to begin the selection of the popular jury that must determine the degree of participation of both. The mother, who suffered an acute outbreak of her paranoid schizophrenia, is unimpeachable not being aware of his actions when he ended the lives of his children, according to forensic psychiatric reports. It is therefore in the other defendant, the father, where the keys of this trial that has brought together a multitude of media will focus.to the commotion generated by the murder of minors in March 2019 after a supposed ritual of ‘regression of the souls’.

Despite the absence of biological evidence against the father, a series of indications incriminate him for fostering mystical beliefs in his partner and the idea that the only way to save the little ones was with a “purifying bath” and then revive them. These indications suggest that either he actively collaborated in the crimes or, at least, allowed his partner to do it, after fostering some mystical religious beliefs so that he would sacrifice his own children, as the only way to protect them from a supposed sect that persecuted them, under the premise of the subsequent regression after their deaths.

Gabriel Salvador CA faces a sentence of 50 years in prison for his alleged “active participation” in the double infanticide, as Levante-EMV exclusively anticipated, 25 years for each one of the murders, although the maximum sentence to be served is forty years, according to the request of the Public Prosecutor’s Office. For María GM, being unimpeachable for the paranoid-type schizophrenic disorder that she suffers, the prosecutor requests her acquittal and an internment measure in a medical treatment center appropriate to her mental illness for a maximum period of 25 years.

The discovery of the bodies

At 7:30 p.m. on March 14, 2019, and after hours of anguished search in which more than a hundred troops participated, the lifeless bodies of Amiel and Ixchel were found buried in two small burial mounds not far from the house of Godella field where the couple had lived as squatters for two years. Gabriel and María had arranged the house until it was habitable for the children, who in the eyes of their friends and family they were well cared for.

However, there was one person, the maternal grandmother of the children, who did realize the risk that the minors were running For some time now, due to the worsening of her daughter’s mental health and her son-in-law’s inability to care for them. In addition, Gabriel, with a manipulative character and with great influence over María, as the psychiatric reports would later prove, would have aggravated her mental state –she was undiagnosed and had only been treated for postpartum depression– instilling in him strange mystical beliefs related to Mayan mythology or making him believe that children were victims of sexual abuse.

Some crimes that could have been prevented

Although the complaint filed by the children’s grandmother in a court in Valencia, where he warned that both parents had been suffering from “an altered and delusional psychological state” for three weeks, and a series of episodes in the days prior to the tragedy that already made it clear that something was not going well, such as the message that Maria sent to him. his mother 65 hours before the murders: “I’m going to meet the Creator“Neither the social services, nor the police, nor the court itself took any action in time to avoid the fatal outcome.

According to the defendant’s version, when he woke up at dawn, at dawn, the children were not there. He maintains that until that moment, in which he feels as if Maria had just entered the house, she had not noticed the absence of the little ones. “Quiet, they are at peace, they are with God“His partner replied when he insisted that he tell him where they were.

However, his story is not very credible to the Prosecutor’s Office, firstly because the four of them were sleeping in the same bed in a very small spaceAnd it is unlikely that the mother could take the two little ones out alone, beat them to death, bury them, and go back to bed as if nothing had happened without Gabriel noticing. Even more so considering that he recognizes that they habitually kept vigils and that he slept “with one eye open”, supposedly so that the “sect” would not take the children, although later in his judicial statement he clarified that it was as a preventive measure against possible robberies.

Also intriguing is his attitude after discovering that his partner has allegedly killed the children, without calling for help and reporting what happened, and his total lack of collaboration with investigators to help locate them, except for an indication he gave, “together to the hollow carob tree “, in which the largest of them was found, which proves that he did know where the bodies were.

After the arrests and entering both in provisional prison, Salvador requested numerous vis a vis with the mother of his children, who were denied, which collides with the supposed feeling of hatred that he showed towards her for killing the children, which the forensics reflected in his psychiatric report, in which they rule out that in his case he suffers from a mental illness that exempts him from responsibility.

Notes on a blood offering

Among the physical evidence collected by investigators from the Civil Guard Homicide group that points directly to the involvement of the children’s father in the double crime is a red notebook found in the house with notes in which the highest deity is invoked maya and passages of the sacrifice of minors with a blood offering are detailed.

In this notebook, whose handwriting evidence attributes his calligraphy to Gabriel CA, the name of the youngest daughter, Ixchel, appears in a passage where she speaks of her death and the regression of souls.

Likewise, numerous material related to Mayan mythology was also intervened on the personal computer and a USB memory that the accused himself acknowledges that only he used. Among the content analyzed by the researchers, there is talk of purifying baths, the reincarnation of souls and offerings to the Mayan gods with the sacrifice of minors whom they killed with stones.

Precisely, in the autopsy reports the forensics conclude that both brothers died of head injuries, with multiple skull fractures and brain injuries, after being hit with a blunt object – it could well be a stone – or after having hit them hard on the head against the ground.