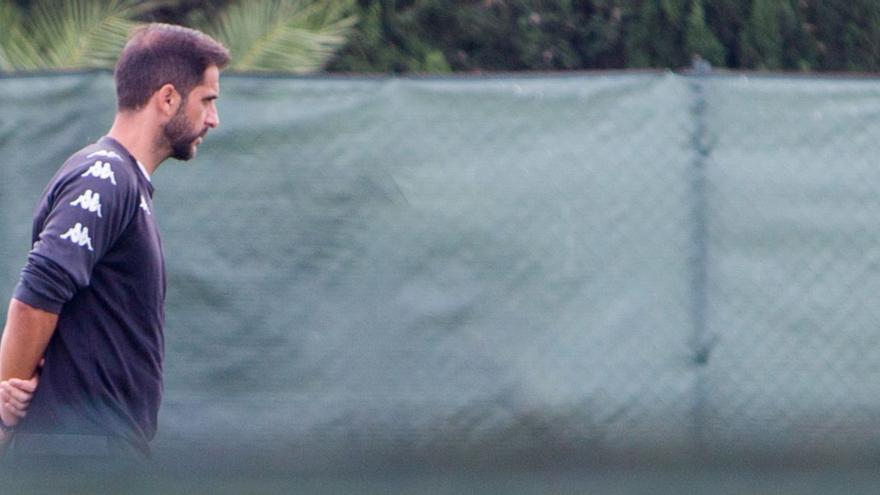 The competition is tense, the same as the gestures. The leader visits Rico Pérez with a six-point advantage over Hercules. Winning supposes for the two clubs an extra accolade to the work done. Also the dissolution of the root of doubts. On the other hand, defeat, especially in the case of the team from the capital, would ignite an incalculable flame of travel on a horizon with two consecutive departures, to Elda and Puertollano. La Nucía arrives in Alicante with homework done, being the best team of the 90s that make up the Second RFEF and, despite that, or precisely because of that, the Blue and White coach believes that the derby comes at the best possible time.

THE PRESSURE. “We have to know that it is a very important game for us, but that whatever happens, it will not be final,” says Mora. “We have to know how to live with the requirement of having to be the first, even though our goal is to always be as high as possible. The objective is clear and non-negotiable, but the path through which it is reached is not. Staying first takes you away from headaches, but everyone wants to be and everyone has made squads to achieve it, ”recalls the Hercules coach.

WIN LIKE LOCAL. “We must find a way to tie up home games. We have the errors located and we are correcting them. The team comes to this game well against the leader. It is true that they are on a roll, in a very good dynamic, so they are going to put us to the test in every way. It is the best game that could come to us at this time of the season and it is clear that the players must take a step forward, “warns the Blue and White coach.

«You cannot speak of favorites in this category, everyone can beat everyone in any field. Yes it is true that they, with the mattress they carry, have proven to be better, “acknowledges the Madrid coach, who does not want to make numbers before playing or speculate with which would be the best score based on the situation. “The tie, depending on how the confrontation takes place, can be good, but we only think about victory, warns Sergio Mora, convinced that the weekly work is good that it will end up bearing fruit also playing at home, not only far from Alicante .

“There is no favorite, but La Nucía has proven to be the best team”

NO FIXED ELEVEN. Bordalás’ ex-aide downplays the difficulty of finding an eleven. “We put those who we believe are best suited for each game,” he wields when asked about the difficulty Javier Acuña is encountering, perfectly recovered from his injury, to play quality minutes.

“The Toro has no choice but to wait for his opportunity to come and take advantage of it. His case is not different from that of the other players on the team. It is true that there are footballers who are having more opportunities than Acuña, Belima or Elliot, for example, but in the end they will all be required by the team and when that happens, which will happen, they have to be prepared to give what is expected of them », wishes Sergio Mora.

HERE I’M. The schedule is complicated for Hercules from now on, first the leader and, just after, two consecutive starts. “We would make a mistake if we thought about something other than the meeting on Sunday. We must not look further. You have to focus on the immediate, only then can we move forward.

Toro »Acuña works with full force. In the image, with David and Pedro Sánchez, with Mario Ortiz in the background.

NURSING. Elliot, Acuña and Belima, ready to enter the eleven

Sergio Mora has almost everyone available and in perfect physical condition. Only Toscano, Nico Espinosa and Solbes remain unsubscribed. Elliot Gómez, who already reappeared in El Ejido in the second half and, above all, Rubén Belima and Javier Acuña are ready to debut as headlines if the Madrid coach deems it appropriate. The forward, whenever he has been left out, has been by technical decision.