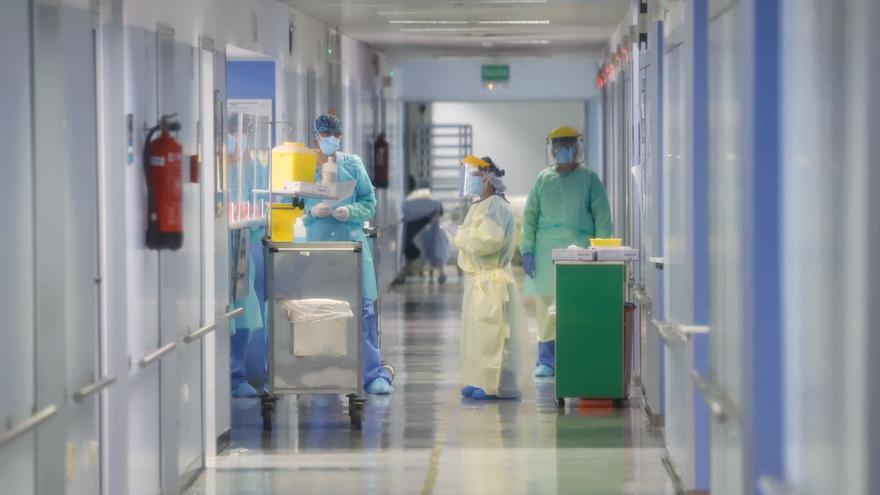 From this perspective, we cannot ignore that the decreases in temperatures as winter approaches will move social gatherings to closed places, with the consequent increased risk of infection. As in the case of seasonal flu, a greater impact of the virus is to be expected with the arrival of the cold. On the other hand, although there are still no definitive studies, everything seems to indicate that the immunity granted by the vaccine is finite in time and requires reminders. Additionally, in the case of Covid, as in the case of influenza, slight mutations of the virus will make new vaccination cycles necessary to guarantee better immunity.

Spain holds the leadership in epidemiological control, but this is not the case in the whole of Europe, particularly in some central and eastern countries. Spain presents a vaccination percentage of 88.7 for those over 12 years old according to the Ministry of Health. In contrast, Romania with only a third of the population vaccinated or Bulgaria with 22% are experiencing the worst wave since the beginning of the pandemic, with saturated hospitals and high levels of mortality. The European Center for Disease Prevention and Control rates the situation in nine countries (Bulgaria, Croatia, the Czech Republic, Estonia, Greece, Hungary, Latvia, the Netherlands and Slovenia) as very worrying. In Germany, where 67% of the population presents the complete pattern, infections have seen an increase to the levels of December 2020.

These high rates have prompted experts and institutions such as the World Health Organization to sound the alarm. At the beginning of October 2021, a growth of around 3 percent was observed in new weekly cases worldwide, reaching 3 million new cases, while in Europe the increase was 6 percent, while other regions reported declines or stability. Global deaths amounted to more than 50,000 new deaths a week, 8% compared to the previous week. Data from the institution show that, in this period, there were almost 1.8 million new cases and 24,000 deaths in Europe (Central Asia is included in the WHO statistical calculation), which represents 59 percent of world cases and 48 percent of deaths. According to the WHO, this makes the Europe region the new “epicenter” of the pandemic, with a new wave in the east, already moving to the west of the continent, which could cause up to half a million deaths by the beginning of February 2021. Experts identify the unvaccinated as the central transmission belt of this new wave, which in no case prevents those who have received the vaccine from contagion. This new wave is generating a rebound in hospitalizations and deaths and could lead to new restrictive measures, as is already the case in Belgium, Austria, Estonia and Latvia, and is also imminently expected in the Netherlands and France.

Furthermore, the mental health crisis that isolation has brought with it is becoming clear. For all these reasons, it is essential to guarantee that the immunity rate among Spaniards is extended and lasts to avoid reestablishing tougher measures.

Thus, we must continue to increase the coverage rate above 90 percent of the target population, particularly reinforcing vaccination among the youngest and those most reluctant with positive and negative incentives. We must also move forward in expanding immunization from 5 to 11 years when it is authorized. In the United States, the federal agency has approved the supply of vaccines for this age group, and the European Medicines Agency is reviewing clinical trials for this age group in Europe.

However, the most effective way to maximize social immunity is the third generalized dose of the vaccine, which has already been authorized by the European Medicines Agency. In Spain, it is already supplied to people over 70 years of age and immunosuppressed. Next, it must be extended to the entire population. This has been the solution prioritized by Israel, one of the first countries in the world to deploy an extensive vaccination campaign and, therefore, it has had to face early the apparent loss of effectiveness of the vaccine’s protection. Faced with its fourth wave, Israel has generally distributed the third dose, including to the youngest, which has led to its rapid remission. In this sense, the WHO regional director for Europe has stated that the third dose should not be seen as a luxury, but should be integrated into the vaccination standard since immunity decreases over time. This logic is also supported by the current German Health Minister, who has proposed booster vaccines every six months as a rule rather than an exception.

Of course, the third dose cannot be administered to the detriment of global vaccination and the Covax initiative of the World Health Organization and other partners. The European pharmaceutical industry has sufficient industrial capacity to meet all needs, especially because it is reasonable to assume that the coronavirus vaccine will end up being administered annually as a seasonal inoculation, as happens with the flu, but that it must be supplied to the entire population.

The European Health Union must also become a permanent mechanism for the procurement of vaccines, medicines and health supplies to deal with health crises. In this sense, on September 16, the Commission proposed creating the European Health Emergency Preparedness and Response Authority (HERA), which aims to prevent, detect, and rapidly respond to health emergencies through the collection of information and response mechanisms. For example, in an emergency, the development, production and distribution of medicines, vaccines and other medical countermeasures (for example, gloves or masks) will be guaranteed. HERA thus opens up new possibilities for a coordinated medical response, and it should be possible to supply, under prior approval, state-of-the-art drugs, such as Pfizer’s new oral treatment that promises to reduce the risk of hospitalization and death from the disease. disease by 89% in high-risk adults if taken in the early stages of infection.