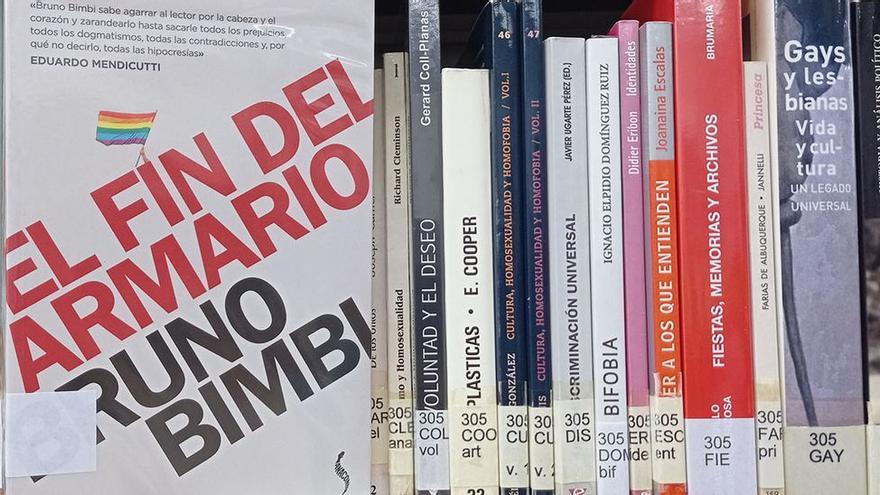 ‘The end of the closet’, ‘LGTBI, claus bàsiques’, ‘Biophobia, ethnography of bisexuality in LGTBI activism’, ’50 Queers that changed the world ‘,’ Trans-education, art, teaching and LGTBI rights ‘or’ Culture of homophobia and how to end it ‘(this preface by former Prime Minister José Luis Rodríguez Zapatero) are six of the 32 books that are the subject of controversy between the Castellón City Council and the Fundación Abogados Cristianos.

This same Friday, and after the contentious-administrative presented by the association, the court has forced its withdrawal. You can check the car by clicking here

The president of Lawyers Christians, Poland CastiliansThis request for the withdrawal of the publications of the Castellón institutes has justified it, claiming that “it is about ideology.” “It is not only because they offend but because it also reflects the indoctrination in the classrooms,” Castellanos said in statements to the newspaper. Mediterranean.

“Article 103 of the Spanish Constitution states that institutions and public spaces have to be neutral and these books mark the indoctrination in education,” continued the representative of Christian Lawyers, who also recalled that a judgment of the Supreme Court of 2011 “It refers to the fact that public education has to be neutral.”

This Catholic entity launched yesterday afternoon a campaign on social networks to collect signatures against “the serious episode of indoctrination against Christians” which, at the moment, has received 8,888 supporters in less than 24 hours.

“We cannot allow the Castelló City Council to continue using our money to promote hatred against Christians in public schools,” he said. In fact, Castellanos alludes to several phrases which specifically includes the publication ‘The end of the closet’ that “attacks Catholics, Muslims, Jews and evangelicals.”

“The Castelló City Council’s obsession against Catholics is evident, first with the Ribalta Cross and now with books,” said Castellanos, who has denounced “Taliban persecution.”

“The Town hall of Castellón we will plead the car notified today by the Contentious Administrative Court No. 1 of Castelló de la Plana.

This order accepts the very precautionary filed by Christian Lawyers and orders the withdrawal of the LGTBI-themed books given to the eleven public institutes and the Pi Gros center. Likewise, the order literally says that “I agree to suspend the enforceability of the action carried out by the Castellón de la Plana City Council, consisting of the delivery of 32 books on LGBTI ideology in eleven public institutes in Castellón and the center of Pi Gros, agreeing the withdrawal of the referred copies from the educational centers IES Bovalar, Caminàs, Francesc Ribalta, Juan Bautista Porcar, La Plana, Matilde Salvador, Miquel Peris i Segarra, Penyagolosa, Politècnic, Sos Baynat, Vicent Castell Doménech, and the center of Pi Gros ”.

From the Department of Culture, Feminism and LGTBI we have been perplexed Faced with this decision because we fully believe that giving these books in schools contributes to inclusion and respect for diversity, encourages tolerance and gives teachers tools to work with different sensitivities.

We reaffirm ourselves with the acquisition and distribution in the centers of these batches of books, bought under technical criteria, because we are in a democratic and free society, where tolerance and fundamental rights must prevail, because today’s youth will be the adults of morning. We do not understand any violation of religious or ideological freedom to which Abogados Cristianos appeals in the car. ”