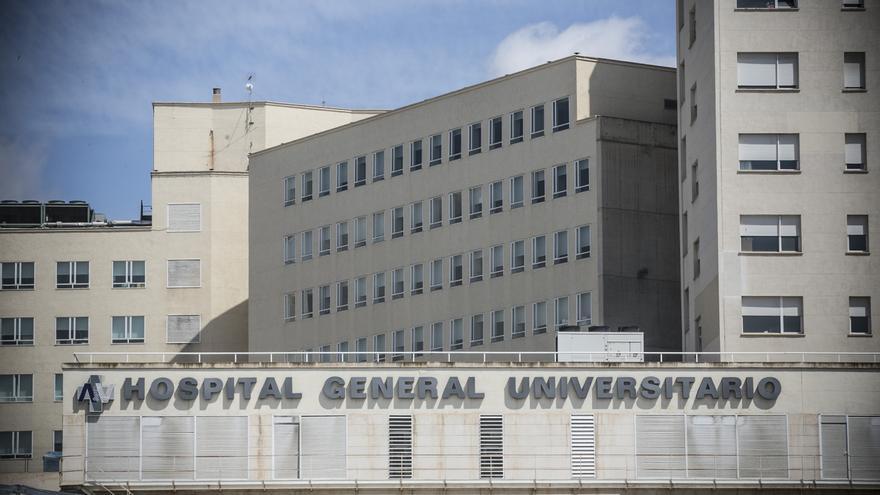 The hospitals of the public health network During the most significant days of the Christmas holidays, they will serve special menus made with typical dishes of these holidays in order to make the stay of patients who remain hospitalized more pleasant.

The menus have been prepared following the nutritionist recommendations and taking into account the medical needs of the patients, maintaining the proper diet for their proper recovery. It is one more measure within the Humanization Plan developed by the Conselleria de Sanidad Universal y Salud Pública, in order to facilitate the stay of patients in hospitals during these days.

Specifically, these special menus will be offered to patients whose pathology allows it on the days of Christmas Eve, Christmas, New Year’s Eve, New Year’s Eve and Three Kings Day, made with typical products such as nougat or Christmas sweets.

At hospital San Juan de Alicante, Christmas Eve dinner will consist of prawn cream, roast tenderloin with mustard and honey with Parisian potatoes and assorted cakes. On Christmas Day, soup with a ball, Christmas stew and Greek yogurt with berries will be served. On New Year’s Eve, inpatients will taste cooked prawns, perch au gratin with a timbale of winter vegetables and chocolate profiteroles. For New Year’s Day, the menu will consist of Iberian assortments, ‘senoyoret’ rice and Greek yogurt with mango coulis.

He General University Hospital of Alicante has prepared a basic menu for Christmas Eve dinner that includes mimosa eggs and cream of corn with chicken shavings and croutons, with a second course of monkfish a la marinera.

At the Christmas meal, a special salad with salmon and the traditional bouillon with balls will be served, accompanied by the Christmas stew; a basal menu that, in its diet variations, such as the soft diet, includes as a second course marinated loin with baked zucchini.

The New Year’s Eve dinner consists of first courses such as the seafood cocktail and the vichyssoise and the main course will be Pedro Ximénez cheek with Parisian potato. Regarding New Year’s Day, patients will be able to enjoy a tub of pate with jam and Cádiz soup, with a second plate of dill salmon with parmentier puree. For dessert, Christmas sweets, fruit cocktail, yogurt mousse, profiteroles with chocolate will be offered and there will also be lucky grapes on the night of the 31st.

At the afternoon snack on January 5, patients will taste the roscón de Reyes with hot chocolate. Finally, the Three Kings Day meal will include covered soup, cod brandade with sesame and black olive oil and pumpkin puree, as first courses, to finish with a main of baked sirloin with apple compote.

At Marina Baixa Hospital, Christmas Eve dinner will consist of a surimi salad, pumpkin cream, sirloin medallion and three-chocolate tart. On Christmas Day noodle soup, Valencian stew and a glass of chocolate will be served. Also, on New Year’s Eve they will taste shrimp salad, secret in agave and rosemary sauce, black forest cake and the traditional grapes. For New Year’s Day, the menu will consist of covered soup, lamb stew and apple pie.

On the other hand, on the afternoon of day 5 a special chocolate and roscón de reyes snack will be served, and on day 6 the menu will consist of a parmentier cream, cod with cauliflower muslin and San Marcos cake.

At Alcoy hospitalAt Christmas Eve dinner, patients will be able to enjoy a menu consisting of egg delicacies, corn cream with chicken shavings and croutons, monkfish a la marinera. Curd with honey and Christmas sweets. The Christmas lunch is made up of Christmas soup with a ball, special green salad, Christmas stew and fruit salad in syrup or pineapple in its own juice.

For its part, the New Year’s Eve dinner will consist of a seafood cocktail, parmentier cream, Pedro Ximénez cheek with Parisian potatoes, yoghurt mousse, grape and Christmas sweets. In New Years, the lunch menu is made up of paté and jam toasts, Cádiz soup, carn rollà, profiteroles with chocolate or natural fruit salad.

The roscón de Reyes will be the afternoon snack on day 5. As for the meal on day 6, it will consist of Kings salad, soup covered with croutons, baked pork tenderloin with apple compote and calatrava bread with caramel.

For its part, the Christmas lunch menu consists of a special salad with Christmas fruits, meat consommé with home-made fillings (or Christmas stew), roasted turkey ham with apricot apricots, currants and deluxe potatoes (or Baked grouper supreme in a thin shell sauce and parmentier mashed potatoes). And for dessert, nougat cake and Christmas sweets.

The New Year’s Eve dinner at this health center will consist of salad and crab cocktail with prawns, mullet roe and pomegranate rain, endives wrapped with Iberian bacon, au gratin with Parmesan and golden sesame; poultry roll stuffed with ham and mushrooms with supreme velute and truffle cake with fruits and whipped cream, Christmas sweets and lucky grapes.

As for the New Year’s meal menu, it will consist of a warm salad with mixed lettuce, cherry tomato and crab sauté with raisins, consommé with stuffing (or mincemeat soup), pork loin braised with Spanish sauce and dried apricots. (or hake roll stuffed with asparagus and grapes with clams), cream profiteroles with cocoa and Christmas sweets.

He General University Hospital of Elche prepares special menus for his patients on these Christmas dates. the patients will be able to taste 4 different menus in which the typical products will not be missing.

On Christmas Eve, patients will enjoy a special dinner consisting of mussel cream with saffron, as a main dish cheek with red wine with raisins and garnish with Parisian potatoes, a three-chocolate tart for dessert and typical Christmas sweets. On Christmas Day, patients will have a traditional bouillon with balls, a full Christmas stew and natural pineapple for dessert.

On New Year’s Eve, patients will enjoy asparagus cream and perch supreme in cava with clams accompanied by baked zucchini, and chocolate profiteroles for dessert. At 0:00 hours, to celebrate the entrance of the new year they will have lucky grapes, as well as Christmas sweets. On day 1, the meal will consist of a Christmas salad with pomegranate and nuts, the traditional dish of Elche’s rice with crust for the main dish, and for dessert a glass of chocolate and cream. On Three Kings Day there will also be a special snack made up of chocolate and the traditional roscón de Reyes.

At Vega Baja hospital in Orihuela The patients will enjoy a dinner on Christmas Eve consisting of a cream of wild asparagus with croutons, some medallions of loin with mushroom sauce and steamed broccoli and a glass of chocolate and cream for dessert.

For the Christmas meal, they will have on the menu a ball consommé, some hake fillets in green oil with clams and a Brazilian cake for dessert.

For New Year’s Eve dinner, a Christmas soup, sirloin with red fruit sauce and San Marcos cake for dessert will be served. At the New Year’s meal, they can enjoy a menu based on a dubarry cream with sautéed pumpkin pieces, a cod confit with asparagus cream and for dessert profiteroles with chocolate. To end the festivities, the Vega Baja Hospital will offer a breakfast with chocolate and roscón de Reyes on Three Kings Day.