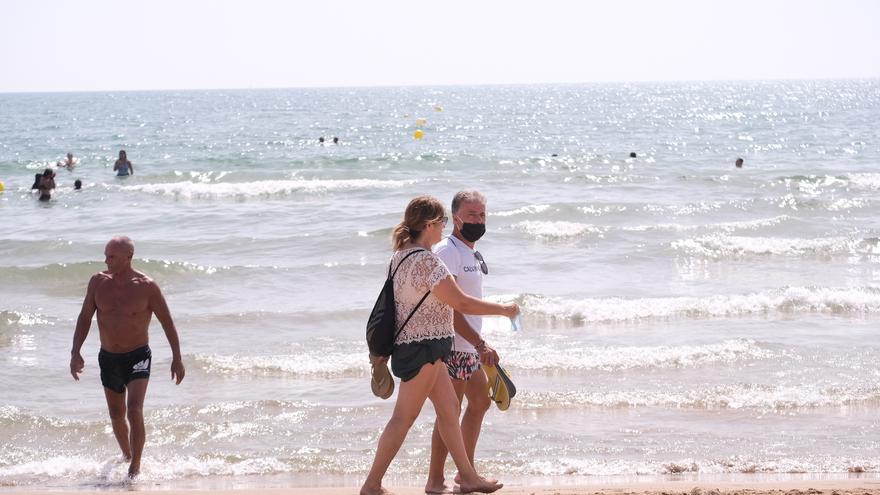 It involves the construction of a new wooden walkway to access the Carabassí beach that will be built between the one that currently exists in the car park and the municipality of Santa Pola.

It will also proceed to the improvement and adaptation of the existing walkway in the same Carabassí beach that gives access from the parking lot to this beach forking into two entrances.

Third, it will be performed on the beach of The Altet. “The Coastal Management has detected that from the car park to the beach some bathers access the dunes between Arenales and the access walkway to El Altet itself. For this reason, it has been proposed to develop a dune protection fence that leaves a path as a path between that parking bag that exists between the El Altet car park and the Arenales beach so that people can use it and access the beach without invading the protected dune area “, reported the spokesman, who added that,” both the construction of the new footbridge south of Carabassí and the Carabassí footbridge that will be renovated and adapted through a path in the El Altet beach, will become the maintenance of the Elche City Council once the agreement is formalized and these new facilities are built “.

On the part of the Municipal Government, these new investments that the Coastal Department is going to make on the beaches of Elche have been valued very positively. “We understand that since 2008 approximately, which began to be built both by Coasts and with the financing of Plan E, the footbridges that we have today in the districts of La Marina, Los Arenales del Sol and El Altet they have contributed to improving access to the beaches and, of course, also to the protection of our dune system “, Díez highlighted.

On the other hand, the Local Government Board has decided to urge the Ministry of Transport to signpost the entrances to the Elche High Speed ​​Station (Elche AV).

“A few months ago the long-awaited AVE station was launched in Elche and the City Council with precision, speed and firmness marked the accesses to the station from the urban area, from the South Round, the Liberty Avenue and the West Round of Carrús to the confluence with the N-340“said Díez, who added that” months after the station is up and running, the N-340 that depends on the Ministry is not signposted and the A-7 is not signposted either at its entrances, both from the Elche-Aspe exit and from the Elche Oeste de Crevillente exit “.

Héctor Díez has said that once the Ministry of Education has proceeded to the tender for the repair of the facade of the Torrellano institute, “the Local Government Board and takes a step further and responds to the request of the Department to discount by 50% the construction tax that the Department has to pay for the repair of this façade “, indicated the spokesperson. In this case, within the payment of the construction and works tax, a 50% discount is applied because it is an action of general interest that affects public services in this In case of competition from the Ministry, therefore, this bonus would leave the payment to the Ministry at 3,059 euros and the City Council would already cover all the necessary procedures for the repair of the facade of the Torrellano institute to be carried out in this case.

As the spokesperson recalled, the Elche City Council In recent months it has made a very important effort to launch different aid aimed at the sectors most affected by the pandemic.

The last ones have been the second edition of the Paréntesis aid, an economic amount that has been launched as a result of the collaboration between the Generalitat Valenciana, the Provincial Council and the City Council, but there are other administrations that are launching additional aid to them. “In the case of Alicante Provincial Council An aid plan has been launched to support the municipalities, which in the case of the Elche City Council means receiving a grant of 550,000 euros also to support the sectors most affected by the pandemic ”.

“As you know, from now on we have focused on the hotel industry, restaurants, nightlife, sports, culture … Also non-essential retail trade and, therefore, we will have to continue working to see those sectors that are also have been affected by a pandemic and so far have not been able to benefit from aid because the purpose of the Municipal Government is that these 550.000 euros they can also go to those who have not been able to avail themselves of any kind of help ”.

Also Read  The chip crisis will mean that 9.4 million vehicles will be discontinued in 2021

On the other hand, two grants have been requested: First, one to renew the El Altet artificial grass pitch that has already been 10 years old and needs a comprehensive renovation. In this case, it is a comprehensive renovation that involves an investment of 126,000 euros that the Alicante Provincial Council will finance with 95,158 euros and that the Elche City Council will co-finance with a contribution of 31,719 euros.

In the case of El Toscar Sports Center, There will also be an investment to modernize and improve the changing rooms, which will involve an investment of 120,000 euros, of which the Alicante Provincial Council will contribute 84,103 euros and the City Council 35,896.

These two actions to improve the artificial turf in El Altet and to renew the changing rooms of the El Toscar Sports Center are part of the actions that the City Council of Elche has presented to the Plan + Sport 2021 of the Alicante Provincial Council.