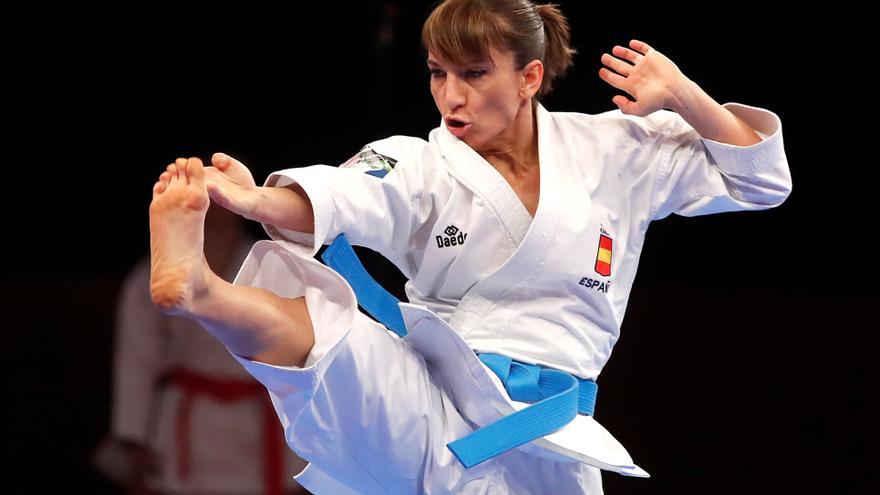 The Tokyo Olympics are here. In this edition of the Olympics, new sports are released that until now had not entered the list of Olympic disciplines. In the Tokyo 2020 program they debut as Olympic sports karate, surfing, sport climbing and skateboarding. But there are also new disciplines and events such as 3×3 basketball, mixed relays in swimming (4×100 styles), athletics (4×400) and triathlon, the 800 m. freestyle for men and 1,500 for women, BMX freestyle cycling, ‘madison’ in track cycling, fencing team events, mixed team competitions in shooting, archery and judo and mixed doubles in tennis table.

Karate has in Tokyo, without fear of exaggeration, a unique opportunity: it makes its debut and at the same time says goodbye as an Olympic sport, since it has already been excluded from the Paris 2024 program. With the anger generated by this decision, the karate men have conspired to urgently demonstrate in Tokyo the spectacular nature of their sport, which is presented with a compact program: only ten competitors per category and a reduction to three of the usual five weights.

The favorites: In kata the candidates for Olympic gold are clear: the Spanish Sandra Sánchez and Damián Quintero and their respective Japanese rivals Kiyou Shimizu and Ryo Kiyuna. In kumite the spectrum of nationalities with podium options opens up much more. The Turkish Serap Ozcelik in -55 kg and the Iranian Sajad Ganjzadeh in +75 are two of those who clearly point to the inaugural Olympic medal table of karate.

Surfing will debut in Tokyo as an Olympic sport and will open a new chapter in its intense history, in which it has gone from being a minority and exotic hobby to one of the most practiced sports on the coasts of the world.

The “cool” air that accompanies it since the explosion of its popularity in the 1960s in the United States and the idyllic clichés that surround it make surfing one of the most attractive sports and associated with young people, which led to the Olympic Committee International to be included in Tokyo 2020.

It is also one of the sports that has grown the most in recent years -even in the context of the pandemic- in terms of the number of practitioners and the economic volume it moves.

Surfing will also be part of the next edition of the Games in Paris in 2024, where the headquarters will be located in Tahiti, in French Polynesia and one of the world meccas for those looking for giant waves.

The favorites: Among those called to win a medal are the Brazilians Gabriel Medina and Italo Ferreira, who lead the WSL ranking, or the Japanese Kanoa Igarashi, star of his country and recent silver in the World Surfing Games. In the female category, the French Johanne Defay, the Australian Sally Fitzgibbons and the American Carissa Moore are some of the surfers who arrive in better shape.

As if an athlete were required to master the 100 meter dash, the marathon and the hammer throw. Sound bizarre? Well, that’s how challenging it will be for the 40 classified climbers -20 men and 20 women- the Olympic debut of climbing. The combination of bouldering results, speed and difficulty will elevate the top medalists, who will be required to be versatile and well-rounded climbers.

Also Read  Adrián Di Monte against Telemundo for the end of 'Así Se Baila': "It's the format's fault"

The favorites: The combination of three such disparate disciplines makes it difficult to make predictions. Medals are defined by a combination of results. Therefore, a climber who is excellent at bouldering may not get on the podium if he is not good at lead or speed.

Among the women, the Slovenian Janja Garnbret stands out. She is double world champion in difficulty (2016 and 2019), bouldering (2018 and 2019) and combined (2018 and 2019). She is the woman to beat in Tokyo. Their great rivals are the Japanese Akiyo Noguchi and Miho Nonaka and the British Shauna Coxsey.

The male category is more open. One of the candidates for the podium is Czech Adam Ondra, who in 2014 became the first athlete to win two world titles in different disciplines (difficulty and bouldering) in the same year. The Austrian Jakob Schubert is double champion in difficulty (2012 and 2018) and won the world combined title in 2018. Another climber to consider is the Japanese Tomoa Narasaki, who won the combined title in 2019, after winning two Championships of the World in bouldering (2016 and 2019).

Its spectacularity, its urban character and its appeal to the youngest have been the main reasons for its inclusion. Agencies

Skateboarding will make the leap to the forefront of world sport in Tokyo, after remaining for decades as an “underground” practice and considered by many to be a lifestyle rather than a sporting discipline. With minimal equipment -a board with wheels-, the skaters execute implausible maneuvers in terms of technical complexity and risk to their physical integrity, in what promises to be one of the most colorful competitions of the Games.

Also Read  Brazil looks to health collapse after registering a new daily record of more than 1,600 deaths from Covid-19

Its spectacular nature, its urban character and its appeal to the youngest have been the main reasons for its inclusion in the Tokyo Olympic program, and for it to also be part of the next Games to be held in Paris in 2024.

The favorites: The American Nyjah Huston, the current leading figure in skateboarding, is a clear candidate for a medal in the street test. The Japanese Yuto Horigome, brand new world champion and number two in the World Skate ranking, will be one of the few capable of contesting the gold, something to which the Brazilian Kelvin Hoefler will also aspire. In the park, all eyes will be on Americans Heimana Reinolds and Cory Juneau, and Brazilians Luiz Francisco and Pedro Barros. The Japanese Misugu Okamoto and Sakura Yosozumi dominate the women’s park category, where there will also be enormous anticipation to see in action the British of Japanese descent Sky Brown, at only 13 years one of the world’s skate sensations.

In the women’s street event, Brazilians Pamela Rosa and Rayssa Leal, the latter also 13 years old and the youngest Olympic representative in the history of her country, are the top contenders for gold, with the permission of the recent Japanese Aori Nishimura world champion in Rome.