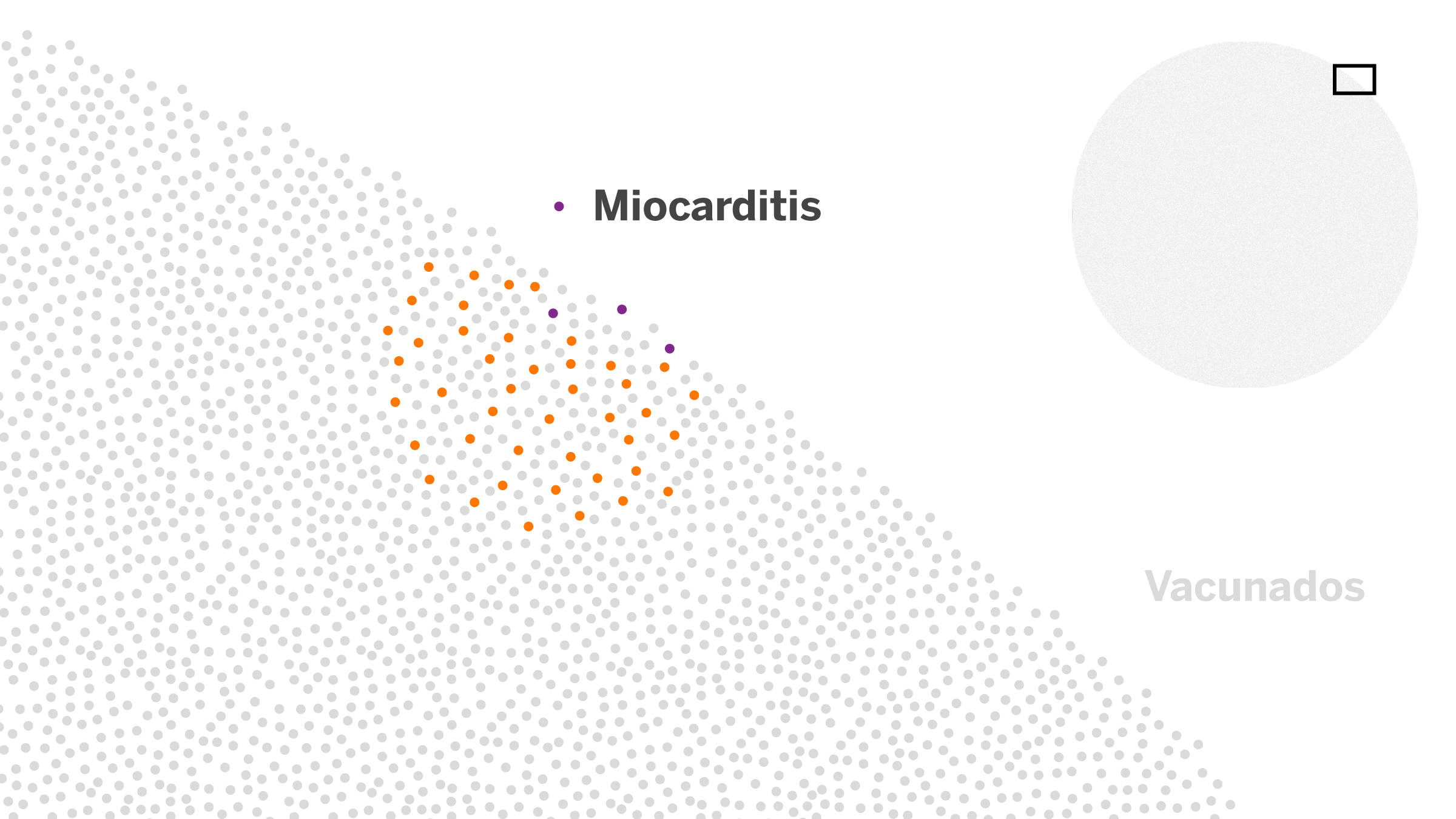 Health authorities around the world have detected hundreds of cases of problems in the heart, usually mild, in people who had just received the Pfizer or Moderna vaccine, both with similar ingredients. It is a presumably extremely rare side effect – the United States has recorded just over 1,200 cases after administering about 300 million doses – but it is concentrated in men younger than 30 years after receiving the second prick. The most commonly observed disorder is myocarditis, inflammation of the heart muscle, sometimes associated with pericarditis, the inflammation of the membrane that surrounds the heart.

Young people, still unvaccinated and many of them runaway after a year and a half of sacrifices, have become the engine of the pandemic in countries like Spain, with a cumulative incidence of 814 cases for every 100,000 twenty-somethings, almost four times more than that of the general public. Several autonomous communities, such as Catalonia and the Community of Madrid, have decided to start vaccinating those under 30 years of age, which has opened speculation about whether the risks of injection, which are negligible, are nevertheless greater than its benefits, since the effects of covid are also lower in this age group. Experts from the U.S. Centers for Disease Control and Prevention (CDC) they have taken accounts And their verdict is clear: the benefits “clearly” outweigh the risks for teens and twentysomethings as well. Even in men aged 12 to 29, who are the group most affected by the unusual inflammation of the heart, only about 43 cases of myocarditis would occur for every million vaccinated, while 560 hospitalizations and six deaths from covid would be avoided.

The CDC has analyzed the risks and benefits of the Pfizer and Moderna vaccines in each age group, in women and in men, assuming that the efficacy of the two doses reaches 95% and calculating the COVID cases avoided throughout four months, with an incidence of about 100 cases per 100,000 inhabitants. The greatest impact of vaccination is observed in men over 30 years of age: for every million vaccinated, 4,600 hospitalizations and 700 deaths from covid are avoided, with just three or four cases of myocarditis.

The CDC analysis, led by the American pediatrician Sara Oliver, does not include two other good medical reasons to get vaccinated: to avoid the sequelae of persistent covid, such as loss of smell and the sensation of shortness of breath, and cases of pediatric multisystemic inflammatory syndrome, a serious disorder associated with covid in a small percentage of children. In a report posted this tuesday, CDC’s Advisory Committee on Immunization Practices upholds its recommendation to vaccinate all people 12 years of age and older “as soon as possible”. The authors also recall other benefits of mass vaccination of young people, such as the possibility of calmly resuming social activities and the control of emerging variants of the coronavirus.

The European Medicines Agency (EMA) has been evaluating since April the alleged link of myocarditis cases with the Pfizer and Moderna vaccines. Its conclusions are expected in the next few days. On June 11, the EMA stated that it still there was not enough data as to establish a causal relationship between vaccines and inflammation of the heart. The European agency recalled that myocarditis can also appear apart from vaccines, after an infection by a virus or an immune disease. The incidence of myocarditis in Spain in a normal year reaches 110 cases per million inhabitants, according to the Spanish Agency for Medicines and Health Products. Covid itself can also cause inflammation of the heart, as shown a study with 1,600 American athletes, in which 37 (2.3%) had myocarditis after passing the covid.

Scientists from the United States Army detailed on June 29 the exceptional cases of 22 young military men with myocarditis after a vaccination campaign with 2.8 million doses from Pfizer and Moderna. Researchers they found no alternative explanations and they pointed to a side effect of the vaccine itself. The usual symptoms of myocarditis – such as shortness of breath, palpitations, and chest pain – usually disappear with a simple rest. In the United States, there are 309 hospitalizations for myocarditis associated with the Pfizer and Moderna vaccines. The vast majority of patients were discharged within a few days and no deaths have been recorded.

The pediatric Federico Martinón, from the Hospital Clínico Universitario de Santiago de Compostela, emphasizes that most cases of myocarditis tend to be mild and spontaneously resolve. “It appears in a very small number of cases, less than 24 for every million vaccinated [según los datos de Israel], and with good prognosis. What is less rare is that you have cardiac involvement as a result of infection by the SARS-CoV-2 virus, “he warns. “I would tell a young man that, when it is his responsibility to get vaccinated, get vaccinated.”