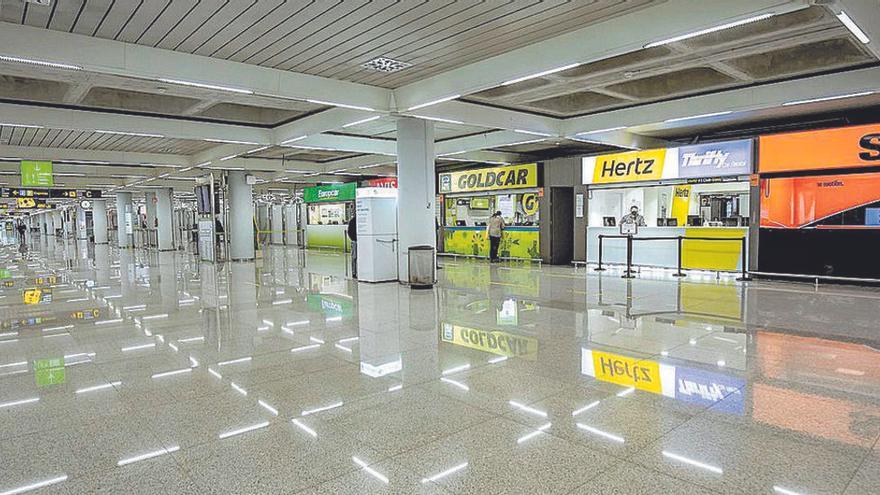 A judge from Palma accuses the airlines, almost all in general, of acting recklessly, because their refusal to return the money for the flights that had to be canceled as a result of the covid. It also maintains that since passengers have no other way out than to sue the companies, andWhat these complaints do is further worsen the situation of collapse already suffered by the courts, when the current situation is already very complicated, due to the economic crisis caused by the pandemic, which makes the task of judges more and more difficult. He dedicates this forceful criticism, in several of his last sentences, Magistrate Margarita Poveda, head of the commercial court number 1 of Palma. It is the magistrate who, among others, is in charge of resolving the demands presented by passengers who feel harmed by the airlines.

The health pandemic it has punished the airlines in a special way. As most of the countries in Europe were confined, most flights had to be suspended. The passengers could not fly, due to circumstances beyond their control, and the majority claimed that the company return the money they had paid for the tickets.

Most companyairlines ran out of cash because they couldn’t fly their planes and many of them raised an alternative solution to customers who could not fly. They proposed the possibility of giving them a kind of voucher, that could be exchanged in the future for another plane ticket. However, not all customers were willing to accept this exchange. and they went to the companies, demanding the return of the money.

The commercial magistrate repeats in her sentences the lack of interest shown by airlines to address these claims, since they haven’t even answered them. And it is because of this lack of interest that the judge considers that the airlines are acting as “bad faith and recklessness “. So much so that, in addition to forcing them to fully refund the price of tickets for flights canceled by covid, lthe payment of the costs is imposeds. These legal expenses are usually, in most cases, higher than the compensation itself, since it includes the minutes of the passengers’ lawyers.

But in the judgment of the magistrate, the companies are acting with the same bad faith when they are negotiating, outside the courts, a possible exchange of tickets for the suspended flights. In the ruling, the magistrate assures that these companies, which only communicate with passengers by telematic means, they offer an alternative that is either difficult to understand, or even to use. The actions of these aviation companies respond to an attempt to “manipulate the consumer so that he continues to be his customer and not assume the losses that a circumstance entails. force majeure, such as the cancellation of flights as a result of the pandemic, “according to a complaint in several of his sentences.

The magistrate makes these statements when she even questions that passengers have the right to recover this money, since the flights were not suspended due to the management of these companies, but because of outside circumstances, and unpredictable, as was the development of the pandemic. However, these doubts have not prevented the judge from condemning the airlines, for the incorrect way in which they treat their customers, and especially for the strategy they are using to not return the money to passengers, who have no other exit to go to court. All these economic judgments on air claims are final and cannot be appealed. By also including costs, companies have to face higher losses than if they had accepted immediately, Without the need to go to court, return the price of tickets for suspended flights. This criticism extends to almost all companies, which have followed the same strategy during the pandemic.