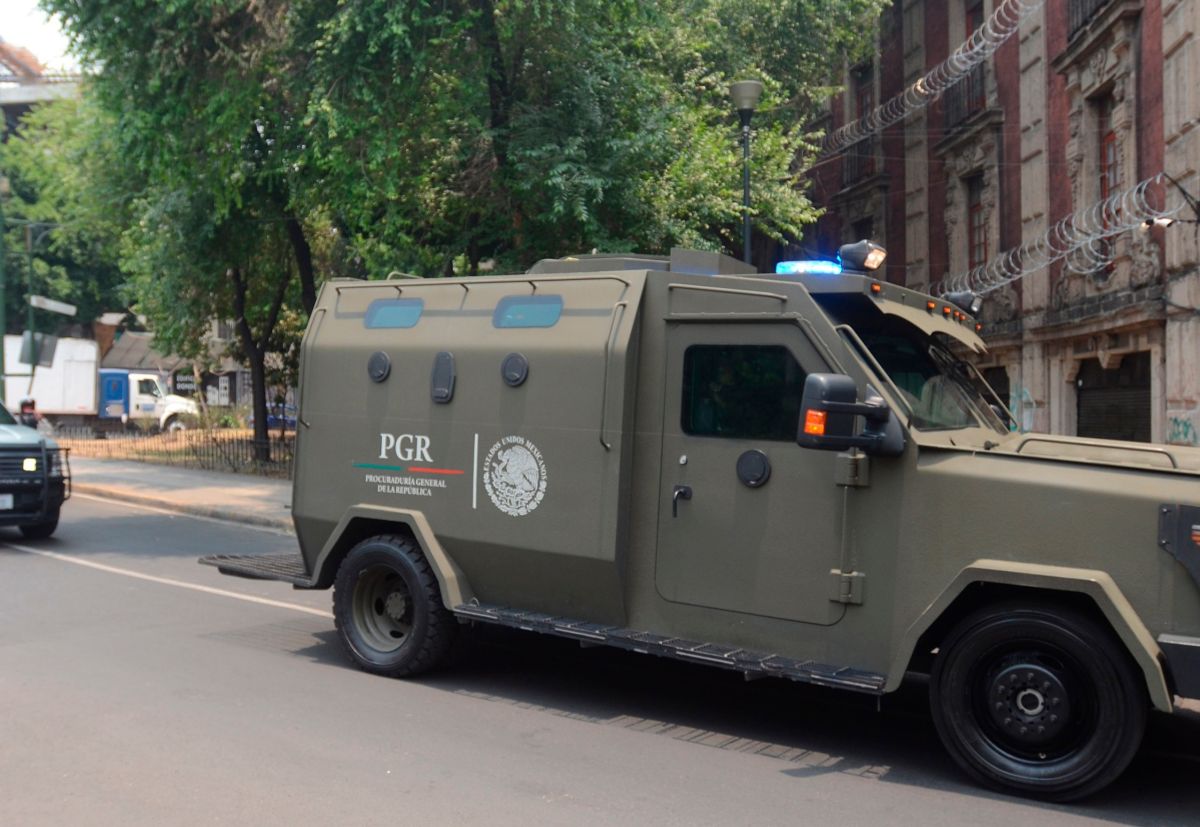 He was the founder of the Sinaloa Cartel, a great friend of the “Chapo” Guzmán And now his release has put the Mexican government in a difficult situation. Is about Héctor “El Güero” Palma.

The Mexican Attorney General’s Office requested a federal judge to house the Sinaloan capo for 40 days to investigate him in a preliminary investigation for the crime of organized crime.

“The Office of the Attorney General of the Republic (FGR), through the Office of the Special Prosecutor for Organized Crime Investigation (SEIDO), obtained a precautionary measure of arraigo against Jesús Héctor ‘P'”, indicated the FGR in a bulletin.

A strong deployment of several vehicles from different security forces and the Prosecutor’s Office have transferred this powerful capo, former leader of the Sinaloa Cartel along with Joaquín “el Chapo” Guzmán, who had been released after the order. from a judge this weekend.

As a result of an investigation, on May 4, 2021, the Federal Public Ministry (MPF) issued a detention agreement “in an urgent case with respect to said individual, as there is a well-founded risk that the accused could escape from the action of justice”, reported the Attorney General.

He added that for this reason he could be recaptured this Tuesday when the drug trafficker was preparing to leave the maximum security prison of the Altiplano, in the central State of Mexico. “By virtue of an acquittal issued by a judicial authority.”

Subsequently, and after reading the constitutional and legal rights that assist him, Jesús Héctor “P” rendered his ministerial statement.

“Due to the above and since the accused is probably related to acts constituting crimes against health and organized crime, and in order to gather more evidence, the MPF requested before the competent jurisdictional authority the precautionary measure of arraigo”he explained.

A judge evaluated the case and granted the FGR this precautionary measure against “El Güero” Palma, thus decreeing “the arraigo for 40 days against this person, which must be executed in the Federal Investigations Center of the Attorney General’s Office.”

The defendant was taken to the so-called National Center of Arraigo, in the Doctores neighborhood (neighborhood) of the capital city center, where he may stay for up to 40 days while the investigations against him advance.

Arraigo is a measure dictated by the judge, at the request of one of the parties, which is granted when there is fear that the accused will be absent. That is, in the face of the danger of leakage or derivatives.

Last Saturday, during the Labor Day holiday, the Second District Court for Federal Criminal Proceedings in Jalisco, a western Mexican state, acquitted Palma of the crime of organized crime.

The president of Mexico, Andrés Manuel López Obrador, He then criticized the decision for issuing the release order over the weekend.

The man, who was first imprisoned in Mexico in 1995 and then in the United States from 2007 to 2016, was until now an inmate of the Altiplano prison and known as one of the founders of the Sinaloa Cartel, one of the most powerful in Mexico.

Keep reading: The maneuver of the conductor of the Line 12 Metro with which he prevented the tragedy from being even greater