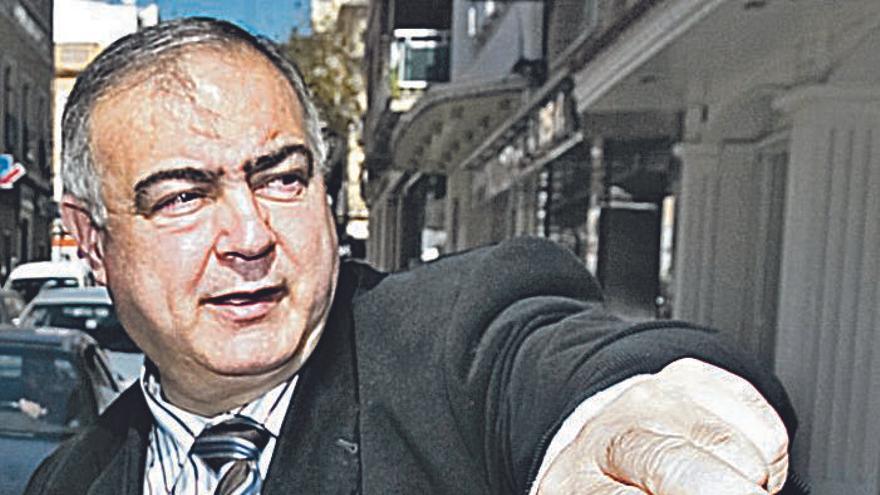 Anti-corruption prosecutors Felipe Briones and Pablo Romero ask that he be sentenced to 9 years in prison for the crimes of administrative prevarication and continued fraud and the fraud of the former councilman of the PP in Calp and former provincial deputy Juan Roselló. They claim the same penalty for their brother-in-law, Francisco Artacho. Both are also charged in the Calp garbage fraud (another separate piece of the so-called Brugal case), whose trial was supposed to have taken place in January, but which was postponed until the autumn due to the pandemic.

He also faces 9 years in jail Jesus Lara Santamaría. He was the administrator of Obras Hidráulicas de Levante (OHL), the company created in 1994 by Artacho under the name of Buzoneo IRD and which was dedicated to distributing advertising around houses. On February 17, 2004, the date on which this plot began, the mailbox firm was renamed OHL (the name gave the problem and masked the inexperience of the company) and changed its corporate purpose to carry out civil works.

Just a month later, the Calp City Council awarded the Aguas de Calpe company, of which Roselló and Francisco Zorrilla and manager Alberto Mut were CEOs (the latter are also prosecuted for this scam and face 7 years and 3 months of jail), some works of the water network valued then at 4.7 million. It was a direct award and without a public tender. The PP ruled with an absolute majority. Roselló was also a water councilor. The reason for the “finger” was that such momentous works had to be commissioned by a company with experience and technical training. Aguas de Calpe subcontracted to OHL, which, according to anti-corruption prosecutors, did not give a stick to the water. He did nothing more than subcontract the work to Montubo Obra Civil, whose manager, Salvador Ibarra, is also charged with asking for 6 years in prison.

In reality, OHL did something else. It received 3.1 million euros from Aguas de Calpe. And he paid Montubo 1.3. The difference evaporated. To make matters worse, that last merchant hired Exca-Gata and Vives Dalmau, two firms from the Marina Alta that were the ones that really chipped stones and laid the pipes, and left them 245,233 and 83,343 euros to owe.

Prosecutors also claim 6 years in prison for Victoriano Sánchez and Antonio Ramón Céspedes, who allegedly took money from OHL’s bank account and gave it to Artacho. One of the deliveries, according to the indictment, reached 435,801 euros.

The seven implicated in what anti-corruption prosecutors describe as “Artifice” of overpricing and subcontracting to “profit” from public money, they face prison terms totaling 59 years.

That the works were inflated was confirmed by the Price Commission of the Generalitat Valenciana. His opinion was signed by a professor from the Polytechnic of Valencia and another from the University of Alicante. They concluded that the works were inflated by 1.8 million euros. And a not insignificant detail: the work of the network and the money that was lost along the way was paid by the residents of Calp via fees.

Nicolás Agudo, the courageous businessman who has kept the cause alive

“I have been waiting 16 years for justice to be done.” Nicolas Agudo stumbled upon the plot of Aguas de Calpe and he was ruined and ill. His company, Exca-Gata, did the works. Montubo Obra Civil, the last of the subcontractors, left him to owe 245,233, a hole that condemned this company to bankruptcy. «I have lost my sight and I am sick. But they have not been able to me and I am going to fight until the end ». Agudo, 67, has kept this cause alive. “It is one of the oldest cases of corruption and the accused still do not sit on the bench. They mock justice».