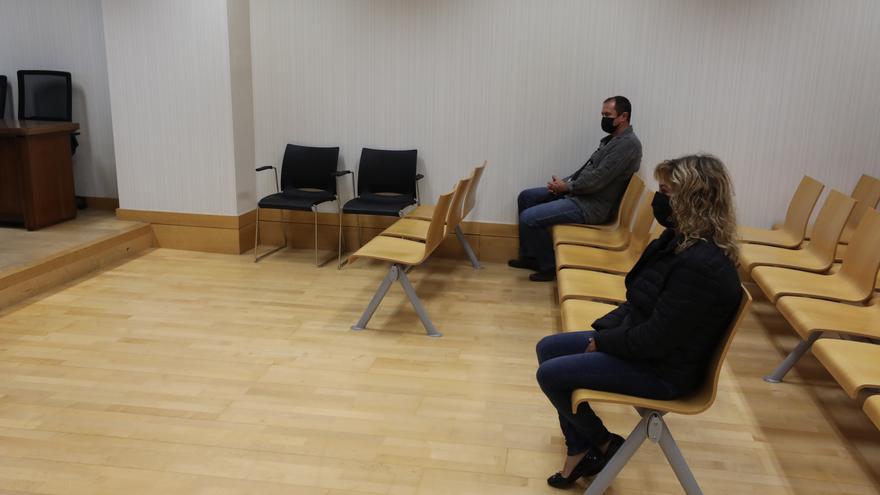 With this agreement, the Prosecutor’s Office and the popular action exercised by Elche CF in this case reduced their request from two and a half years in prison to three months in prison, estimating that there is an extenuating circumstance for undue delays. The fine that was claimed from them has been reduced by half and has remained at 231,000 euros.

In case of non-payment, it would be replaced by another six months in prison. In the same way, the court has decreed the confiscation of the goods acquired with the laundered money, a house in Santa Pola and two other high-end vehicles. The value of these assets, according to the police investigation, exceeded 200,000 euros.

The prison sentence has been suspended after a sentence handed down in voce in the courtroom itself and is now final as the parties have resigned to appeal. The accused couple will not enter prison, unless there is a non-payment of the fine or commit another crime in the next two years.

The agreement has been reached this Monday at the Elche headquarters of the Hearing between the Prosecutor’s Office, the popular action and the defense of the two defendants. The date on which the trial will be held for the main cause, fraud in the sale of tickets at Elche CF, remains to be determined.

The arrests for ticket fraud occurred in 2013. The Prosecutor’s Office places the then head of the club’s Ticket Office and another defendant at the forefront of a plot maintained over time. Both had administrator passwords for the computer program and would have used them (giving them to other people when necessary) to issue tickets, passes and invitations with the appearance of legality that were nothing more than copies with the altered barcode from the 2007-2008 season until they were arrested in 2013.

Tickets were supposedly distributed by ticket offices and the club staff were instructed to sell them preferentially (before the authentic tickets) and to keep the collection separately. Subsequently – always according to the conclusions of the prosecutor and the inquiries of the Economic and Fiscal Crime Unit (UDEF) of the National Police.

Two other defendants, a woman and a man, also used their own password from locker 1 to carry out the same operation. Finally, the collection and counting of unaccounted money was carried out by four people, one of them the wife of the box office manager, to whom he gave variable financial amounts for their collaboration.

Elche CF figures the economic damage caused to the club with the tickets at 1.3 million euros and the one that refers to the season tickets at 232,000 euros, while the Police have been able to determine that only for the tickets would be 643,000 euros. Thus, the Public Prosecutor requests that all the accused respond jointly and severally for the compensation, which would be between 1.5 million euros and 870,000 euros and which would be determined in the trial.