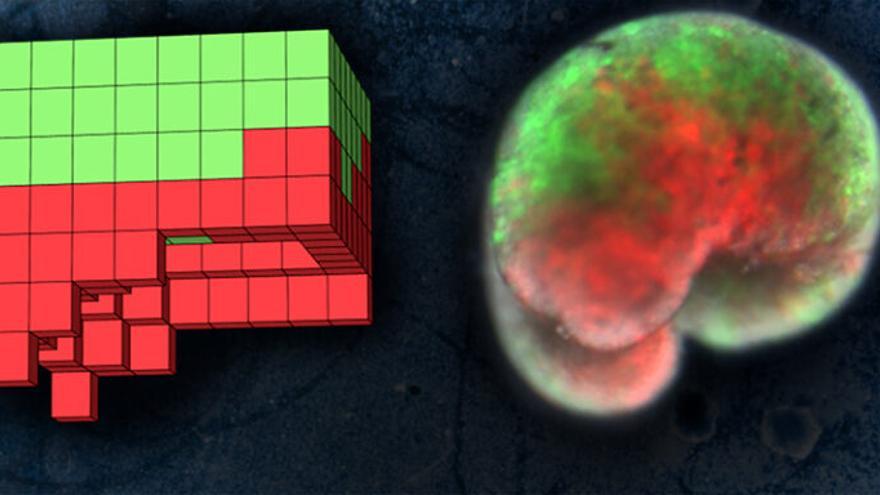 Computer scientists from the University of Vermont and biologists from Tufts University have created in the laboratory the first generation of artificial living beings, living cellular robots so sophisticated that they have their own identity and free will.

The feat began last year, when this same team reused living cells, extracted from frog embryos, and assembled into artificial components to build a new form of life that can be mistaken for microscopic natural living beings.

They called those hybrid beings, half natural, half artificial, they called Xenobots: at a millimeter wide, they can move towards a target, pick up a payload (like a drug that must be delivered to a patient’s organ) and even heal themselves. themselves after being cut.

The entire process of creating this strange creature was governed by an algorithm inspired by the operation of two types of cells capable of organized movements.

That algorithm it was inserted into stem cells from African frog embryos known as Xenopus laevis, which is where they got the name “Xenobots.”

The result was the creation of synthetic organisms designed automatically by computer: they combine different biological tissues and are capable of carrying out computer-programmed functions.

Those body shapes never seen in nature began to work together and formed new cell structures following the instructions of the algorithm.

New generation of Xenobots Not happy with this result, the researchers have experimented again with embryonic cells of the same species of frog, although with an important novelty. The results of this new development are published in the journal Science Robotics.

The novelty is that the new Xenobots are not limited by the genetic program corresponding to their nature, nor has a growth computer program been applied to them.

The result has been no less spectacular: the cells of the new generation of Xenobots took shape by themselves, spontaneously, without prior programming, and acted as a community, reacting to other cells and participating in collective activities.

These hybrid cells can act as sensors, motors for movement, communication and computing networks, and recording devices to store information, the researchers note in a study. release.

Quanta magazine highlights the profound implications of this result: the most important thing is that it reveals how cells function outside the genetic context that is their own by their nature.

The first thing they appreciated is that the frog genome is not exhaustive, since it does not force embryonic cells to proliferate, differentiate and organize in a single way.

Michael Levin, one of the architects of this development, highlights in this regard that individual cells are not determined only by genetics, but that, although they are guided by the genome, they have decision-making capacity (a kind of cellular free will) that allows you to create different bodies.

He considers that what the genome contributes to natural cells is only a mechanism that prompts them to undertake goal-directed activities, and not a closed program of evolution. The important thing is to adapt and survive.

If that is correct, then the variety of body shapes and functions that occur in natural organisms is not so much the result of specific developmental programs written in their genomes, but of their cellular behaviors, which can come from both the genome and the environment, highlights Quanta.

Also human cells? The researchers also think that, if the organization observed in these hybrid organisms is at the base of the multicellular animal organization, the human cells could also behave in the same way.

That would mean that, in the future, we may be able to get our cells to do things that they could theoretically do, such as limb regeneration.

Unlike the Xenobots, our cells would not yet have “realized” that they have that option. In the right environment, they may be able to develop that ability.

That cells can be programmed to collectively “calculate” their own solutions for growth and shape, rather than what their genome indicates, makes evolutionary sense as well, because it means that the collective goals of cells in a tissue survive. to traumatic disturbances, the scientists explain.

They would even have an “I”

They would even have an “I” The implications don’t end there: Xenobots can even be considered organisms, in the sense that they represent a collection of cells with organized, goal-directed activity: they have some kind of identity or “me,” the researchers note.

And although these artificial living organisms do not have a nervous system, they can communicate with each other: between Xenobots there is an exchange of calcium ions like that observed between neurons.

From these intercellular communications emerges a kind of code that allows cells to organize more or less independently of their genes, thus challenging old ideas about what defines an organism.

Top photo: Image of the Xenobot. On the left, the anatomical plan of the organism designed by computer. On the right, the living organism, built entirely according to a bio-inspired algorithm, from frog skin (green) and heart muscle cells (red). (Credit: Sam Kriegman, UVM)