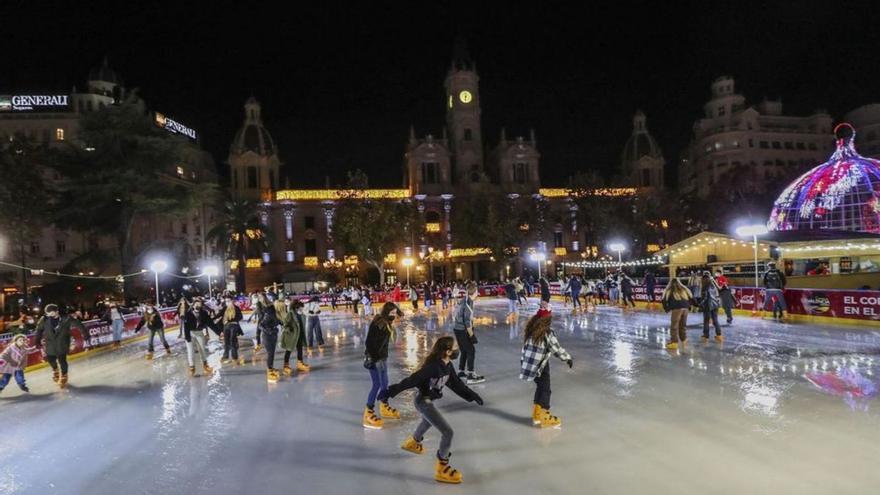 “Black shit”, “go to your country”, “your daughter has a dangerous and disgusted face”, are the racist insults they had to hear a ten year old girl and her mother While the minor skated on the ice rink in Valencia’s town hall square, as denounced this Friday by the African Union federation of Spain.

The events occurred on January 5, hours before the parade of the Magi. The victim has filed a complaint and, as they explain from the Union, several eyewitnesses to the attack are willing to testify to tell what happened.

After what happened, the African Union of Spain has called a rally in rejection this Sunday, January 9, at 12 in the morning in the same place. “Phrases so unfortunately known as ‘black shit’ or ‘why don’t you go to your country’ are still common. show our rejection for the insults leveled against a woman with her children, “reads the association’s statement.

As stated by the African Union, “last January 5 in the afternoon in the town hall square of our city our colleague suffered a racist attack and highly degrading by a family who, like her, was enjoying the ice rink with their children “.

Mohamed Mboirick, president of the African Union of Spain, explained that, at the time of the attack, the support of the rest of the citizens who witnessed it was unanimous, even going so far as to block the way for people who rebuked the victim while calling the police.

In addition, Mohamed Mboirick continues, several people who witnessed the events contacted the association to give their testimony in the event of a trial.

The victim and her daughter, who are part of the African Union, “called the association nervous and crying. We reassured them and went to file a complaint with the police, “says the association’s spokesman.

According to Mboirick, “the girl began to skate when another minor fell to the ground. At that moment the parents began to reprimand the girl and her mother with racist insults.”

The hate crimes due to racism and xenophobia remain the first category in this type of infractions collected every year in the reports of the Ministry of the Interior. They have been since these figures were collected since 2013. Thus, in eight years, this type of crime has increased by 66 percent in C. Valenciana. In the year 2021, 58 crimes of this type were detected.

Susana Gisbert, delegate prosecutor for hate crimes, assured that these cases are, along with lgtbiphobia, the most common because they are also the easiest for citizens to identify. The fact that the number of crimes of this type grows every year does not have to be bad in fact, but it may be due to a increased awareness of citizens in this matter. For this reason, Gisbert encourages victims to report to the police station and directly to the Public Prosecutor’s Office where “we are specialized in these matters.”