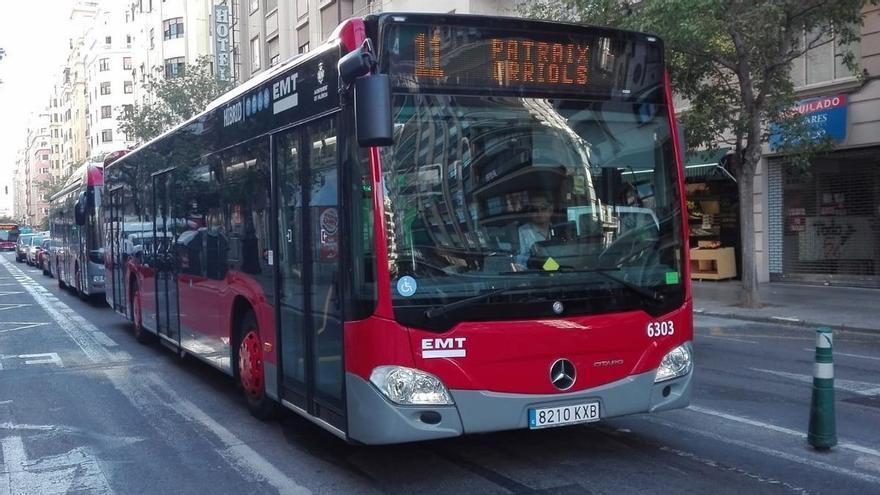 The The family of a 36-year-old autistic man, Eduardo, has filed a complainta at the National Police Station against two agents of the Local Police of Valencia for the alleged discriminatory treatment that this disabled person could suffer when riding the bus of line 93 of the Municipal Transport Company. Likewise, it has submitted a complaint letter to the municipal company to take action on the matter.

According to the sister of the affected person, Rosa, his brother was traveling on the bus with all normality, and as he has been able to tell his relatives a posteriori, it seems that his behavior – derived from the pathology he suffers – was uncomfortable and made other travelers who were in the vehicle nervous.

At least a woman alerted the bus driver who called the local police. After two or three stops, always according to the family’s account and as stated in the complaint filed by the mother, two officers got into the car and proceeded to forcibly lower the man, arms behind his back. Once at the stop, they forced him to empty his pockets and searched him. After this police intervention, the agents left this person alone in this place and left, according to the complainants.

It so happens that Eduardo has a 67% disability and suffers from stereotypes, which are repetitive movements and sounds that he makes involuntarily. This behavior could be the one that motivated the complaints of the other passengers. In addition, Eduardo is a legally incapacitated person, in fact his mother is his legal guardian. Therefore, Rosa and his family want to know what led the intervening agents – allegedly – to leave him abandoned a few blocks from his house, without calling his legal guardian. Therefore, as stated in the complaint, it is evident that this person shows symptoms of mental incapacity due to his difficulties in answering the questions asked by the agents and in expressing himself correctly. At the time of the incident, Eduardo had his house keys, his ID in his wallet, his mobile phone and a bottle of hydroalcoholic gel. For this reason, his mother is more indignant if possible since they could have called her and chose to leave him at some point on the route of 93 although relatively close to his home.

Eduardo had to go home alone, “Fortunately it seems that he recognized where he was and came back on foot but he was in a state of shock”says Rosa. He has been taking a higher dose of anxiolytics for several days and not sleeping. However, as Rosa recounts, it is not the first time that Eduardo got on this bus and others on this line because after many years of work they have managed to give him a certain degree of autonomy. For this reason, last Sunday, March 14, when the events described occurred, between 12 noon and 1 p.m., Eduardo had gone out for a walk as he normally does.

Complaint to the company

The sister regrets “the lack of information” they have suffered because she called – according to her account – the Local Police to report what happened and they attributed the episode to “a misunderstanding.” As for the EMT, they have sent a letter of protest because they understand that the driver did not act appropriately. The reason that has led Rosa and her family to report is that they want to know exactly “what happened and why it happened.” Therefore, they seek that what happened to Eduardo “does not happen to anyone again because there are protocols for action that have failed: These agents and the driver have shown a total lack of empathy”.

EMT sources told this newspaper: “We will study the complaint filed with the Citizen Attention Office.” At the moment, “what we know is that the driver received a complaint from some passengers and activated the protocol, leaving the investigation in the hands of the Police,” they concluded.

Also Read  Karina Gould: "The one in Venezuela will be the biggest migratory crisis in the world at the end of the year if the current trend continues" | Future Planet